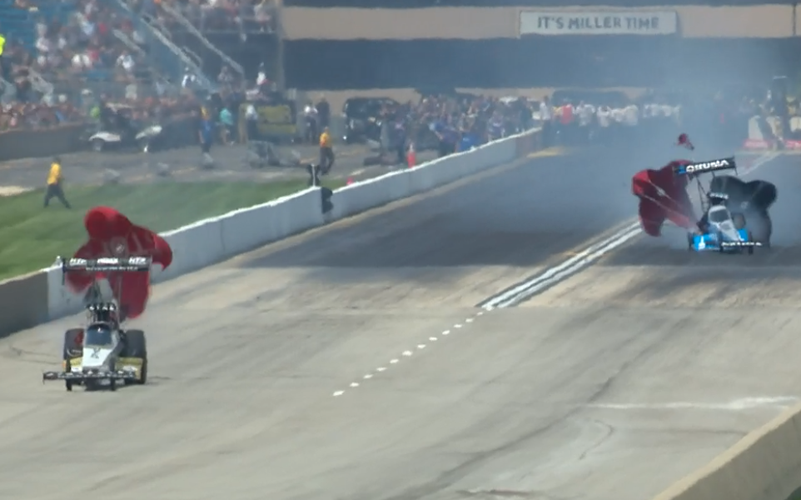 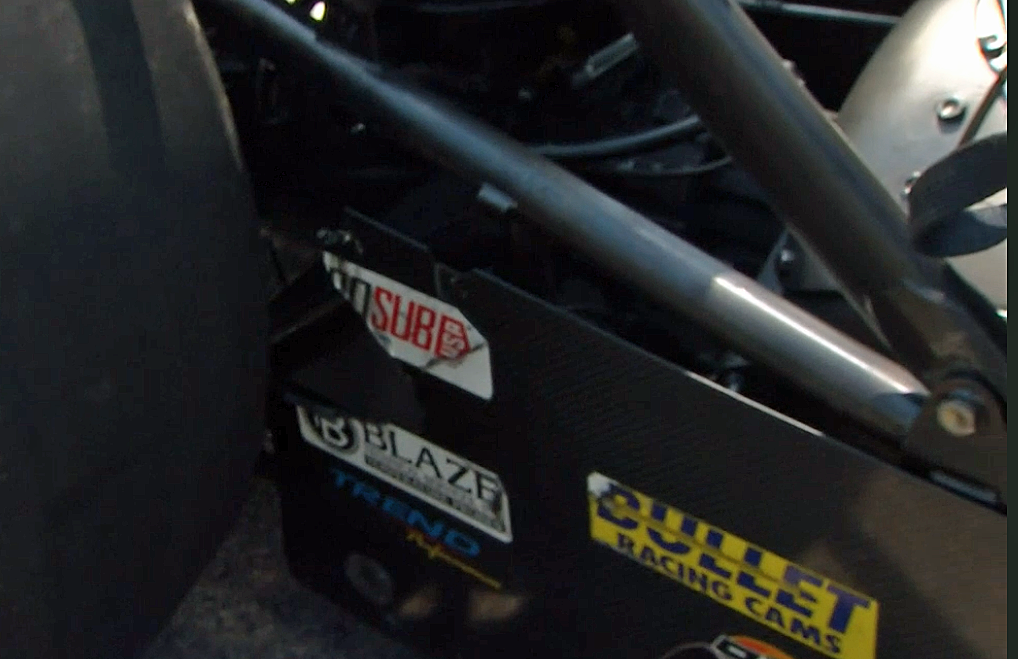 Top-five Top Fuel racer Leah Pritchett controlled both her Okuma Dragster and her frustration Sunday during the opening round of eliminations of the NHRA Route 66 Nationals at Joliet, Ill., following a massive engine explosion that blew off her right rear tire.

The accident happened early into the Don Schumacher Racing driver’s run against T.J. Zizzo in the Rust-Oleum Dragster, and she quickly stopped the car in her lane and climbed out uninjured.

“We’ll race another day,” she said moments afterward. “I’m most disappointed this moment we weren’t able to turn on the win light for Okuma right now. We’re trying to get our ducks in a row [financially] so we can potentially race at Topeka. That’s what’s next, hopefully.”

The next stop on the Mello Yello Drag Racing Series is this coming weekend at Topeka, for the Menard’s Heartland Nationals presented by Minties.

Zizzo, who had just told Pritchett in the staging lanes, “Good luck and be safe,” said, “When you see something like that happen, you know just how dangerous this sport is.” He said when he puts his children on the school bus and goes to the dragstrip some days, he knows he “may not see them again, because this is a dangerous sport. But the NHRA keeps this as safe as they can. We have great professional drivers out here.

“Leah did a great job getting that thing to a stop. Hat’s off to her,” he said. “But I will tell you now, to see something like that happen and the damage that it causes, it’s just nice to see she’s safe.”

Early assessment at the scene pointed to the failure of the rear-end coupler that connects the clutch to the rear end. But the Todd Okuhara-led crew at Don Schumacher Racing will sort out the situation.