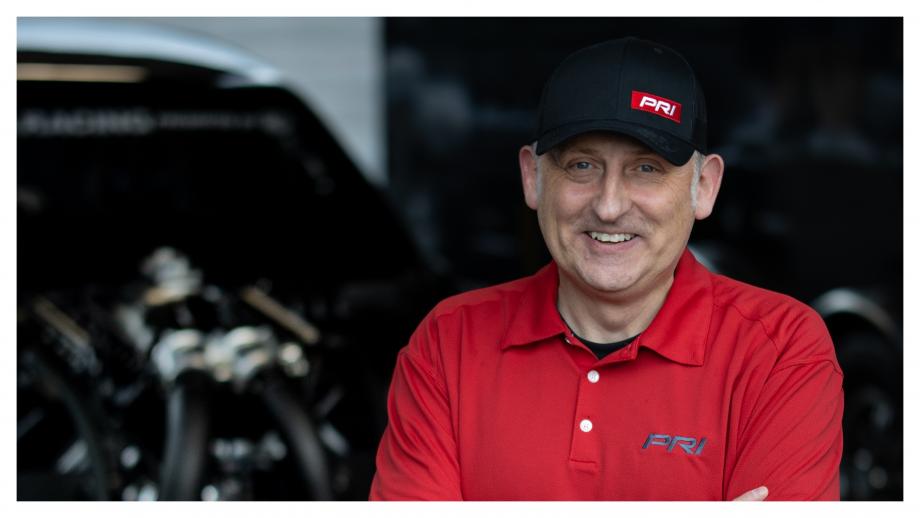 From the time Dr. Jamie Meyer took over as president of the Performance Racing Industry (PRI) Trade Show in May, he understood a day was coming when he'd face an unprecedented challenge.

Simply put, Dr. Meyer is the first PRI Show executive to be challenged with staging the annual trade show amid a global pandemic.

"It's a super complex area," Meyer said. "I'm respectful, especially folks like you that have caught it, that safety is just paramount. There's a lot of politics involved, but at the heart of this, we have to keep people safe and certainly not pushing this thing to make money or to do anything foolish like that. But many industry folks rely on the PRI Show to help them set up their next year and continue those relationships.

"If you look at it at a macro level, if the show can go on safely and the folks that go there have a better year than they would have, we've served the industry, and that's what we all want."

Meyer and his team deal with a different kind of security challenge, one based on health security and protecting show attendees from an invisible enemy.

"I come from a research background. I have a Ph.D. in anatomy and cell biology," Meyer revealed. "I used to design cardiovascular drugs. I've had way worse things on my hands than COVID-19. I've been exposed to way worse viruses than COVID-19, but that was in a controlled setting. It was in a lab, and I wore safety equipment. I am extremely respectful of how evil these little pieces of DNA can be to the human body."

Meyer has had several business models to study when it comes to running the 2020 PRI Show.

"There's what we know from a CDC standpoint and from accumulated knowledge of scientists worldwide," Meyer explained. "That's the very macro level, but then you start looking at what the States are recommending individually. Then, you look at the cities, and Indianapolis is clearly a trade show town. Their industries are set up around the trade show environment. I'm talking specifically about the Indiana Convention Center, all the restaurants in that area, the hotels, the transportation companies, and many other people that serve trade show visitors."

The city of Indianapolis recently released an economic report citing in the last 40 days they have hosted over 40,000 guests from 18 events. All but one of those events hosted by the Indiana Convention Center, which was recently approved by the City Council for a 165 Million dollar expansion.

The struggle for Meyer and his team is real, considering the annual SEMA Show in Las Vegas canceled the event for in-person attendance and replaced with a virtual reality version. As of a week ago, Meyer was still confident the show could go on. However, what transpires on Tuesday, September 15, 2020, will be the final determination. This date is the deadline for exhibitor refunds.

"There's still a chance that things change, but right now, it's this incredible team effort with PRI, of very seasoned staff," Meyer explained. "These folks didn't just start doing trade shows. They've been around for decades. So, they can adjust. They've got great suppliers. We've got great partners in that regard. We've also got a great model, because we're owned by SEMA, and we've been able to watch what SEMA has been doing, had been preparing, trying to put in place. Unfortunately, at the end, just didn't have that support in Las Vegas to pull off the show. But we're looking at the priority of, what does it take to get a group of folks into a large area indoors and keep them safe?" 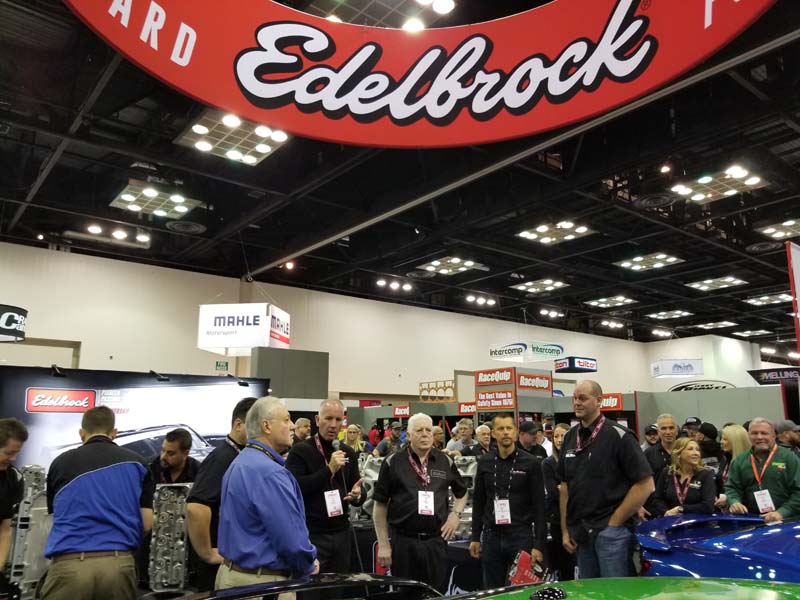 If the event does go off without a hitch, it will require consistent health screenings for all attendees.

"A lot of this is going to be on the attendees," Meyer said. "If they don't feel well, they just can't go to this trade show. They've got to self-police themselves. We'll do the temperature check, hand washing. We are going to require a face mask. That's the Marion County Public Health Department that's going to require a face mask. So, we'll enforce that. Then, enhanced cleaning, one-directional aisles, to try to keep social distancing. Then, they've done a $7 million improvement on the air ventilation system in the Indiana Convention Center.

"All of these elements, all these improvements or considerations, that's what the PRI team has gone through t get us to this point. As anybody that's paying attention, this year can change on a dime. So, we're trying to be looking forward, trying to anticipate what could happen. But right now, we've got a health plan that is meeting the requirements of the Marion County Public Health Department, and the show's moving forward."

Meyer understands that part of the challenge is putting a group of people with varying levels of concern on equal ground.

"You see folks that are at the races that don't believe there's a pandemic and won't wear a mask, and it's just business as usual," Meyer explained. "Then, there's also folks that have not left their home since March, and they're very scared for very personal reasons. We've got to find the balance, and it's very easy for me. I get what I'll call the fan mail from folks that are expressing concerns. I greatly appreciate that. I need the feedback, so I know what the pulse of the industry is.

"For folks that don't feel comfortable going out in a big building with other people, they probably have not gone to a grocery store. They probably have not gone to a Home Depot, or a Costco, or any big building like that. That's the same level of safety we're talking about. But if they don't feel comfortable doing those things, they don't have to come to the PRI Show, and I'll respect their opinion and their decision to not come to the PRI Show. Then, the other extreme, as you point out, there's going to be folks that don't want to follow any rules. So, we have to mitigate that.

"For our team, what you'll see from PRI is we're going to try to set expectations. We'll go through the health plan, we'll go through what it's going to be like to be at the PRI Show. Try to help people plan their day. Try to make them feel comfortable with big roomy areas, where they can get a table if they need to have a critical business meeting. Try to help them find a place to go get lunch in a safe environment, and try to set that expectation for what the world is going to look like on December 10th, when we open the doors at the PRI Show in Indianapolis."

For Meyer, it's the cloudy picture of the future, which is toughest to navigate.

"It's a tough situation for everybody," Meyer said. "Right now, we've got this build up to a presidential election. We're in the middle of a pandemic. The world could be drastically different after November 3rd, our world, and we're talking about a show on the other side of that. So, I'm really just anticipating big swings. It could go from everything to complete lockdown, where we have to cancel the show. It could be relaxed where things go back to normal, we have a vaccine, and people feel comfortable going back out in public. So, yeah, I think the only thing you can count on is that it's going to be uncertain."

Meyer understands, after a global pandemic crippled the automotive industry as well as others, a successful PRI Show could do wonders to put everything back on the track.

"I think it's a mix right now," Meyer explained. "Truthfully, there are companies that are having the best years in the history of their company. The big companies are going to have their own policies to follow. They're making their way. I certainly am thinking about the smaller and mid-sized companies that focus on PRI on this market.

Meyer understands being successful is thinking outside of the box, and for his team, this approach has become even more evident.

"How do you hold things together for a traditional trade show company and media company," Meyer pondered. "There's always ways to improve both of those, but they're really established business models in the space, and then look toward the future. There's a lot of time being spent on dealing with the changes every day versus planning for the future five years out. So, we're all trying to find time to do both of those things and getting pulled a little bit in different directions.

"I guess the possibility exists for virtual trade shows. There's a great model there that SEMA is working up called SEMA 360. So, we're looking at that.

Meyer understands there's a strong possibility his team's efforts to produce a trade show could be for naught.

"It seems like everything's been canceled," Dr. Meyer said. "Our legal counsel, that firm also represents 200 trade shows across the United States, and PRI is the only one they have left," Dr. Meyer revealed. "They've had to wind down 199 other trade shows this year. So, there's a very high chance that we won't be able to do the PRI Show, even though there's so many good signs in Indianapolis. If we have to cancel it, we've already been working toward these other solutions, so what does the online community look like? How do we bring these people together? How do we add value to their lives? Just like the live trade show does so well every year.

"Then, finding those stories and telling the racer's story to not just our industry, but the larger population, obviously, so that people are thinking about racing just as a regular activity because there's a lot of racing going on out there. We've been supporting that on the advocacy side of the PRI Show for the last two, three months now. So, we'll just focus on those areas, trying to help the racing community wherever we can. We'll set our sights on the 2021 trade show and do it the same level of excellence that everybody expects."