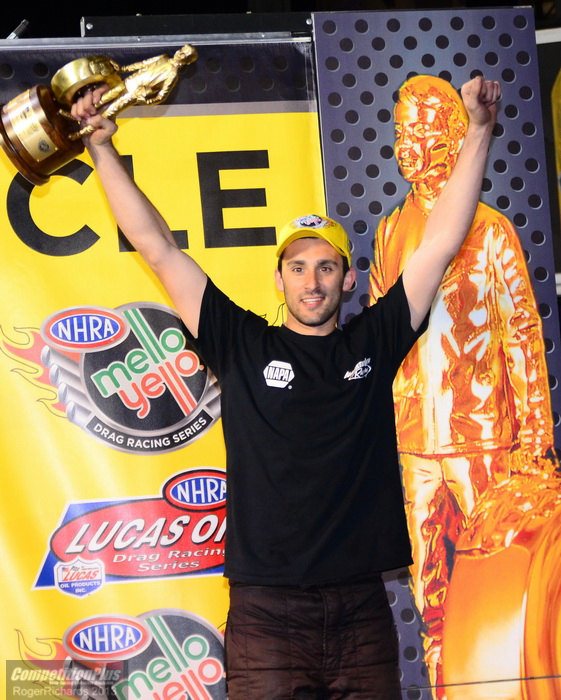 John Nobile prefers to let the facts get in the way of a good story.

Nobile, the father of Pro Stock driver Vincent Nobile, would like to clear the air on banter surrounding his son's unexpected departure from the 2017 NHRA Mello Yello Drag Racing Series.

"Vincent should be doing the talking right now, but he doesn't feel like talking to anyone at this moment," Nobile said. "Nick [Mitsos, Team Owner] decided to pull the plug. It had nothing to do with Vincent. Nick was just unhappy with the performance of the car and decided he didn't want to go to the rest of the races."

Nobile reiterated the team is not done for good, just this season.

"Nick had given Elite until Charlotte for a good performance from the car. He told them if we didn't do good in Charlotte, we were done [this season]. This was told months in advance. In the past few months, we haven't really done well as a team. It's been terrible. The first two runs in Charlotte we didn't get down the track. We saw the writing on the wall that we weren't going anywhere this season."

Nobile revealed the car Mitsos owned was sold back to Freeman, who is running the car this weekend with Brian Self driving.

Nobile further added the team plans to be back next year with Elite Performance and to run whatever full schedule is offered by the NHRA.

"We are by no means finished racing. We plan to be back in Pomona next February, and we plan to race next year a full schedule. As soon as the new car is finished, late 2017, we will be out testing somewhere."