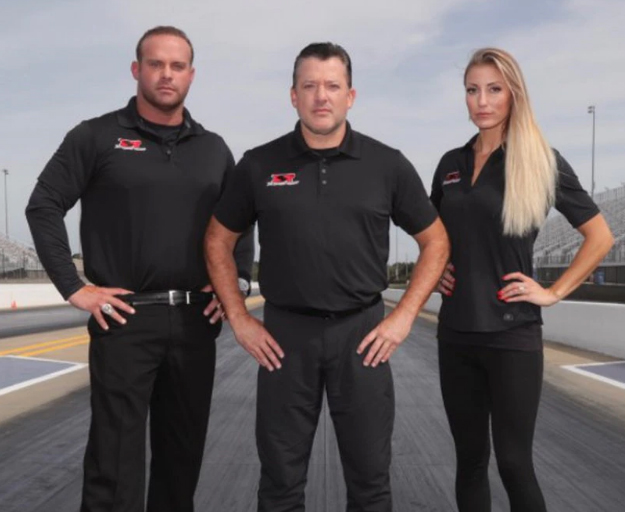 In mid-October it was announced that Hagan, along with Top Fuel driver Leah Pruett, were leaving Don Schumacher Racing and joining newly-formed Tony Stewart Racing.

“With big change, it can be very exciting, but it also can be nerve-wracking,” Hagan said. “What is really nice is Tony basically put a bow on the trailers when Don (Schumacher) sold it to him. It’s not like parts and pieces and people are really changing. I’m just changing team owners. I like Tony’s competitiveness, his drive, his ambition, his work ethic, and everything he said he was going to do, he has done. He’s a man of his word.”

Hagan, who took second in the 2021 NHRA point standings, a mere 37 points behind champion Ron Capps, took a moment to take a trip down memory lane with DSR. A team he not only won multiple world championships with, but also 39 national events.

“I have nothing but good things to say about Don Schumacher and the 14 years I was there, and the championships won and stuff like that,” Hagan said. “It is one of those things where we are about ready to release some sponsorship stuff in the next week or so and that’s really what it comes down to is sponsors. You have to go where they are at. I think Tony is going to be a big name in the sport and he’s going to bring a lot of notoriety to it. A lot of people are going to be looking at (the NHRA) and everybody knows who Tony Stewart is. When he steps into this venture of drag racing and wants to be a team owner, I’m very honored to be a part of it. Tony and I had been around each other and one thing led to another, and he decided he wanted to be a team owner, and everything fell into place and felt normal.”

Hagan acknowledged he didn’t have any longstanding relationship with Stewart prior to joining his team.

“I really didn’t know Tony that well,” Hagan said. “I saw him one time way back when he was out with the Army and stuff. I never really followed circle track that much and I wasn’t very good at it, so I didn’t keep up with it. It was one of those things where I knew of Tony, but I never spent much time around the guy. But I’m going to be really honest with you he blew me away with how down to Earth he was and how genuine and methodical he is about everything. He just comes across as a good dude. I’m really proud to be associated with a guy like this. He just is a good guy. Everything he does is thought out and planned. It is meticulous. I’m excited about it. After I met him and got to know him, he is just a regular dude.

“I think it going to be huge for our sport and this is something that our sport needed and NHRA needed. A lot of it has to do with Leah because she brought him in here and he seems to love it.”

Hagan said it is his understanding his team will do some testing at Wild Horse Pass Motorsports Park in Phoenix, the week prior to the season-opening Lucas Oil Winternationals in Pomona, Calif., Feb. 17-20.

“We have a lot of R & D stuff going, but we have the same crew chief (Dickie Venables), same assistant crew chief (Michael Knudsen) so a lot of stuff has remained the same,” Hagan said. “If I had a dollar for every time someone asked me if I was driving a Dodge or a Ford, we could fund this team by itself. We are hoping to release some of that information this week. I know I’m excited for the upcoming season.”