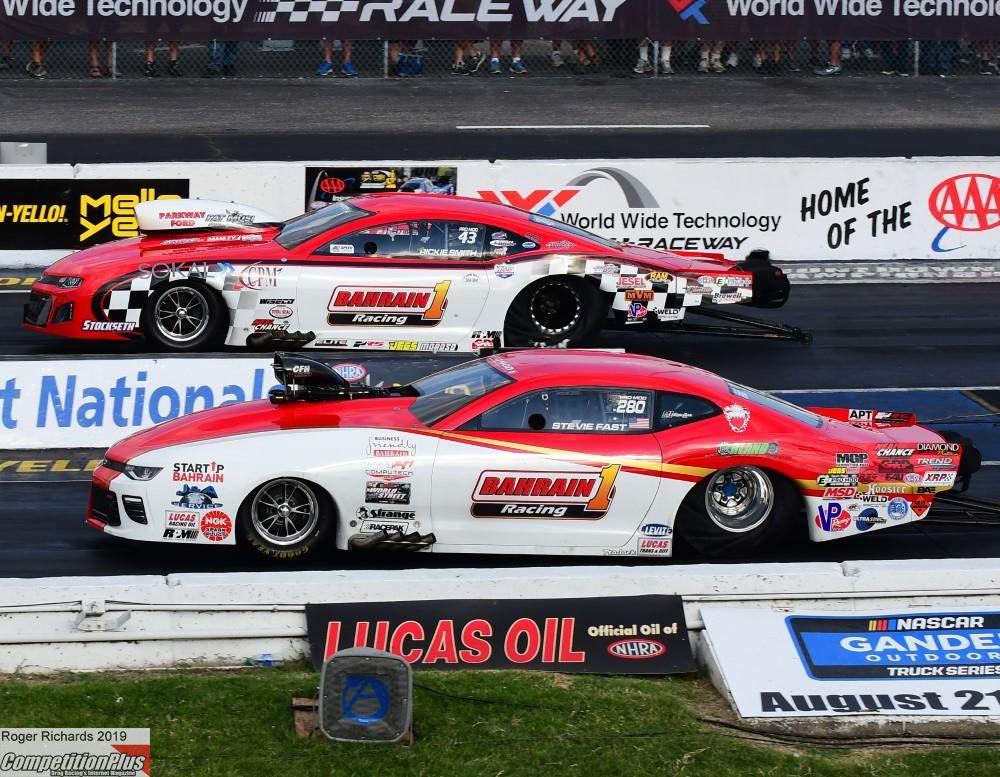 The NHRA's tech department has made adjustments to the nitrous combination within Pro Modified, adding 75 pounds.

This is a second adjustment to the parity since NHRA brought the supercharger overdrive down from 16.5-percent to 14.55, and the turbochargers from 36 to 33 pounds of boost back in July.

Since the adjustment, Rickie Smith, the leading nitrous racer in the class, qualified No. 1 twice and reached the finals of two events, winning once. He won last weekend in St. Louis, beating point leader Stevie "Fast" Jackson in the finals.

As Smith sees it, he was "finally getting a chance to race."

"It's pretty sad," Smith continued. 'I only qualified No. 1 by a hundredth. I didn't even have lane choice going into the finals. Stevie Jackson was on a run that was going to beat me in St. Louis if he hadn't blown up the engine. So why are they going to penalize me?

Jessica Hatcher, a spokesperson for the NHRA, said recent performances by the nitrous combination triggered a review by the NHRA's tech department.

'The NHRA saw details which triggered a review which led to this parity adjustment when analyzing the details," Hatcher said. "Future adjustments could be made."

The rule change rescinds a 25-pound weight break given the nitrous cars in May and adds an additional 50 pounds making the new minimum weight 2500.

The decision does not sit well with Smith, who is one of two nitrous racers competing in NHRA Pro Modified.

"If this doesn't show the NHRA has a personal vendetta against me, I don't know what will," Smith said. "Three times out of six years, they have penalized me within two to three days of the race. I'm the only one who they make these quick decisions about."

Does the NHRA have a vendetta against Smith as he alleges?

'There's no basis to that claim," Hatcher responded.

The NHRA Pro Modified cars return to action next weekend at the NHRA Carolina Nationals in Concord, NC.