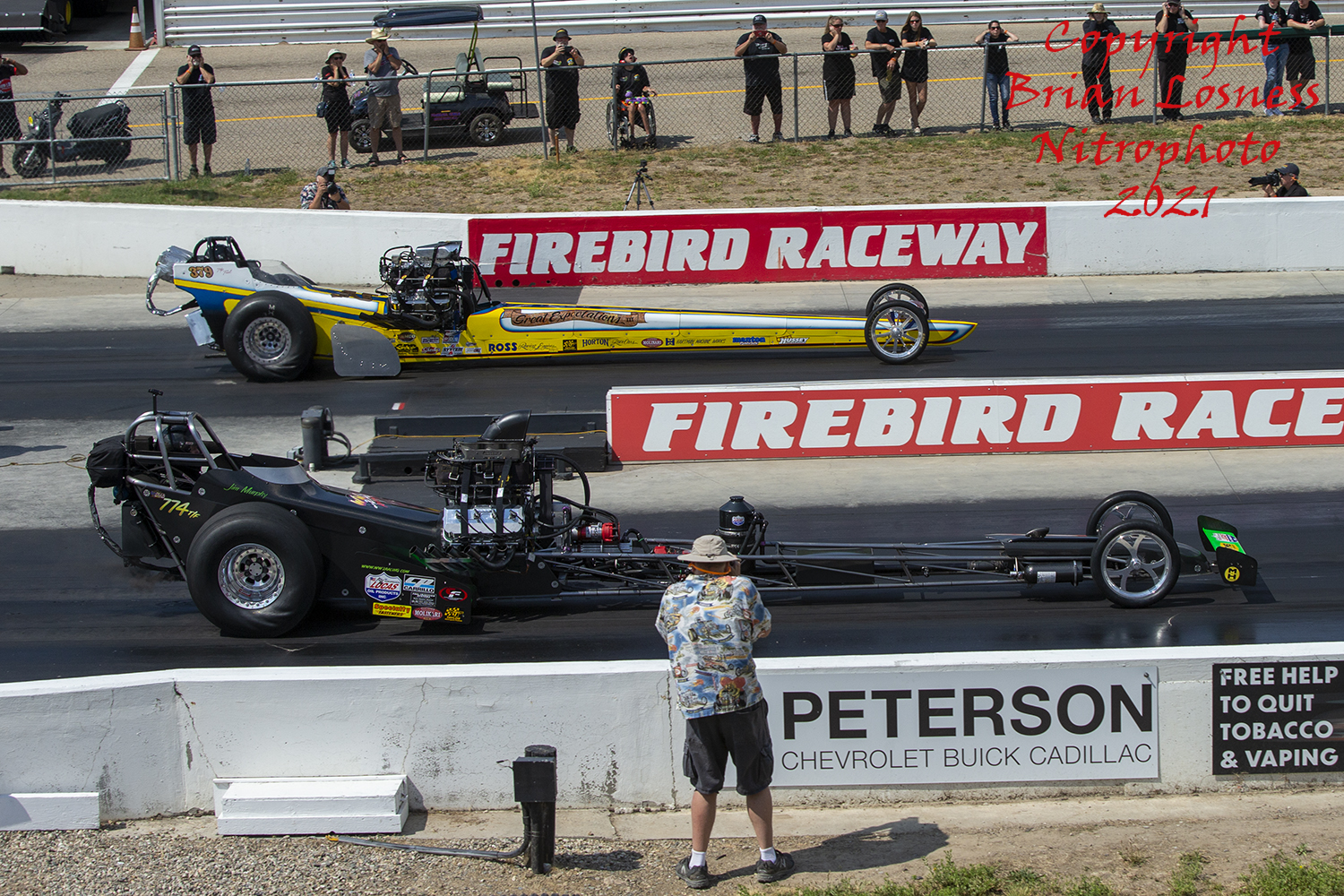 The 50th Anniversary of anything is always special; this year’s Nightfire Nationals was no exception. 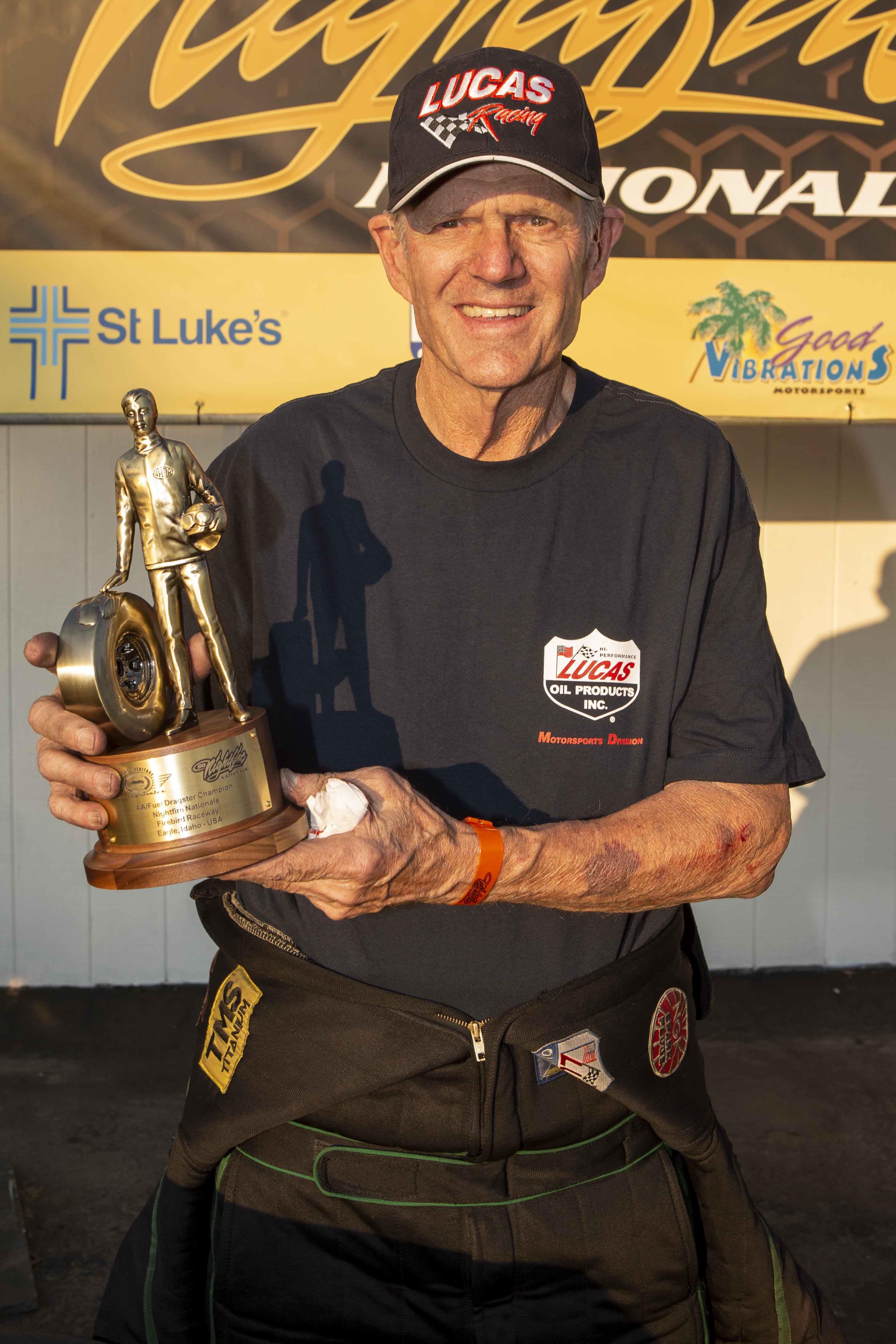 The weather on a couple of days was seasonable for Idaho’s high desert, while the others were much milder.

This good weather and an excellent racing surface made for excellent racing. The other factor was the size of the crowd in Idaho. The place was full, and the drivers and crews took notice.

One driver stated, “It is so good to be racing in front of full grandstands again. That’s one of the reasons we do this”. The four professional classes provided excellent racing and fan engagement at the Nightfire’s.

In Top Fuel, it wasn’t the odds-on favorite who won the event, but it was the cagey vet who took home the special Wally. Many-time Top Fuel national champion and five-time winner of the March Meet Jim Murphy was being touted as the favorite to win; however, nobody said that to Murphy.

The driver who was the favorite was low qualifier, Dan Horan. Horan and his Pete Kaiser tuned dragster simply dominated qualifying and had over a tenth of a second on the field.

Horan dodged a bullet in round one matchup with Bryan Hall, who got out to an early lead and looked to be cruising to an upset win when a rear intake gasket failed at about 900 feet oiling in Hall and forcing him to shut off early. Horan claimed the bye in round two due to the short field and a trip to the finals.

Murphy, on the other hand, took care of Tyler Hilton in round one, dodged his own bullet in the form of Adam Sorokin in round two. This put Murphy in the final.

Murphy chose the right time to pick up fifteen-hundredths of a second over his best run of the weekend. Those two factors gave the former champion another Nightfire win.

“It’s been a long time since we won, and wasn’t sure it was going to happen, but it feels really good,” Murphy said. 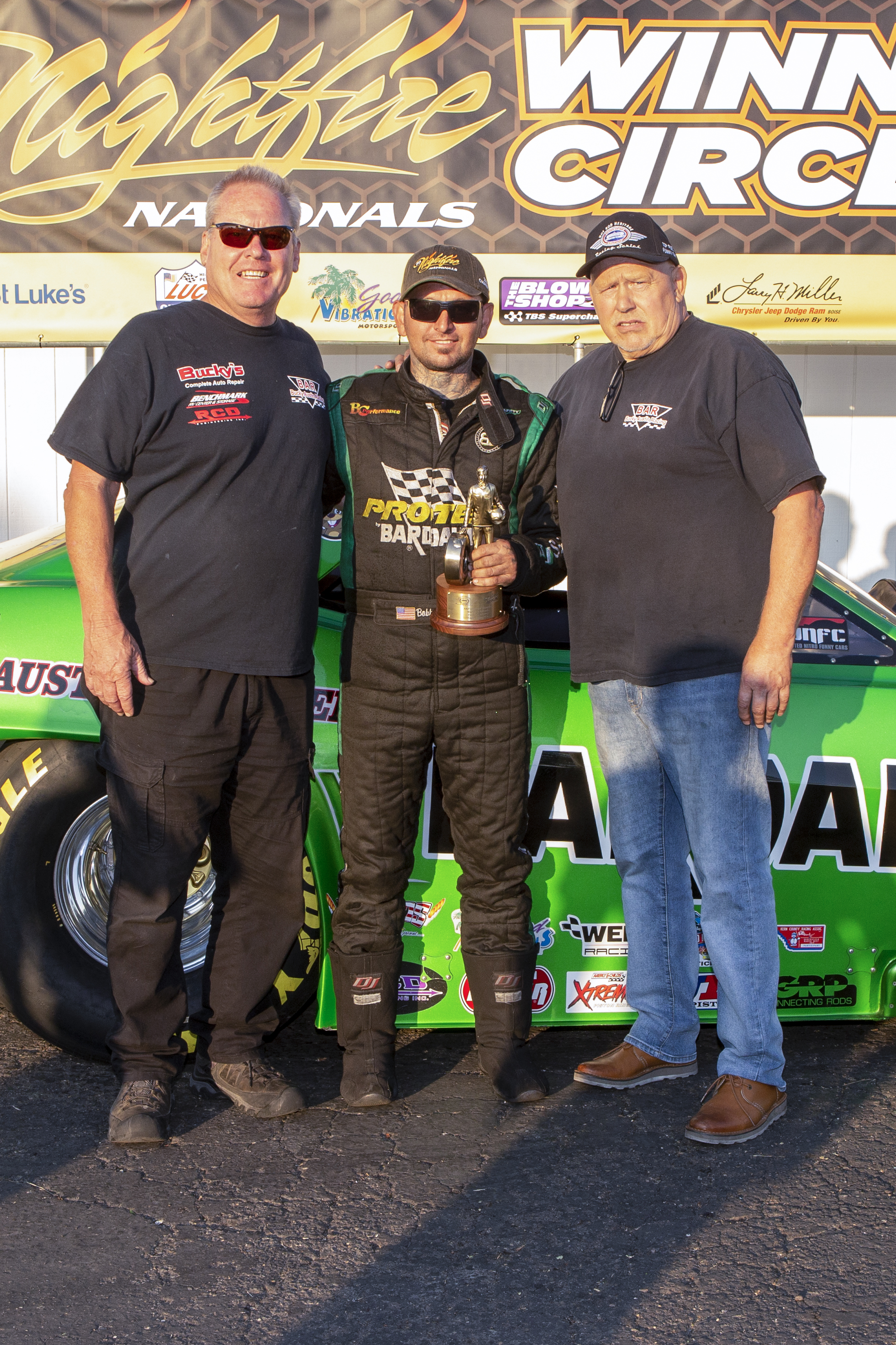 In Nostalgia Funny Car, once again, it was the Bucky and Bobby show. As driver Bobby Cottrell and owner/tuner Bucky Austin just laid a giant butt-kicking on the entire Funny Car field.

Cottrell’s slowest run-in eliminations was a first-round 5.74 over James Day, who gambled and lost on the starting line.

Other than that, Austin and Cottrell were constantly running in the 60s all day.

In round two, Cottrell took on the new driver to Don Hudson’s California Charger Kamaka Pocock. Cottrell was “Steady Eddy” on the starting line, consistent. Pocock got out on him by a touch, but that slight lead was evaporated by 330, and Cottrell cruised to another victory. It wasn’t challenging to see why Cottrell is so quick; the car is usually five to seven miles per hour faster than nearly everybody at half-track, which translates to quickness and big speed at the other end.

The Austin team runs this car a great deal, and that compiles massive amounts of data, and obviously, that data is being interpreted correctly. The result is, the big green Camaro is nearly unstoppable, for now. Cottrell’s final-round opponent was a surprise.

Tony Jurado, who qualified in the seventh position, surprised Matt Bynum in round one. Then went two for two, getting around Michael Peck in the semi-finals.

This put Jurado on Austin’s radar, and Austin was slightly concerned with how much Jurado had stepped since qualifying. Austin had a right to be concerned going into the finals.

Jurado moved first, was within only two miles per hour of Cottrell at half-track and fleeting second, it appeared that Jurado might derail the Austin/Cottrell juggernaut; however, it was not meant to be as again Cottrell took the title and his nine-race win in a row.

In Fuel Altered, it appeared that Johnny West and Nick Van Horn were going to duke it out for supremacy of the 6.0 class. Both drivers at one time held the number one qualifying position. However, West seemed to really have a handle on his setup and strategy. So on paper West seemly was the favorite. Nevertheless, as a wise man once said, we don’t drag race on paper. 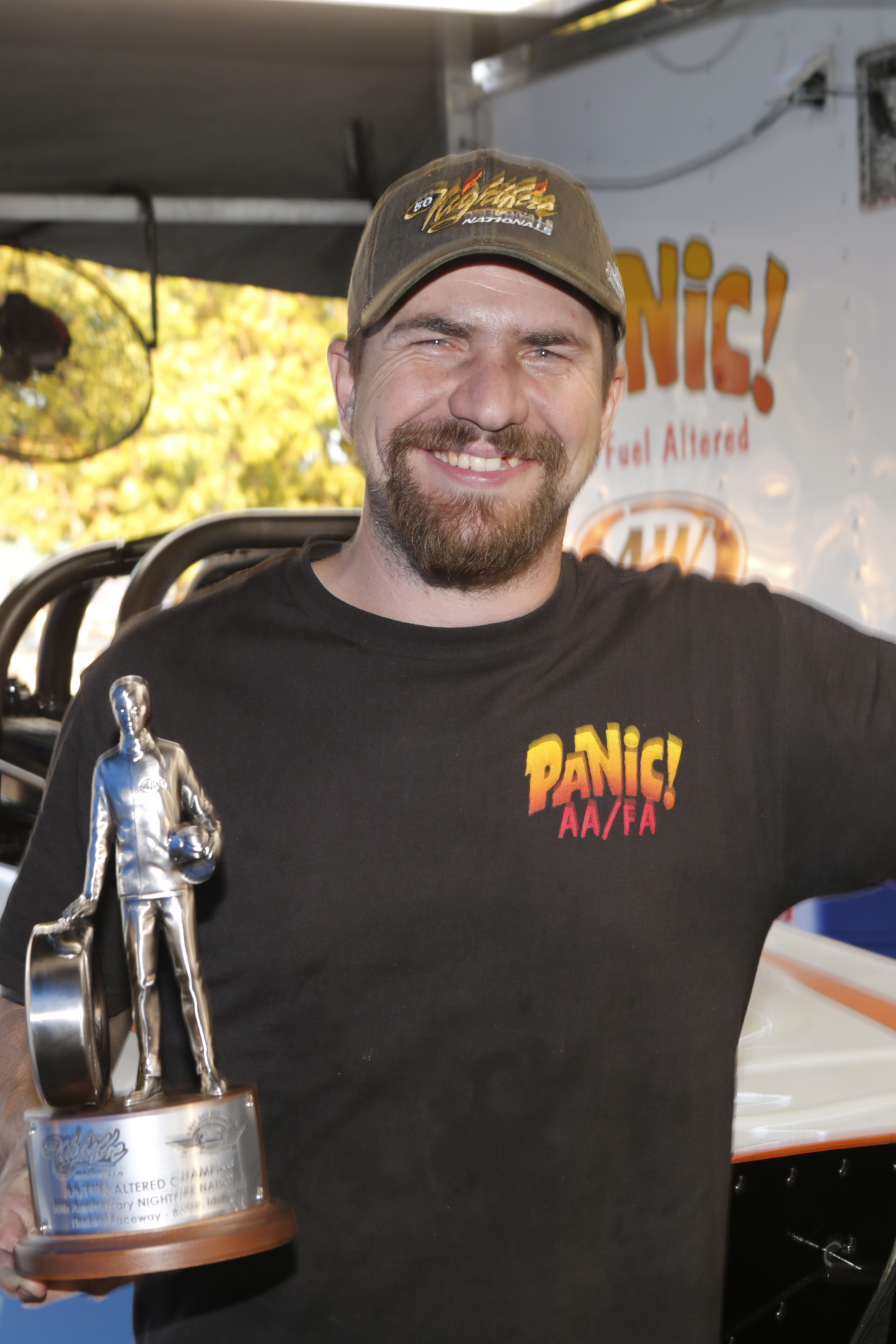 West day started out with a close call running alternate Eric Gates. This race was something akin to a good bracket race where the lead changed hands multiple times. In the end, West barely took the win. The margin of victory was .0002 of a second.

This would lead to a round two meeting with Las Vegas’ own James Generalao. West again the favorite, but the young Mr. Generalao had other ideas and jumped up and snatched a victory from West, putting the Las Vegas native in the final.

On the other side of the ladder, Van Horn had to deal with veteran driver “Nasty” Dave Benjamin. Van Horn’s stellar 6.06 took care of Benjamin.

In round two Van Horn was to meet Tom Padilla, but Padilla broke, affording him a single to the final.

Van Horn’s secret weapon was the top-end charge. He twice during the weekend recorded booming 249 mile per hour speeds.

In the final, it was promised to be a barn burner. And it didn’t disappoint. At the green, it was Van Horn out first, but just by an eyelash, with the red and white Impatience '23 Ford was right with Van Horn’s A&W 32 Austin. As the pair cleared the finish line, it was Van Horn taking the win 6.033 seconds to Generalao’s 6.034. The margin of victory was .003 of a second.

The final Professional Class was Pro Mod. Five cars made up the class, a class dominated by Ed Marx in his beautiful, bright orange Corvette. 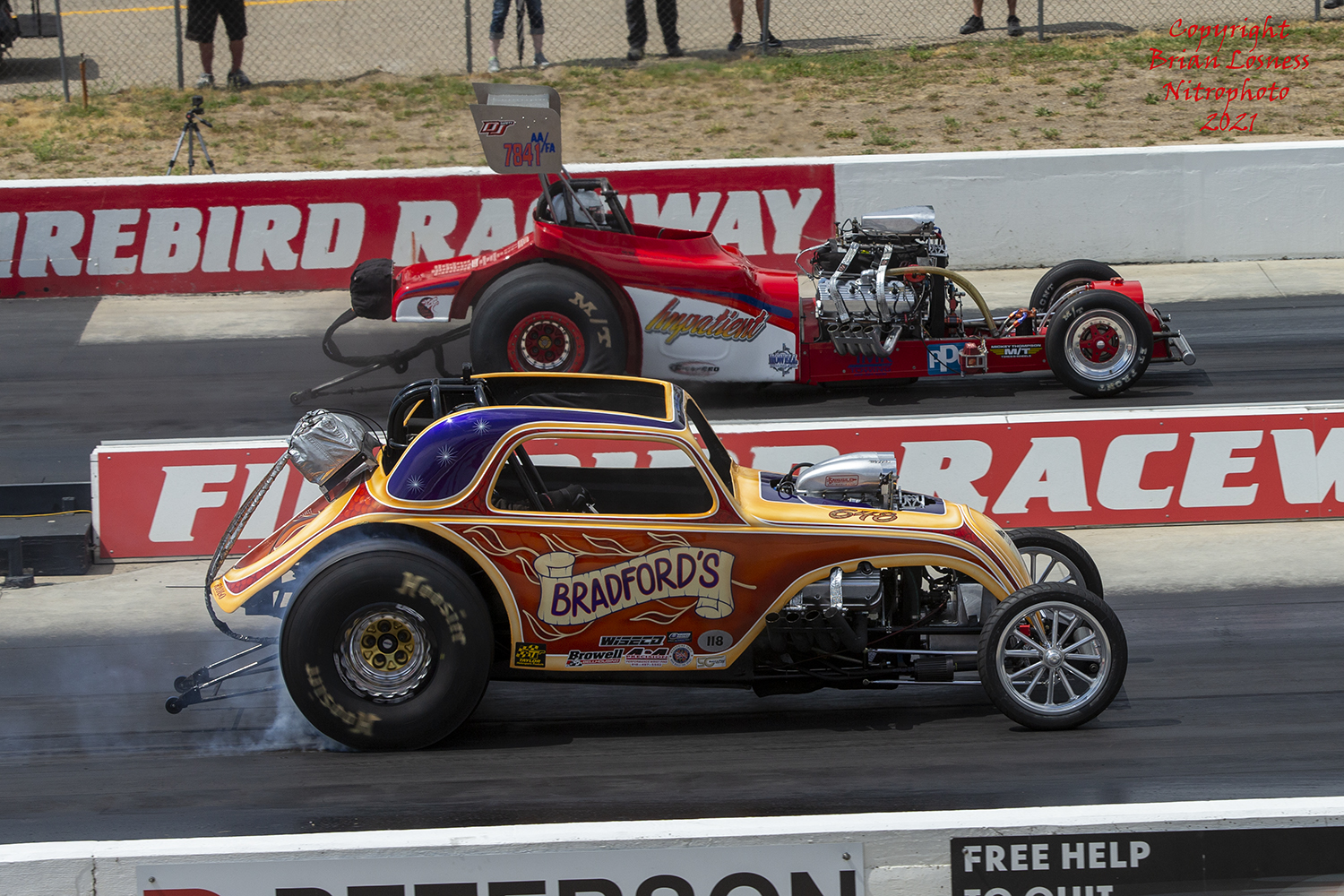 Marx had a bye in round one and dropped a 5.90 on the rest of the class. (Not bad for running at 6900 feet corrected elevation). Sean Renteria and Garrett Richards each recorded a wins in round one. In round two, it was Renteria who drew the bye, forcing Richards to face off with Marx.

Marx was taking no chances with Richards and laid a 5.87 on the Washington runner to move into the finals against Renteria.

In the final, Marx was not going to be denied and used another 5.90 to dispatch Mr. Renteria and take the Nightfire's win. Marx was grateful for the help of Kurt Kuhn in getting the tune up right and securing the victory.

On a side note, there were many people who attended the rescheduled NHRA Winternationals last weekend in Pomona and then came to the 50th Nightfire's. Those commented on the lack of crowd at Pomona. There certainly are many logical reasons for the slight attendance at “The Big Go.” Covid, surprisingly high temperatures that plagued the LA basin that weekend are two contributing factors, certainly.

Then those people made the trip to Idaho and marveled at the near overflow crowd that attended the Nightfire's, especially Saturday evening. A smaller venue, yes, however, full is full, and the capacity crowd at Firebird got what they came for, excellent racing from all classes, pro, and sportsman, moreover an excellent experience they will remember for years to come. 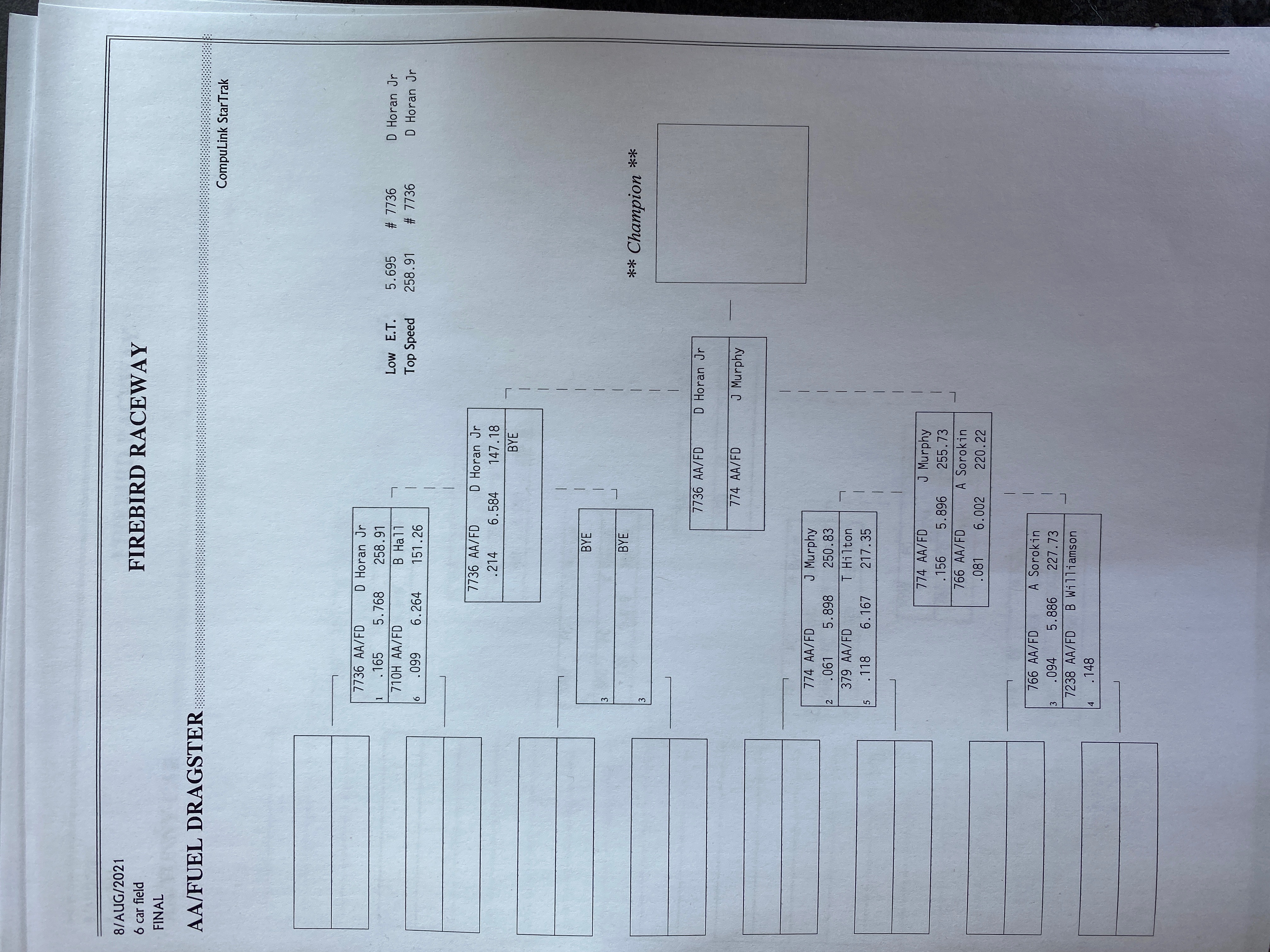 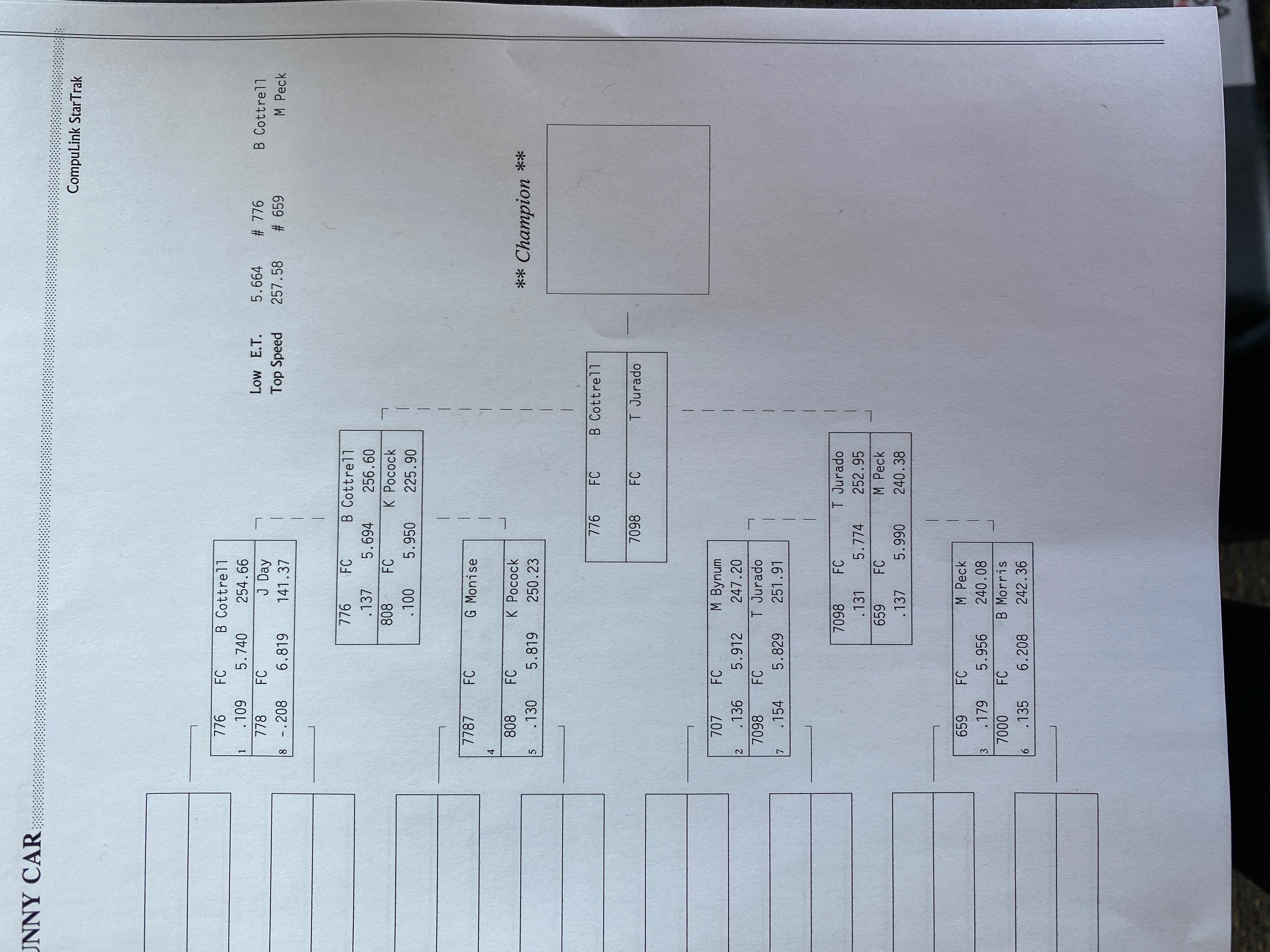 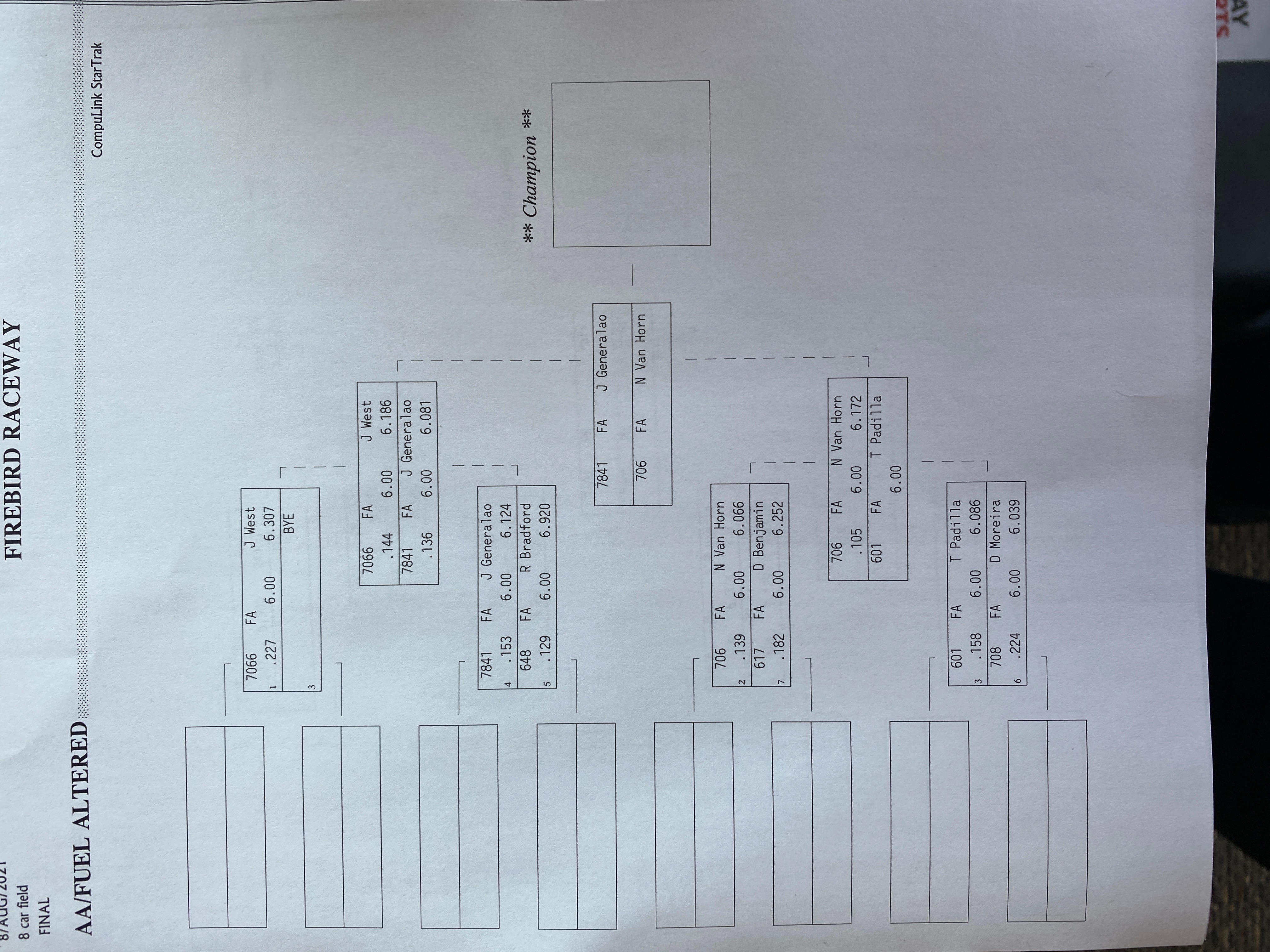 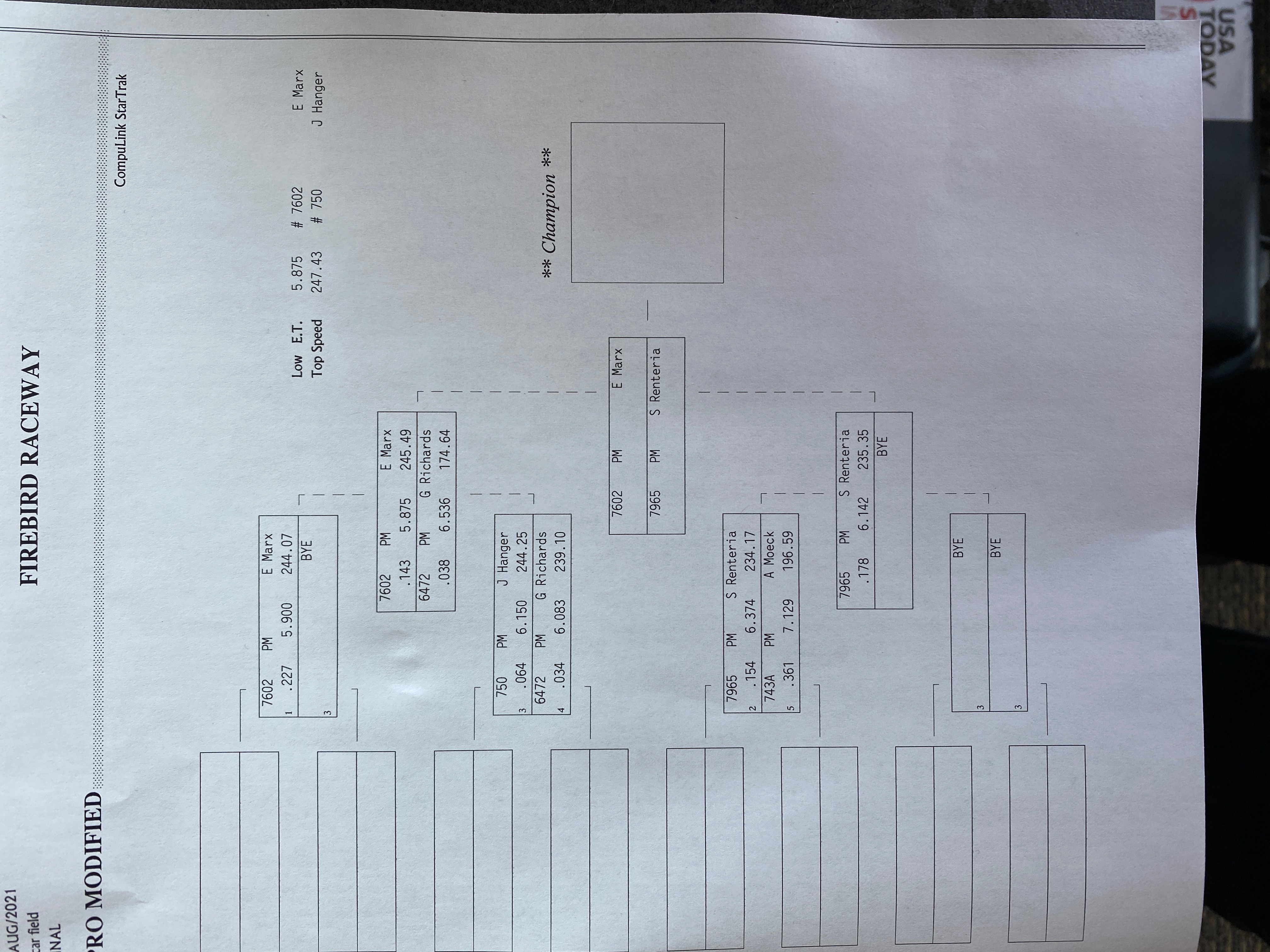