MISSION POSSIBLE: SAMANTHA SCHEYTT READY TO SHAKE OFF THE DIRT AND RACE WITH THE BIG BOYS 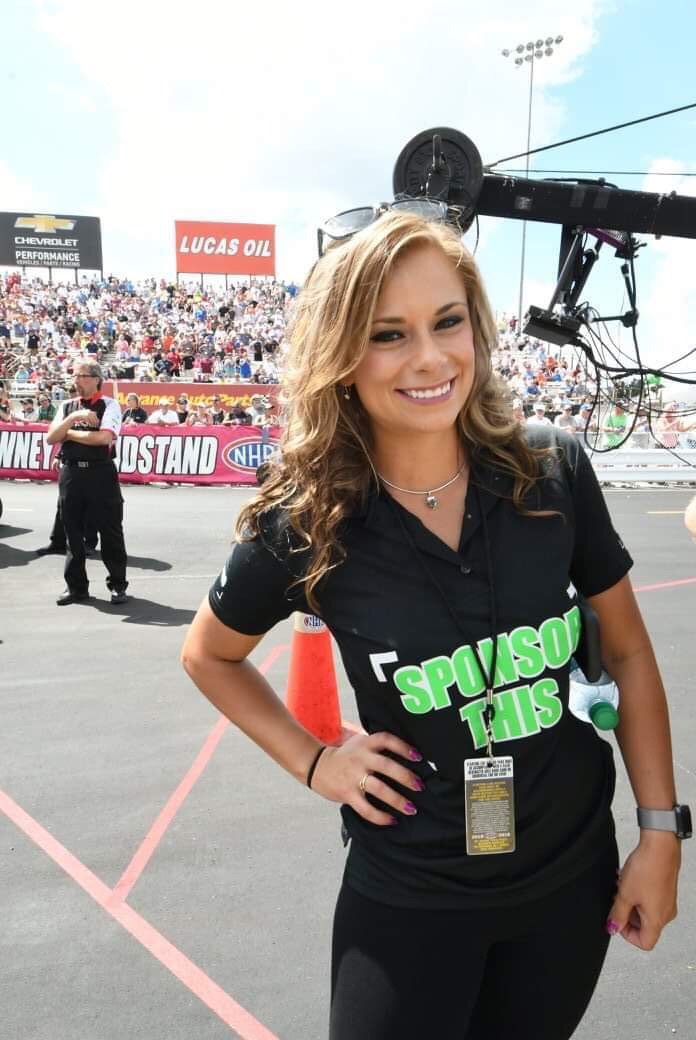 Dream big. Reach for the stars. Achieve the impossible.

And then life happens.

Money, careers, relationships all serve as obstacles to our goals. And they can permanently hinder ones hopes and dreams or, for some lucky few, serve merely as a speedbump on the pathway to success.

Samantha Scheytt hopes she is the latter.

For no matter the mountains she has to climb, Scheytt is ready to take on the world one obstacle at a time and achieve that impossible dream.

“I want to live the Top Fuel dream,” a confident Scheytt said. And she means it.

Scheytt is not unlike most young racers in the sport. She spends time in her own car in classes further down the food chain in the motorsports world. But she does it all with eyes toward the ultimate goal of making it big and one day racing in an NHRA professional class.

With idols such as Matt Hagan, Tony Schumacher and Brittany and Courtney Force, Scheytt wants to one day race in the nitro ranks behind the wheel of a Top Fuel dragster.

“I’ve been through a lot of s*** to get to this point in my life, so it would be pretty humbling to get there one day,” Scheytt said. “It’s been hard out here for me being a nobody. I don’t come from a last name. I’m an outsider. But I am pretty proud of where I’ve gotten myself in the last year, learning and meeting people, because it is hard out here. It’s not what you know, it’s who you know. To one day be able to compete and get to that level, that would be a reward unlike any other.” 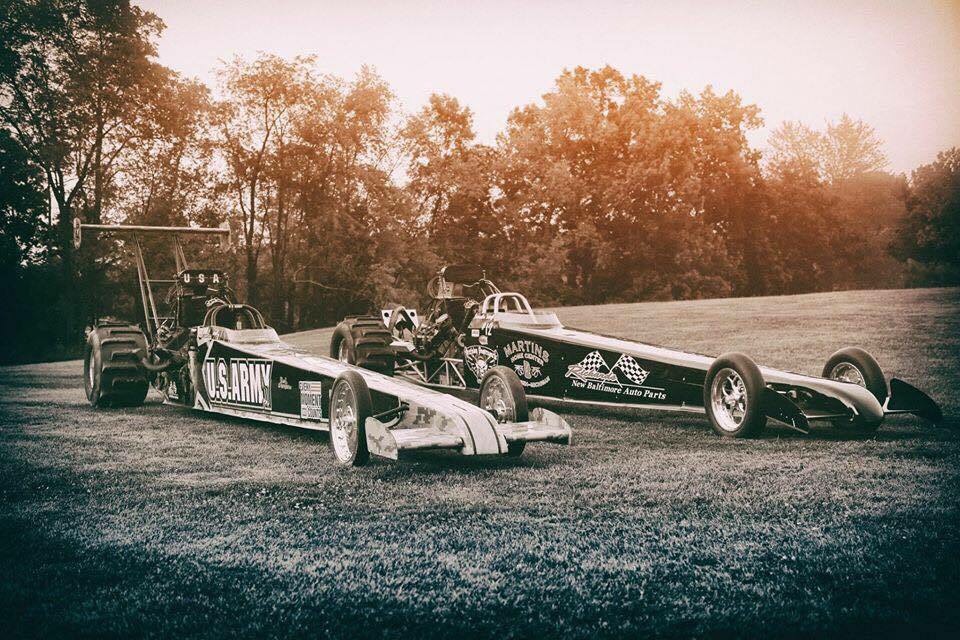 But to get there, she knows people have to learn her name and hear her story.

Scheytt grew up traversing the much different world of sand drag racing.

Her earliest memories are of her and her family at the strip, watching her dad and uncle throw plumes of Michigan sand high into the air before getting behind the wheel herself at the age of four. Over the years Scheytt raced in a number of classes, from outlaw ATVs to dragsters, living life in a world similar, yet very different, from the one many know in NHRA.

“What I tell people is it is like the differences between driving a Funny Car and a dragster on asphalt. It’s the same, but it is different. You’ve just really got to know what you’re doing,” Scheytt said. “You don’t always have grip with the sand. There are no burnouts. It’s 300 feet. There are rules, but your safety is kind of up to you. Another thing is we don’t always know exactly how much shutdown we’ll have, so we may have 300 feet to race, but only 700 feet to shut down, so we can’t always be putting these cars on kill. And, obviously, the speed is different. I have a parachute, but the funny thing is I never felt one until I got on asphalt. 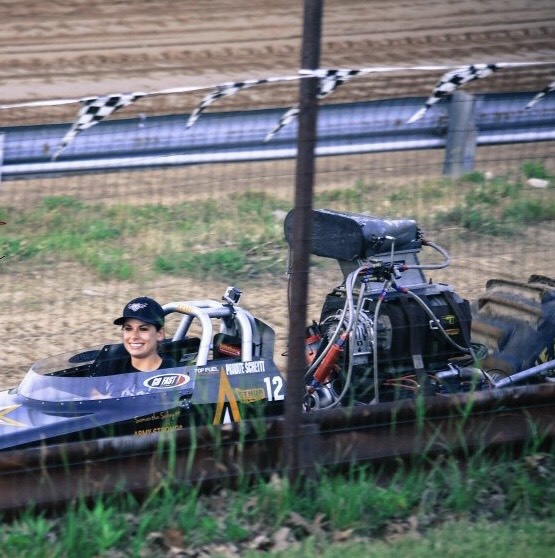 “I drove, what we called the Top Fuel class, but they are like Top Alcohol cars. There are other classes where they have buggy’s and stuff, but I personally grew up racing ATV’s. I did that for a long time until I got my shit together and my dad gave me an opportunity and put me in the car. That was always my goal to follow in his footsteps.

“My dad was always the baddest out there, so I just always wanted to be like him. I love winning, but setting the bar is something that my dad taught me from a young age. You want to win, but when you walk away with the track record, that means something as well.”

But then, that little thing called life happened.

Scheytt became a mother during her climb to the top, a challenge that she has not let slow her down. As a single mom, Scheytt uses that motivation to prove to herself – and others – that she can accomplish her dreams and still be there for her family.

“I’m a single mom who is just going after a dream,” Scheytt said. “I don’t want that day-to-day job that I hate. I want to teach people to follow their dreams. It’s hard work, but it will pay off.”

Just 25-years-old, but with nearly two decades-worth of experience already in sand racing, Scheytt made the leap to asphalt recently, earning her license in NHRA Super Comp and Top Alcohol. Her next license will come in Top Fuel where she hopes doors will continue to open and she will one day have an opportunity to live out her dream like many young women before her. 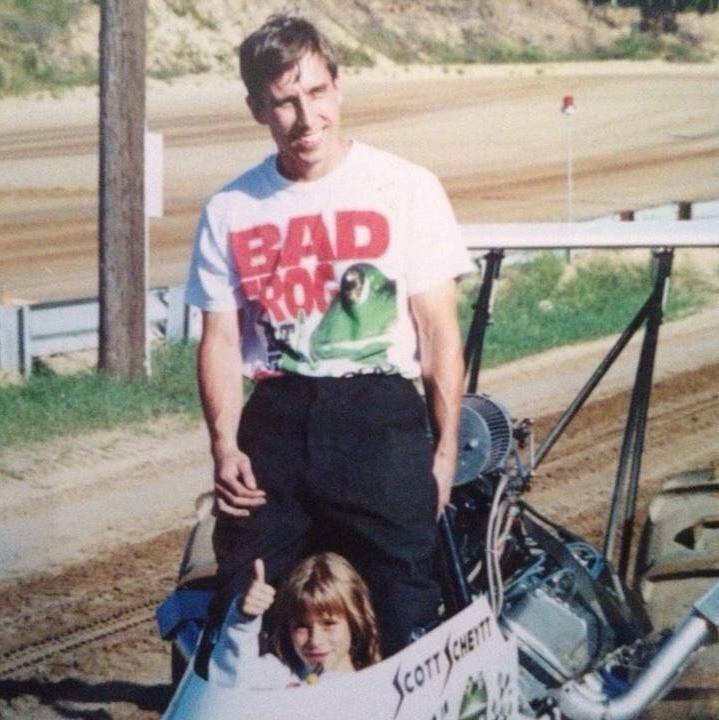 “I’m not a huge fangirl, but I do pick up on things from people. Like Courtney Force. She always has the best things to say in her interviews, so I admire her for that. I try to watch everybody’s interviews and how they act and how they are with sponsors, ” Scheytt said. “I look at Matt Hagan and I see how he is, how he treats his sponsors. Tony (Schumacher), I feel like he’s always so great with the fans and the media. He’s been doing this forever, so I asked him, ‘what if I want to go straight to Top Fuel’ and he was like, ‘don’t, people will make fun of you.’ So I was like, ‘great advice, so I should do it then?’

“But I feel that if I had to compare myself to somebody out there it would be Brittany Force. She is so quiet, but remains focused. I think people sometimes doubt her and then she goes out there and becomes a champion. She shows that nothing is impossible and I hope to follow that same road.”

For now, the dream remains just out of reach, but within sight as she continues to find her place in the sport. Scheytt spends every opportunity she has at the drag strip, meeting with sponsors and racers, soaking up all she can in hopes that she can one day turn that knowledge into immediate reward.

“Right now it is all about baby steps. I’m so new out here and honestly I don’t understand how everything works so I am taking the time to learn it,” Scheytt said. “Scott Palmer is one person who really took me in and let me hang out and I learned a lot through him. It is hard to get in with these teams out here, but I am trying. I’m trying to understand the business side of it. People ask me, ‘who do you work for’ and I tell them ‘I work for me and nobody is going to promote me but me.’ So I come out here, travel, spend my own money and keep my name and face out there.”

What happens next, only time will tell, but Scheytt is ready to tackle each and every obstacle and, one day, hopes to look back on this time as her story of perseverance on the road to achieving the impossible.

“This is my dream and I am committed to seeing it through,” Scheytt said. “This is all I am and it’s all I’ve ever known. I will not stop or give up no matter the circumstances or however many no’s I receive. This dream will be accomplished.”