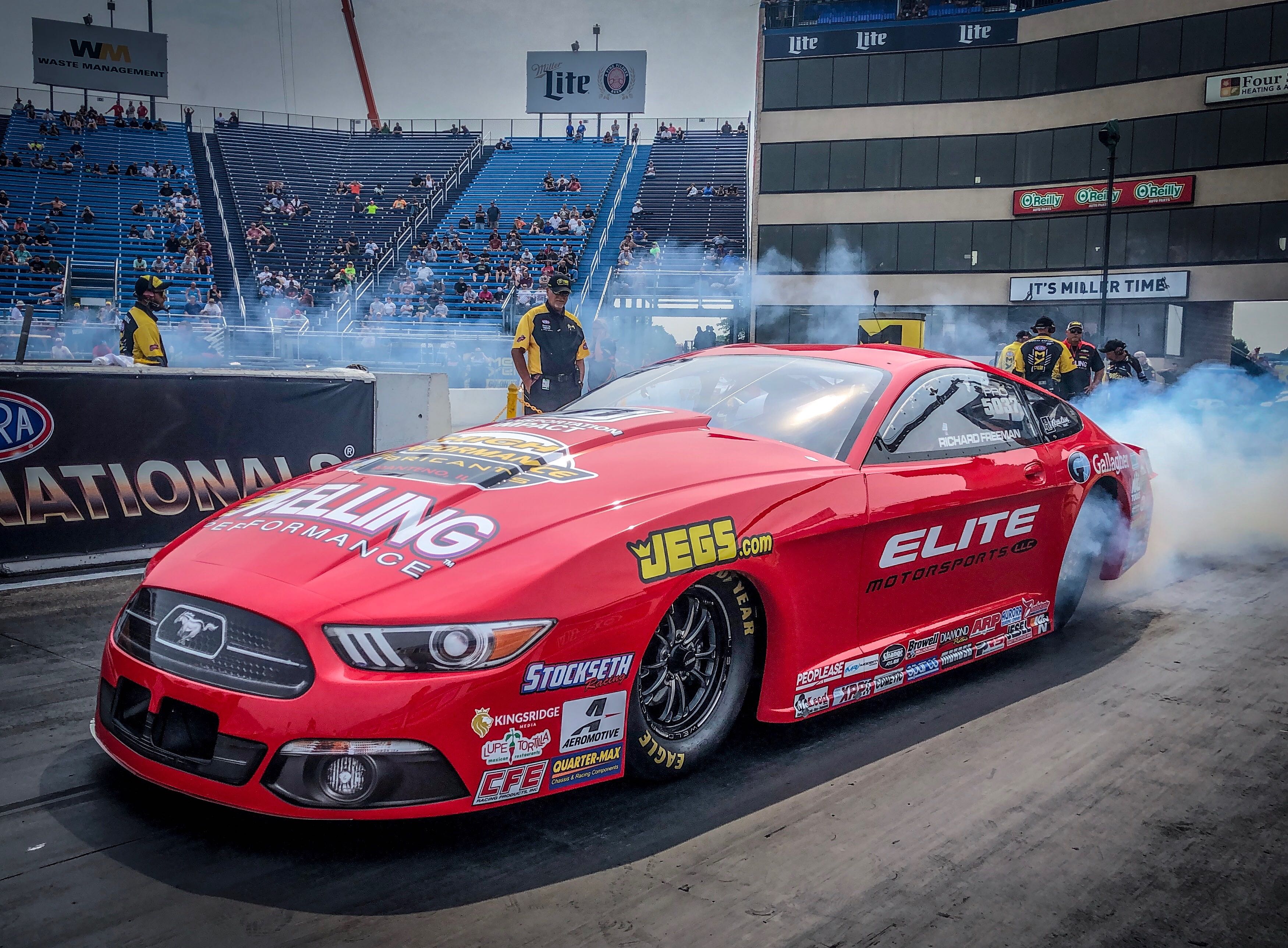 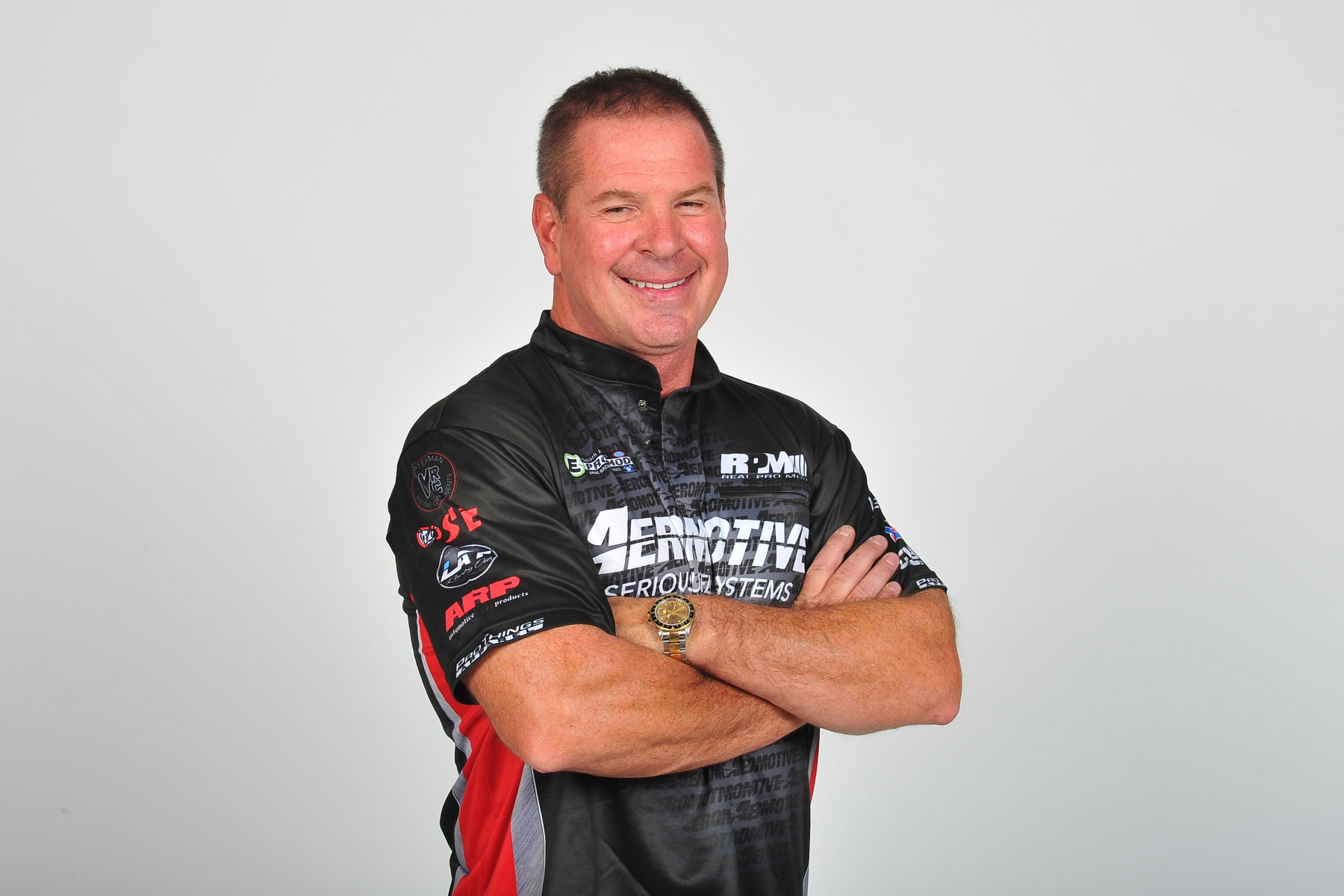 A longtime standout in Pro Mod, Steve Matusek’s next three races will come in a brand-new class for the veteran.

Matusek will make his NHRA Pro Stock debut next month in Denver at the Mile-High NHRA Nationals, driving the Richard Freeman-owned Elite Motorsports ’19 Ford Mustang that made its first appearance a month ago in Chicago.

Matusek will race all three events on the NHRA’s famed Western Swing in Pro Stock, campaigning a RJ Race Cars Mustang that showed promise right out of the gates with Freeman behind the wheel. It’s a big move for the Aeromotive president, but one he is eagerly anticipating.

“Getting back to Liberty-type transmission with a clutch, the five-speed, I’m really excited to see how I do,” said Matusek, who has previously campaigned a five-speed Mustang. “Seeing the car do as well as it did in Chicago, and knowing Richard built it to attract customers, all the stars just aligned. We’re racing the Western Swing, it’s our 25th anniversary at Aeromotive and it’s another challenge, and I love challenges. I love doing things I’ve never done before and it’s going to be a really interesting opportunity.”

Matusek will compete at two tracks in Sonoma and Seattle where he has never raced in his impressive career, and there was a certain lure about making his debut in a class like Pro Stock during something as iconic as the Western Swing.

Coupled with the fact that Freeman qualified fifth in Chicago, won a round and went as quick as 6.560 at 210.24 mph, Matusek couldn’t pass up the once-in-a-lifetime opportunity.

“With the history there and just that magical three-race swing, I thought it would be cool if we could put it together,” Matusek said. “Richard liked the idea and the next you know, we’re doing it. It’s a cool class and the technology is awesome, and I like the fact that this is one of the classes where you have to still drive the car.”

Freeman and the Elite Motorsports team were equally thrilled to add another quality driver to their Pro Stock stable. Freeman’s business plan with the Mustang is for rental customers who want to race but don’t want to own their team, and it worked flawlessly in this instance.

After seeing how well the partnership has gone in Pro Mod during their first year together in 2019, Freeman also knew this would be a great fit for Matusek.

“Steve and the Aeromotive group have been really good partners,” Freeman said. “Steve has been a supporter of my Pro Mod program and we started a conversation on the Pro Stock deal. I told him I thought the Western Swing would be fantastic and we’re super excited. This fits Steve’s wheelhouse perfectly. I think he will be competitive and I look forward to seeing him go some rounds.”

It’s an incredible turn of events for Matusek, who had pondered stepping away from racing at the end of last season.

Now, he’s racing more than ever and in a new professional class, all with a group where things have meshed together wonderfully. He’s also with a team well-versed in Pro Stock success, which played a major role in his decision.

“I wouldn’t want to do this just to do it. Like the Pro Mod thing, when I go out there, I’m going there to win. I want to see if I can cut a light with Jeg (Coughlin) and Erica (Enders), and I know I’m going to have a good car. I’m going out there to win a freaking race.”

In the process, Freeman predicts it won’t take long for Matusek to develop an affinity for the class.

“My gut is he’ll get in that car and he’ll absolutely love it,” Freeman said.

Matusek’s marketing partners for the Pro Stock car during the Western Swing will be announced next week.