MANUFACTURERS DEAL WITH THE HEADACHES OF COUNTERFEITERS 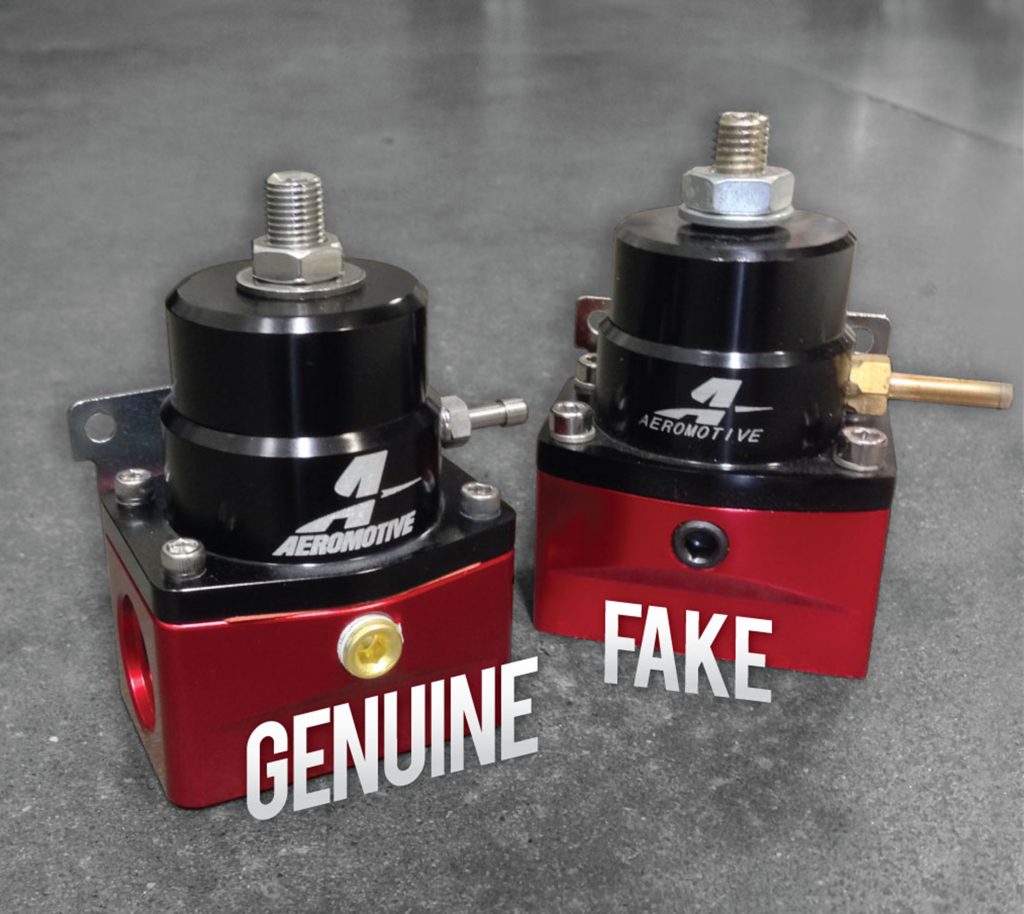 Imagine you’ve come up with a product, you develop the product and make a name for yourself in the industry. You pride yourself in making your widget the best in the business.

Then the phone begins to ring.

It’s an angry customer or two who have purchased your product experiencing a failure you’ve worked so hard to prevent in the research and development phase. You ask them to send in the product, and what arrives looks precisely what you’ve manufactured. However, under closer inspection, you notice flaws in the manufacturing process you would never have made. Then it becomes blatantly apparent; this is not the product you’ve manufactured.

Someone has flooded the marketplace with this cheap knock-off. Now you have the unenviable task of calling this racer to tell this racer the part is not the product you’ve broken your back to develop.

Often the facts don’t get in the way of a good story, and your reputation takes a hit. The racer is out of money, and a part they needed. It’s a lose-lose situation for everyone but the counterfeiter.

Steve Matusek, whose Aeromotive brand was named SEMA Manufacturer of the Year, was so angry at his constant fight with those knocking-off his product that he unleashed anger and frustration in his acceptance speech. Quickly, Matusek grasped the reality he was preaching to the choir.

“You work so hard trying to build a company, and we all know the climate of what’s happening,” Matusek said. “I’m not a MAGA hat wearer, but what [Trump’s] doing (to prevent sales pf counterfeit parts) has been long overdue. To allow - and I use the word ‘allow’ – to allow product to come over to our country that the intellectual properties are stolen, our trademarks are stolen, and there’s very little done on it.”

Funny Car racer Paul Lee, President of McLeod Racing, a leader in clutch technology, said these counterfeiters not only hurt the company but those employees who depend on their job for their livelihood.

“It’s a big problem for us,” Lee said. We’re” a small business trying to make it here in the USA. When we have companies that do that to us, they really hurt our bottom line, and they’re basically hurting not just me but the 25 employees we have at McLeod.” 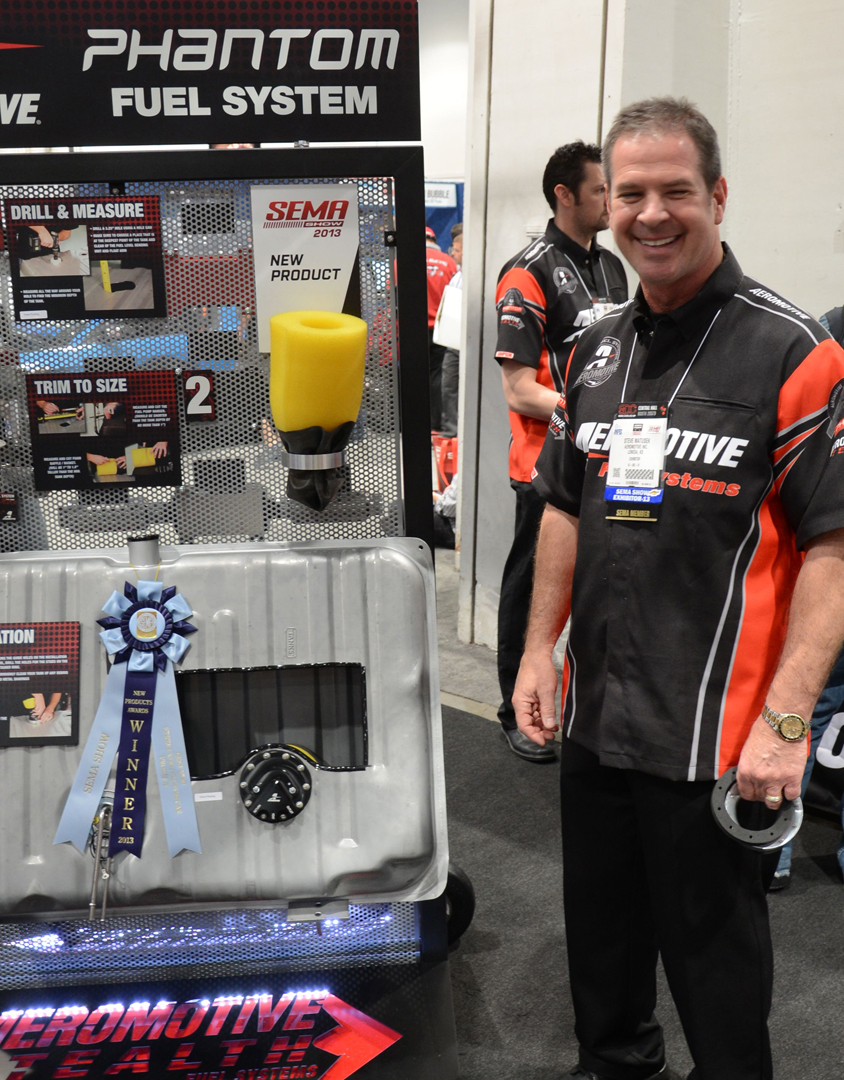 Bob Scheid, Director of Business Development, for McLeod said the issue largely begins outside of the United States and slowly makes its way here.

“A lot of it has happened overseas, so the product is getting made in China but getting shipped over to Dubai, Abu Dhabi, and places like that,” Scheid said. “Just being made aware of it at the beginning took a little bit of time. They were using right down to our logo on the product. It looked like a McLeod piece through and through, but it wasn’t, and it wasn’t the quality.”

Scheid said its an apparent measure of China’s disdain for the United States which has made spotting the counterfeit versions easier.

“Some of the steps that we had to take, one, educating our customers that there are counterfeits over there,” Scheid said. “The Chinese cannot copy Made in USA on the product, so we put Made in USA on the product. We made sure that our trademarks and everything was registered, both in China and over in the UAE. Both are first to register countries, so you can be selling for 20 years, or like us, almost 50 years, McLeod, and if somebody else registers, they get it, so you have to be proactive.”

Scheid said when McLeod spotted the counterfeit versions, they were not so easy to spot initially. Once they did spot them, closer inspection revealed blatant flaws.

“It was very blatant,” Scheid explained. “It looked just like our product. Of course, the materials were different and everything, but the logo was exactly the same. They had it right down to the club; they had it right down to any line that we would put on there. The Mag Force. So it was, we had to look twice. We could always tell, but we had to look twice.”

Matusek said the fakes would reveal themselves in terms of quality, which could have fatal ramifications.

“Our company works in a fuel world, in a volatile environment, and when you don’t use the right materials, the right tolerances, the right elastomers and you have problems with fuel delivery,” Matusek explained.

“You can have fuel spilling outbound onto a hot engine or a hot head and have a fire and injure somebody or burn somebody’s car down. We’ve even had lawsuits where it’s questionable whether the product was from overseas or if it was our product. So it’s a big problem, and it’s a global problem. I hope we continue to put the pressure on because the theft of intellectual properties to a business like us is huge and it’s not good for anybody.”

While Aeromotive and McCleod are fighting the fight globally, Kim Cervelli, Co-owner ProJack, said she’s consumed fighting those domestically who use their name and copycat the popular jack line.

“It’s people saying that they’re selling ProJack and they’re not selling ProJacks,” Cervelli explained. “They’ve taken the term ProJack, and treat it like Coca Cola and Kleenex. So guys will call somebody or somebody will say, ‘Where can I find ProJacks?”

“You have ten guys who are making them out of their garage who tell people, ‘I could build them for you, They are trademark infringing by saying they can make ProJacks.”

“I’ve had more problem with trademark infringement over the last four or five years than I have even just copying the product. Now they’re just taking the name. And they’re like, ‘Well, it’s a generic name.” 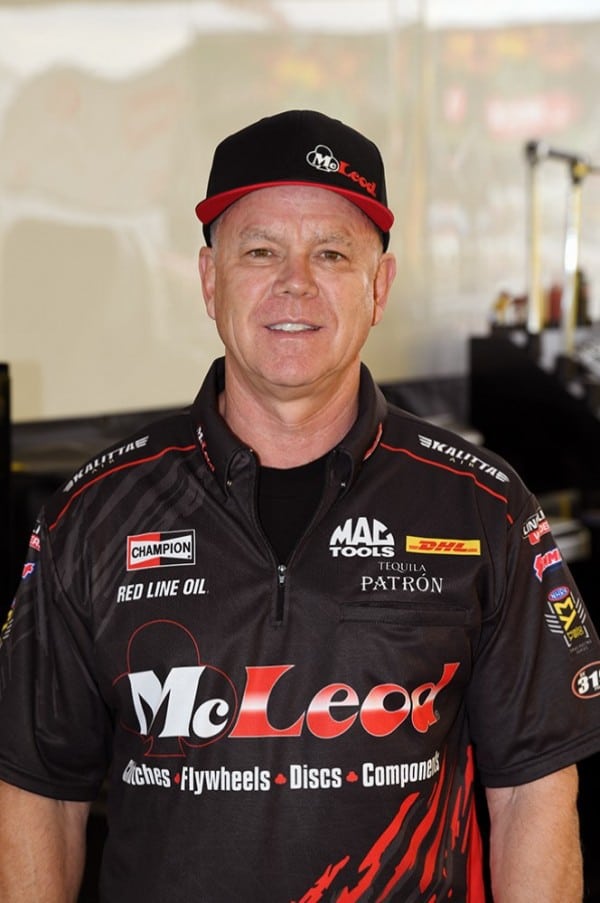 The worst part for Cervelli is the phone calls complaining they have an inferior product when, in reality, it isn’t their product at all.

“About six months ago I had a guy call me about the fluid that needs to go into his pump, and I was telling him, and he said well I voided his warranty on his pump, and I’m like, ‘What are you talking about voiding your warranty on the pump?”

“He said, ‘Well, you told me that I could use this fluid in the pump and it still isn’t working, so I took it into the hydraulic supply store, and they told me I used the wrong fluid, and I voided the warranty, and he was threatening to sue me. Come to find out; it wasn’t even my jacks. So I was getting threatened for a lawsuit on giving him wrong information, which the information I gave him would be the right information for my product, but apparently, it was the wrong information for his product that he bought, and I’m getting letters.”

Matusek said his Aeromotive brand prides itself on working to stay one step ahead of the thieves.

“We’ve been very proactive in trying to educate the consumer on a lot of areas,” Matusek explained. “On how to identify the difference between a true Aeromotive branded product versus a counterfeit product. These products even come over with our logo on them, and they continue to change as we modify our product. We continually upgrade, modify. We come out with new, innovative products, and one of our reasons we do that is to keep two or three steps ahead of some of these people that counterfeit our product.

“We are very active in trying to educate the consumer and our distributors on what is truly an Aeromotive product and what isn’t and at the end of the day, if it’s from a cost perspective, if it’s too good to be true, 100% of the times it is. If you see a brand new Aeromotive product and it’s 40% or 50% of where you can see it at the traditional distribution outlets, chances are it’s counterfeit.”

Combating counterfeit is a lose-lose scenario for manufacturers because even if they win the court battle, they lose resources for research and development which is funneled into legal fees.

“Mainly it’s always a Facebook war for us,” Cervelli explained. “It’s ridiculous that it was a Facebook war. Last February, everybody who was using the word ProJack on their website, or on Racing Junk, or in anything, they all got trademark infringement letters. I had to pay stupid money for a lawyer to draft up; do all the research on how they were trademark infringing, and cease and desist letters and that kind of stuff. It’s mainly just being on Facebook and having to keep track of everybody who is saying that they’re selling ProJacks and telling them they’re not selling ProJacks, I’m just trying to educate everybody that there’s a difference between real ProJacks and guys saying that they’re selling ProJacks.

The move, predicated by a situation where Cervelli alleges, an individual was doing business as ProJack. 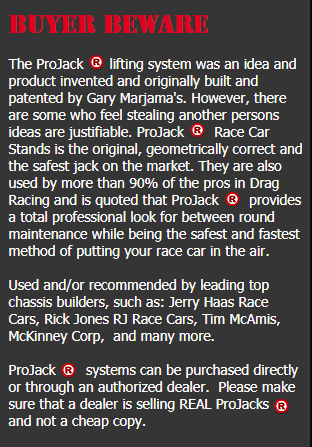 “For about three months, my sales went way down, about probably a year and a half ago, because another guy basically took over my company by using the name and everything, and on Facebook, and I didn’t know why my sales were down so much and this guy was claiming he was selling ProJacks,” Cervelli explained. “It definitely cuts into everything. I’m more of if you’re going to make the jacks, make the jacks, just don’t steal my name because now people think they’re buying ProJacks and then I have to deal with the bad reputation going around,”

Lee has felt the sting as well.

“In the last five years, I would say it’s cost us probably a million and a half dollars in sales,” Lee confirmed. “It’s really, really hurt us in our Middle East.

“They really hurt our business, not just our business, but there’s a lot of companies in the aftermarket that are US companies who work hard. We build all of our stuff right here in the USA, and we’re proud of that, right here at our facility in Anaheim, California. A lot of companies are running into the same problem. It is identity theft, and they’re just basically finding good products that make money and trying to benefit profitably from it. It’s all they’re doing is just profiting from it because it’s not a good product.”

And if you get a new product well below retail, and not from a dependable supplier, there’s a chance you could find out the hard way.