LINE DOMINATES IN RETURN TO RACING 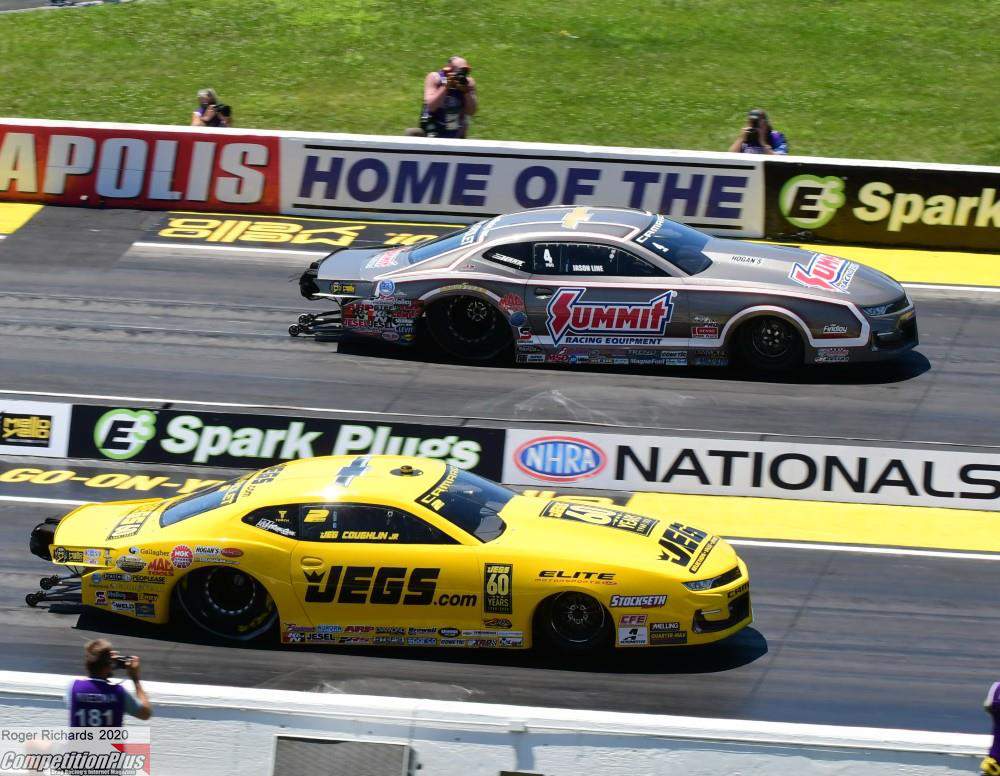 Sunday’s final in Pro Stock was one for the ages.

And it won’t be around in the sport for much longer. 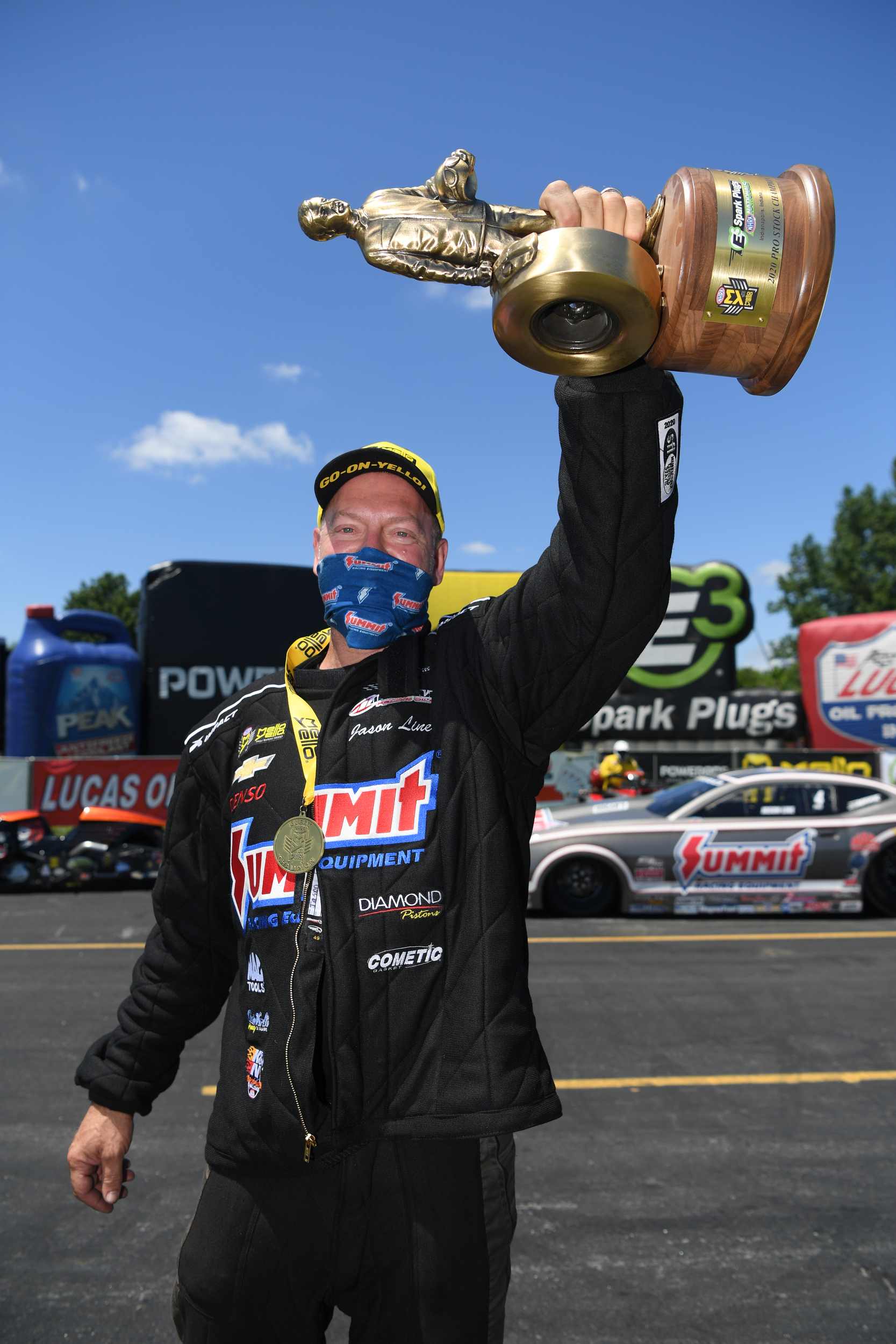 When Jason Line and Jeg Coughlin lined up across from one another in the final at the E3 Spark Plugs NHRA Nationals at Lucas Oil Raceway on Sunday - their second final round matchup in three races this season - it represented more than 820 races and 115 wins between the two competitors.

And when Line crossed the stripe first to collect his 51st career Wally, it put the two drivers in the midst of their retirement tours at 1-1 against one another in final rounds this season.

“As a driver, he’s as good as there’s ever been. So I have much respect for him for that,” Line said. “You know you’ve got to be great when you go up there against him, and fortunately, today we were good enough. I struggled all weekend, I guess I’ve been too long out of the car or maybe I’m just getting old, but I struggled a little bit. But I had it when I needed it. The guys helped me a little bit with the car, so we had a great hot rod all weekend.”

While Coughlin got the best of Line at the season-opening Winternationals back in February, Line won the rematch at the season reboot in a tremendous drag race. Line left first in the Summit Racing Equipment Chevrolet Camaro and ran a smooth 6.647-second lap at 207.21 mph, just edging Coughlin’s 6.658 at 206.76 mph in the JEGS machine. The margin at the finish line - .016 - or roughly five feet.

Line added a win over his KB Racing teammate Greg Anderson in the semifinal, to go along with wins over Alan Prusiensky and Alex Laughlin. Line trailed in two of those matchups early, but found the horsepower to easily drive past all four of his opponents on Sunday.

Coughlin had wins over Bruno Massel, Chris McGaha, and Erica Enders to reach his second final of the season.

While Line had the horsepower to cover all of his opponents on Sunday, he was a little down on his driving overall. His reaction times in the first three rounds - .071, .088, .057 - left little room for error, but he found it when he needed it most in outmatching Coughlin in the final.

“My car didn’t struggle at all, but I struggled as a driver,” Line said. “I didn’t do some things right and it certainly wasn’t great with my left foot, that’s for sure. But I was good when I needed to be, so I guess that is all that matters.

“It is what it is. But overall it was a great day and I thank all of the fans for coming out and everybody who supported this. I think people need something good to feel good about right now, so hopefully this brings somebody as much joy as it does us.”

Even better, Line moves up a spot in the championship standings from third to second and sits just eight points behind Coughlin in the class. The other winner in 2020 Erica Enders, winning in Phoenix back in February before the shutdown, is third.