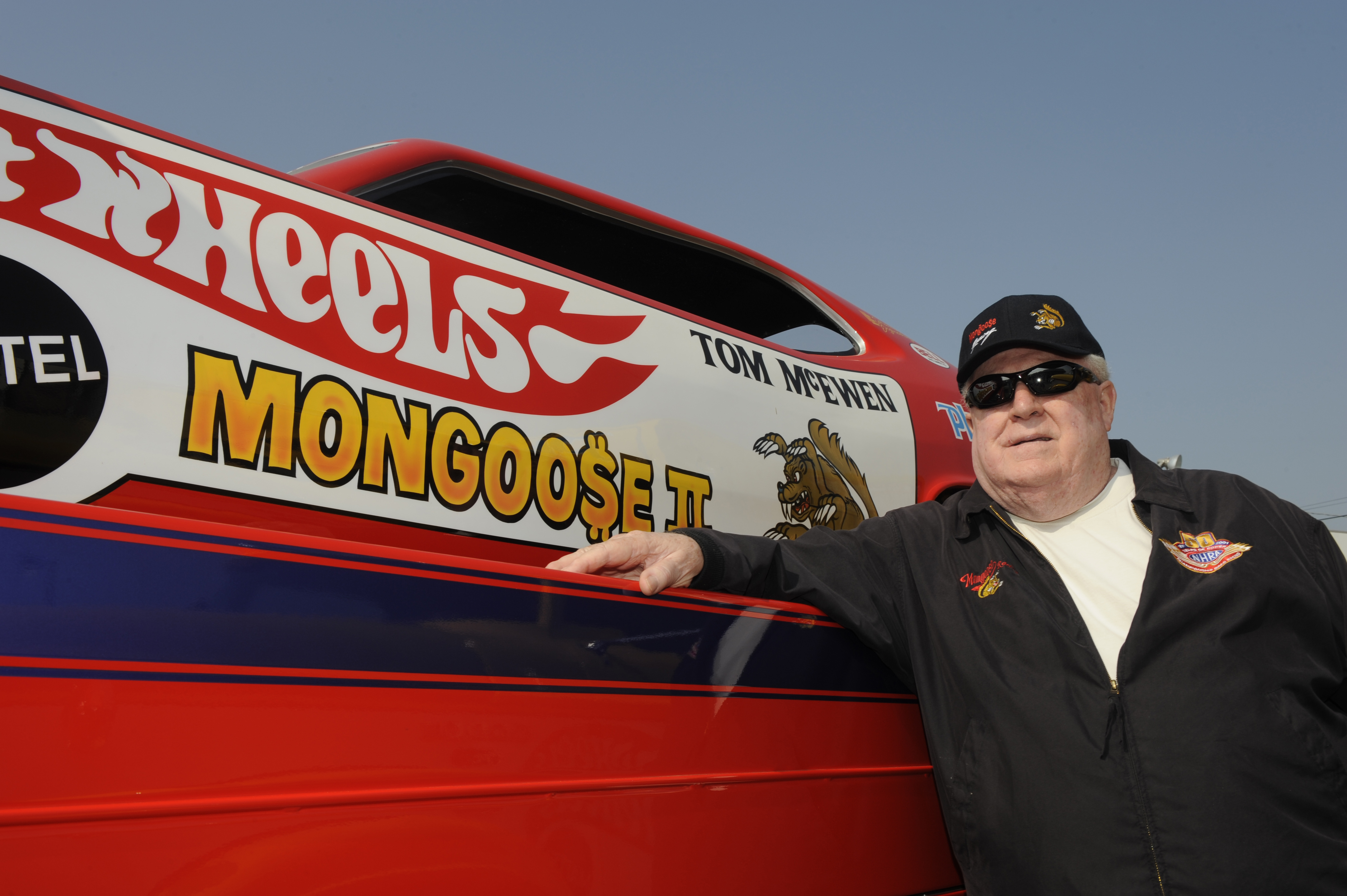 Legendary drag racer Tom “the Mongoose” McEwen passed away June 10. He was 81.

McEwen was considered one of the best drivers in drag racing history and he was best known for his colorful personality.

His promotional ability in the sport of drag racing was way ahead of its time. Back in 1964, he garnered the nickname “The Mongoose” as a way to get Don “The Snake” Prudhomme to race against him.

McEwen and Prudhomme formed a long-lasting friendship and they traveled and raced all over America against each other and in the process changed the landscape of drag racing by introducing Mattel sponsorship. The duo had their popularity sky-rocket and they had their own Hot Wheels toys and subsequently were able to attract other big-name sponsors to the sport.

McEwen is a member of the International Drag Racing Hall of Fame.

In 2013, Snake and Mongoose film was released about the rivalry and friendship of McEwen and Prudhomme telling the story of how they changed the sport of drag racing.

Veteran racer and nitro Funny Car world champion Ron Capps shared his thoughts about the passing of McEwen on Twitter.

“Ugh…Just landed and got this news that Tom “the Mongoose” McEwen has passed away.

One of a kind and gonna miss those frequent phone calls, especially the ones with him chewing my rearend …