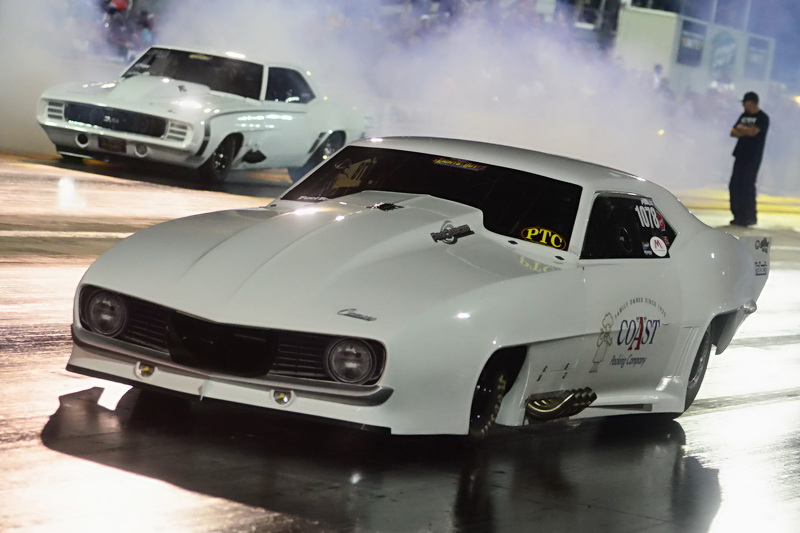 Jason Lee's record-setting 3.50-seconds pass at 211.46 mph in the very first pair of Radials vs. the World qualifying Wednesday night at Lights Out 12, held up through Thursday night's session, two rounds on Friday and Saturday morning's last chance to knock Lee and his Procharger-boosted '69 Camaro from their pedestal atop 37 RVW entries.

Following the defending NMCA Pro Mod champion into eliminations at South Georgia Motorsports Park was Bryan Markiewicz at 3.55 and 206.95 in another Procharger-equipped '69 Camaro. Georgia's own Marcus Birt placed his nitrous-fed '16 Corvette third with a 3.58 at 205.10 mph, fan-favorite Stevie Jackson secured fourth with a 3.59 at 211.53 in his screw-blown 2015 Camaro, and Jamie Hancock and his Alabama gang rounded out the ytop five with a 3.60 at 200.92 in their nitrous-huffing '69 Firebird.