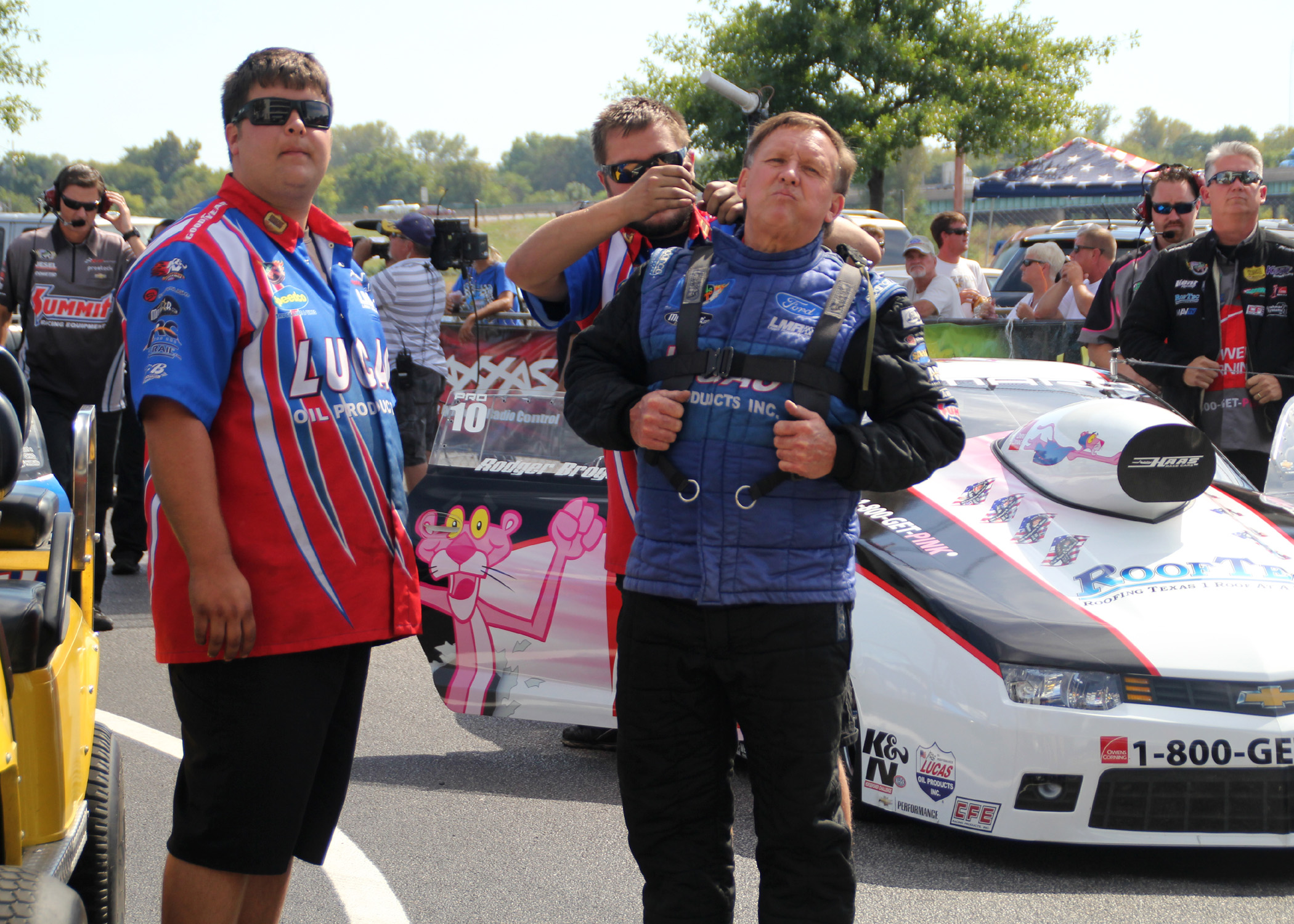 Last week, our ARP Question of the Week poll asked who was the best Pro Stock driver never to win an NHRA world championship.

By a 27-percent majority, you responded Larry Morgan.

The colorful driver from Newark, Ohio, always marched to the beat of his own drum and rarely was one to hold back in voicing his opinions or displeasure. Few can forget his most famous run-in with the NHRA over a timing issue prompted Morgan to utter the famous phrase in a 2006 CompetitionPlus.com story by Susan Wade criticizing the sanctioning body for their handling of a timing issue. Morgan went on to create a t-shirt with the famous saying but was forced to take them out of circulation when it included an NHRA logo, as required by all t-shirts sold at series events.

The early leader and second-place finisher was Dave Connolly, the youthful driver who inspired Warren Johnson to "teach that punk a lesson."