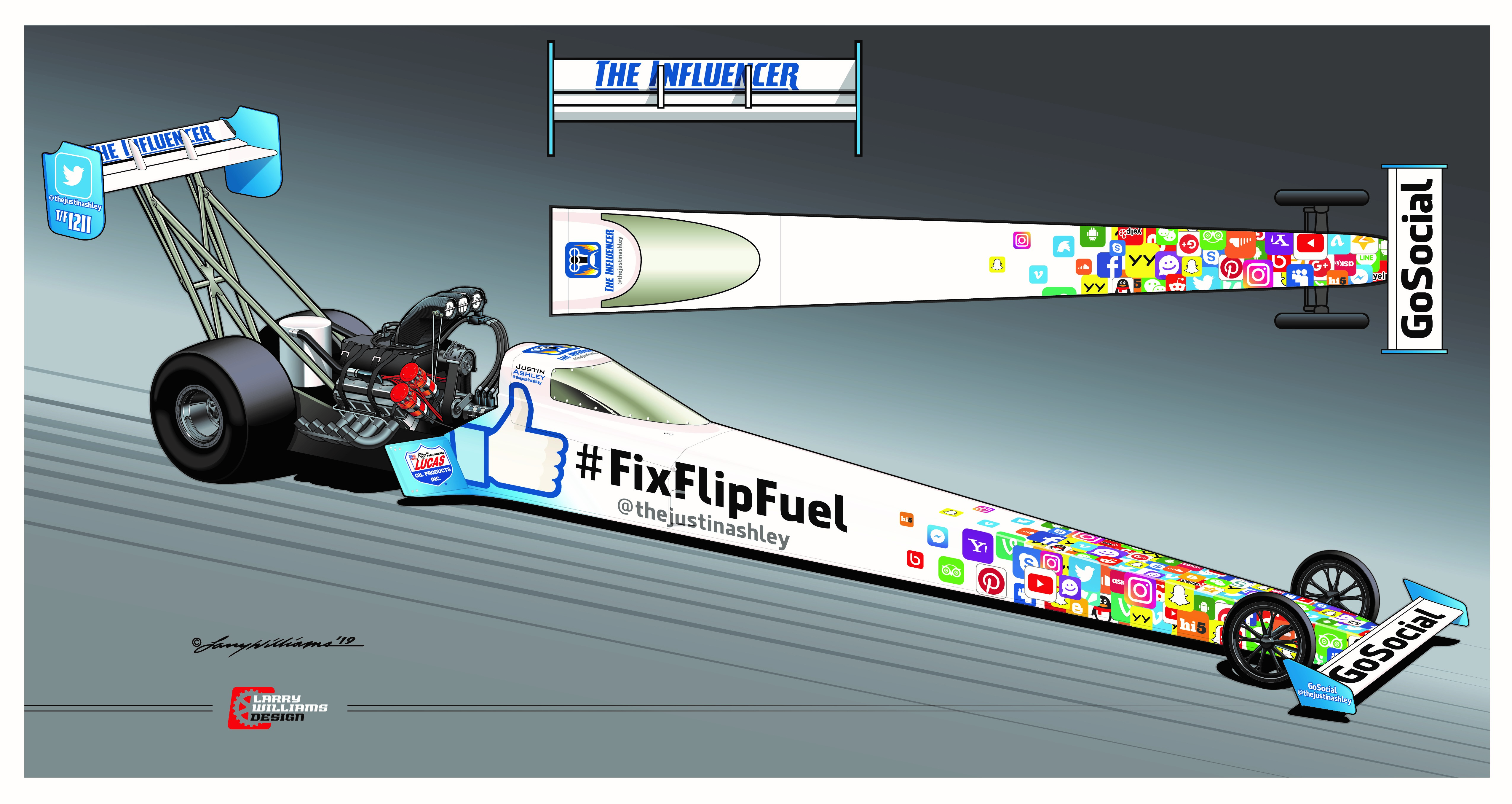 The “Influencer” Top Fuel Car to be piloted by Justin Ashley 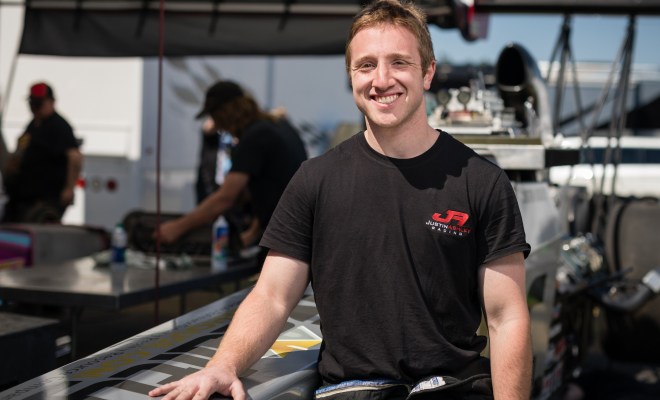 Second generation driver, 24-year-old Justin Ashley, will advance in the next steps of his career behind the wheel of a Top Fuel dragster with Dustin Davis and the Davis Motorsports team by his side. Shifting gears to Top Fuel came as more of a surprise to Ashley than it did to most avid fans of the sport. The talk was not if, but when, young Ashley would work his way into the pros and the answer is: at the NHRA NTK Carolina Nationals October 11th in Charlotte, North Carolina.

“I have to say this has been a much more rapid progression than I had anticipated. I really enjoyed racing with Barry Brown in Top Dragster, and Randy Meyer in Top Alcohol. I even started my own team just a year ago. But when Dustin Davis approached me with this opportunity, and after I got a chance to meet the team, I just felt this was an opportunity I couldn’t pass up. I had to make the decision,” Ashley said.

The team has taken delivery of a DSR Top Fueler which has performed two test sessions to date. Next up is the Indy pro test prior to the US Nationals. Veteran crew chief Lance Larsen is joined by Jason Bunker to lead the team. The team is committed to fielding a competitive car. On his part, Ashley has already run 3.78 and says he’s getting comfortable in the car.

“I consider myself blessed to have this opportunity at this time in my life and with this team. These are all great people and I believe we can go out, compete and win,” Ashley said. “Also, growing up around the sport, I have relationships with people who are just incredible. They know who they are, and I am forever grateful for their help, guidance and genuine support. Without them I don’t believe this debut would be possible.” 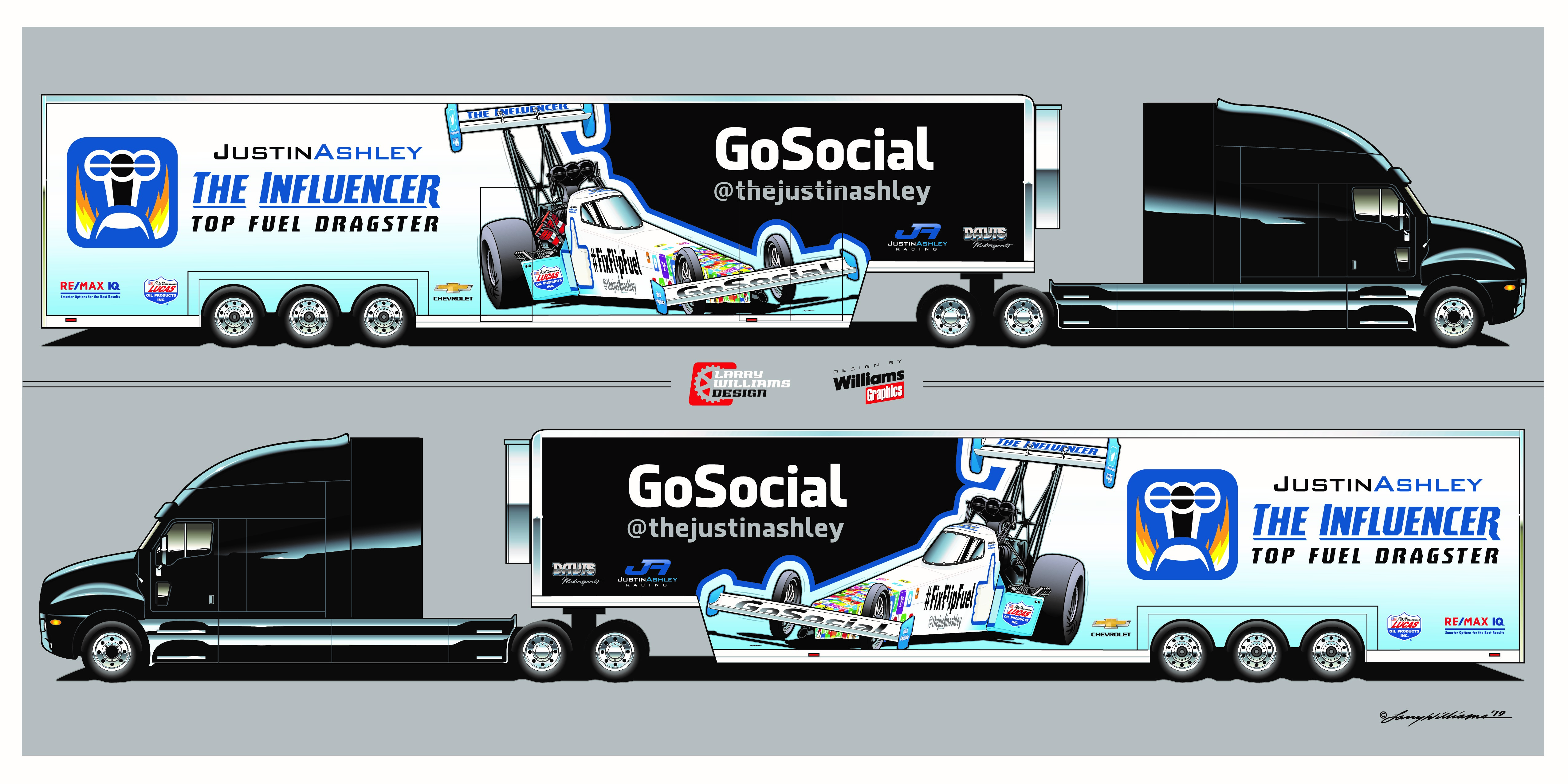 When he’s not piloting the team’s top fueler, Ashley runs his fix and flip real estate business.  To accompany his Top Fuel debut the team will launch a multi-episode online documentary, Fix, Flip and Fuel, where fans can follow  Justin’s journey as he works with Davis Motorsport to build the team, test the car and prepare for his first pro race while working his way through some of the toughest renovations you’ll ever see.

Sponsors will now have the opportunity to tie two key demographics together like never before through a newly founded and unique model. The “Influencer” will connect Justin’s NHRA fanbase and growing social audience built around his two passions; racing and renovations.

“We’ve looked at the sport and the ability to deliver proportionate and measurable value for potential marketing partners. We have a well thought out program that’s relevant and effective for marketing partners to join our team at affordable price points. We’re in this for the long haul. Our preference is to develop a sustainable program for the long term. I’m excited about our program overall, on and off the track”.