JORDAN VANDERGRIFF WORKING ON FINDING HIS WAY BACK TO TOP FUEL 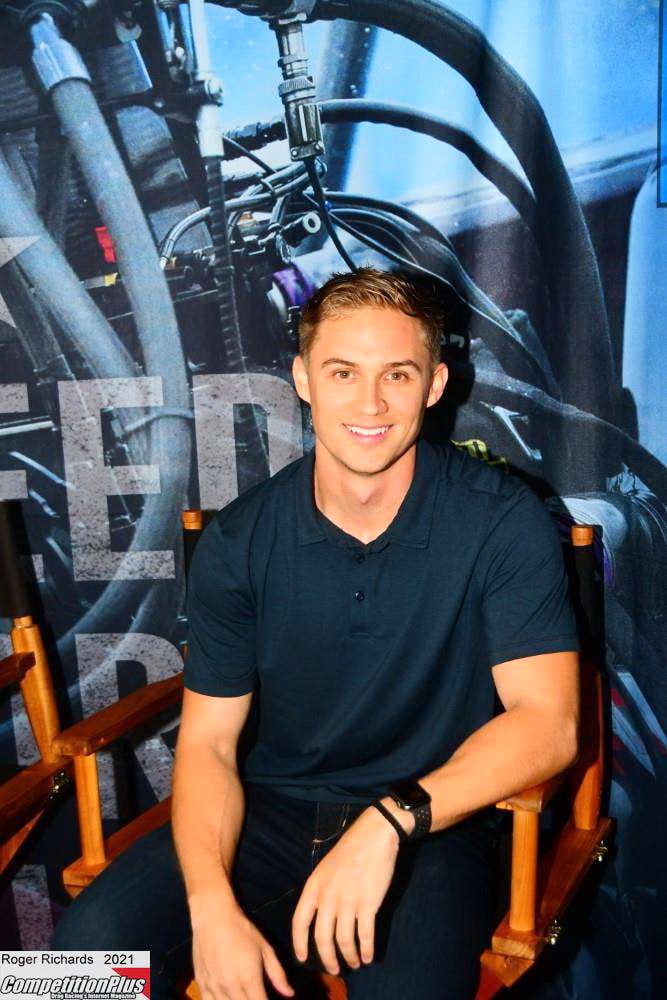 Jordan Vandergriff has learned a pain worse than losing a championship on a holeshot. It's a pain he had to grin and bear for going on two years now.

Vandergriff lost his primary sponsor, D.A. Lubricants, at the end of the 2019 season, forcing the rookie driver to park his dragster and go on the search for a new marketing partner.

The 26-year old Vandergriff was touted, during his time racing in NHRA with Bob Vandergriff Racing, as one of the bright spots in the next generation of nitro drivers. Still, the driver with a promising career isn't giving up by any means.

"When you first hear that you're losing your sponsor, it doesn't really hit you then," Vandergriff said. "You kind of think, 'hey, I; everybody time to get to work. I'm going to find something."

"And then, as time goes on, it got more of a reality. There have been times where it's been tough and I wish I was out here. But I know that everybody goes through their struggle, especially in drag racing; everybody has their ups and downs. A lot of the drivers now have those stories of how they made it once, and went through some trials and tribulations and made it back again. So I know that when it's my time, it's going to come. And when it's my time, I'll be ready."

If it's true that misery loves company, Vandergriff finds himself in an elite company with talented drivers seeking the involvement of Corporate America.

"I think every situation is singular, and I think different reasons for different people as to why it is," Vandergriff said. "it's tough out here these days. I mean, corporate sponsors are really tough to get. But I think our sport can add a lot of value to these corporate sponsors, and I'm out here trying to show what I can bring to somebody, as well as what the sport can bring to somebody."

While many choose to lament Vandergriff's generation, for a marketing partner who takes a chance on the enthusiastic, professional approach he brings, Vandergriff has a package worth investing in.

"But other than that, I'm an individual. I have a personality. I can have a little bit of fun. And I'm younger. And what this sport needs is the younger generation; if somebody were to come on board with me, I'm the perfect guy to deliver that message for them.

Perfect, as in Vandergriff, is well-schooled on the process of building business-to-business relationships as a third-generation involved in the family's Hedman business. 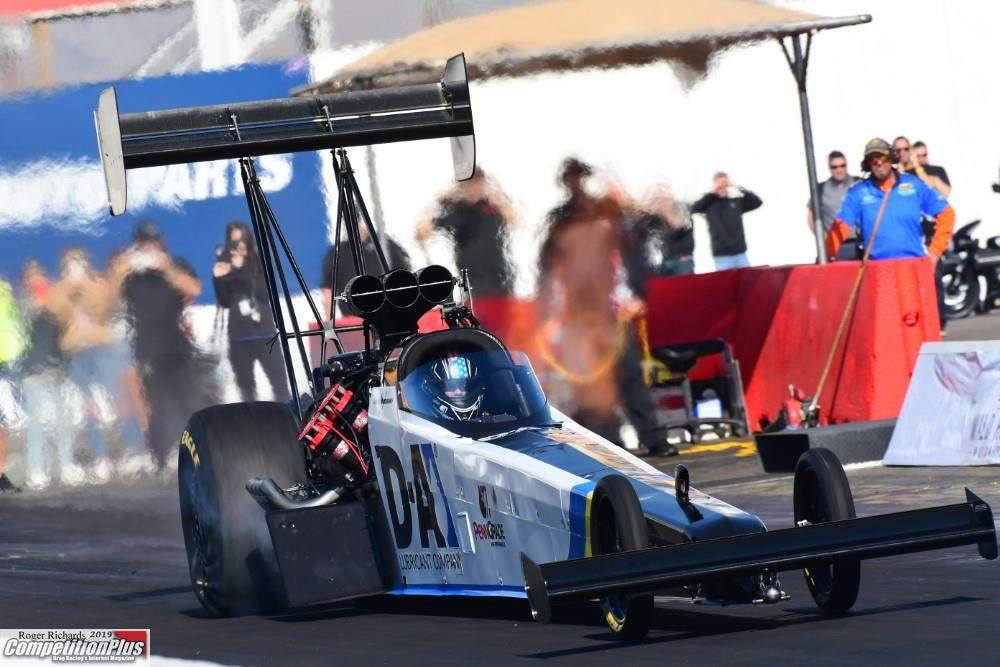 "It's really the only way now," Vandergriff explained. "I mean, back in the 80s and the 90s, [traditional racing-related sponsorships] were a little more friendly to the sport, but nowadays [B2B] is the only way you can make it out here. But what the sport is great at is - relationships. The sport is tied to a lot of companies, a lot of racing-related companies. So any company that can benefit from that can come here and be exposed to a lot more possible business opportunities."

Don't get Vandergriff wrong; he's not saying there isn't a place in the sport for a company seeking the traditional impressions. As he puts it, drag racing is a sport that has more sensory overload than any other form of motorsport with 10,000-plus horsepower billboards.

Just the way it's delivered away from the track, Vandergriff points out, is a lot different than it was a racing generation ago. He's very much hip to the value of the social media world.

"The companies are going to take you seriously, the more followers you have," Vandergriff explained. "If you have the door cracked, it's going to creak a little bit more open for that. These days, especially with the social media revolution, a lot of stuff gets put on Twitter, a lot of stuff gets put on Instagram. Social media, it's a huge part. That's something that I want to improve on myself. I want a bigger social following just to give me a better opportunity to break down these doors. So if you hear this, give me a follow on Instagram and Twitter. Vandergriff understands that being an influencer on social media is a tall challenge because of his sidelined status. So now, he's focused on getting as many drag racing-centric followers as possible.

"If I was racing, I'd be posting a lot more," Vandergriff admitted. "I want my followers to be race-related and fans of racing itself, so that race-related sponsors will see those followers as an asset to them. So it would be a little easier if I was out here racing, but for now I just have to sell myself."

More times than not, getting attention on social media requires being outlandish and outside of the norm. Vandergriff isn't interested in