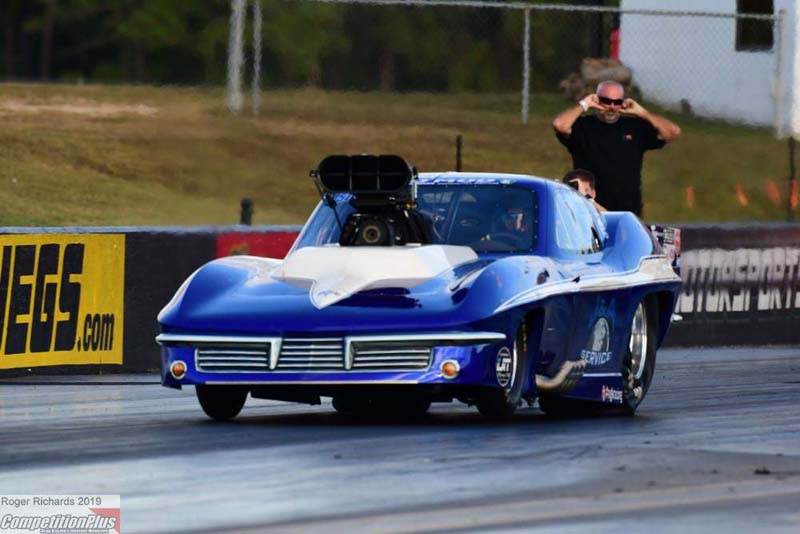 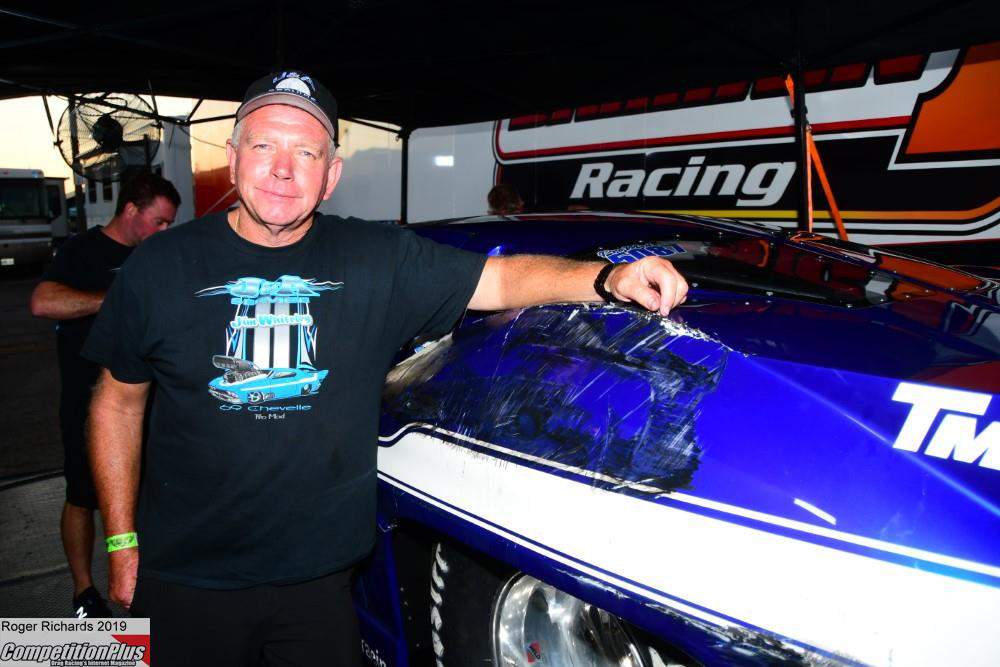 Pro Modified racer Jim Whitely lost control of his 1963 Corvette and flipped the supercharged hot rod on its side where it slid to a stop during the Shakedown Nationals at Virginia Motorsports Park. He exited the car under his own power and was uninjured.

Whiteley's doorslammer got out of shape about the 200-foot mark, due to an oil line failure. Once the leaking oil got under the tires, he was along for the ride.

Whitely told CompetitionPlus.com's Roger Richards the car has no apparent chassis damage, and expects to have it in St. Louis for next weekend's NHRA Midwest Nationals. 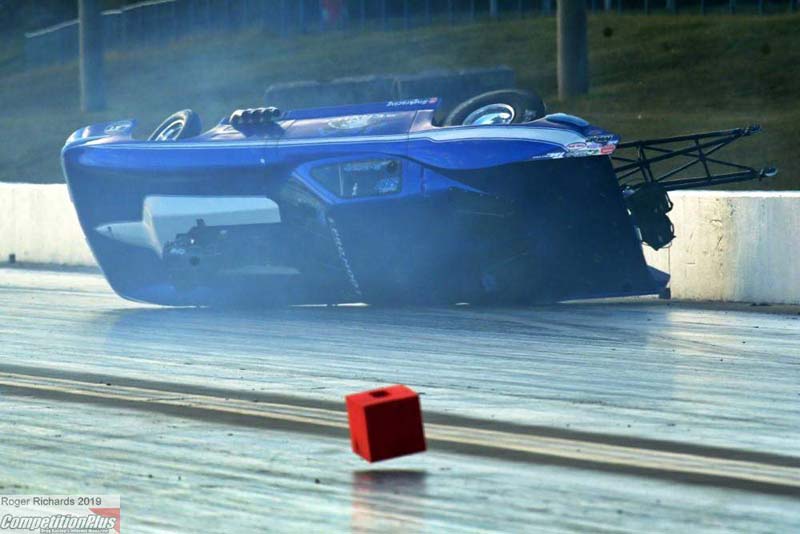 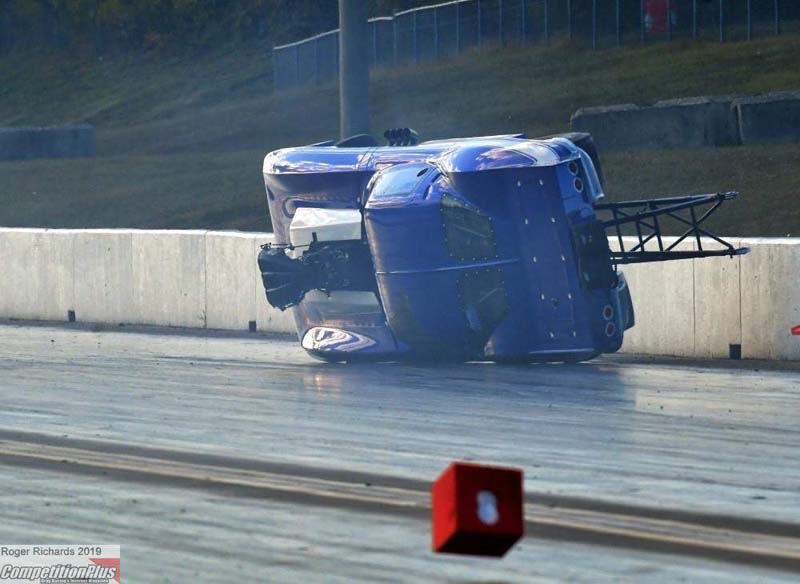 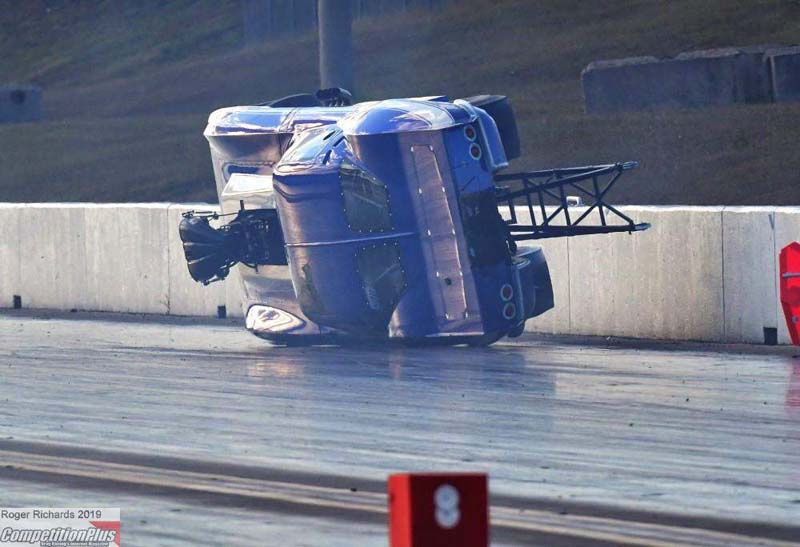 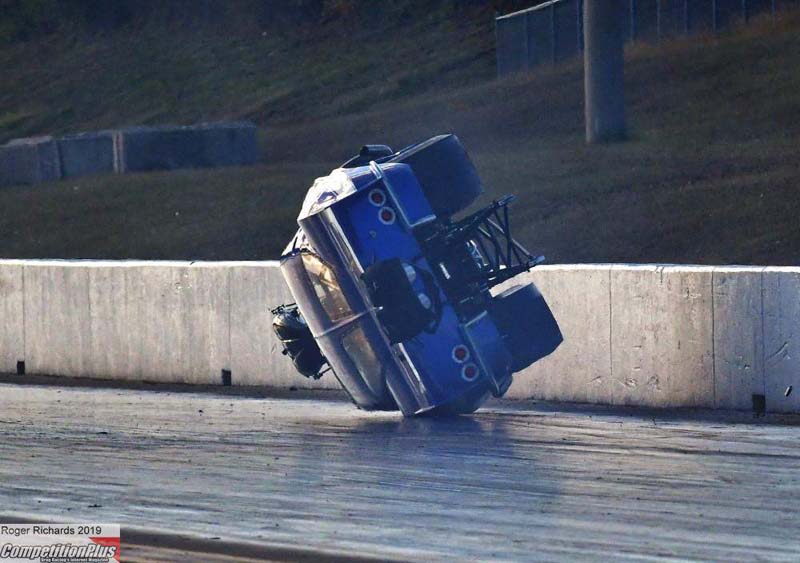 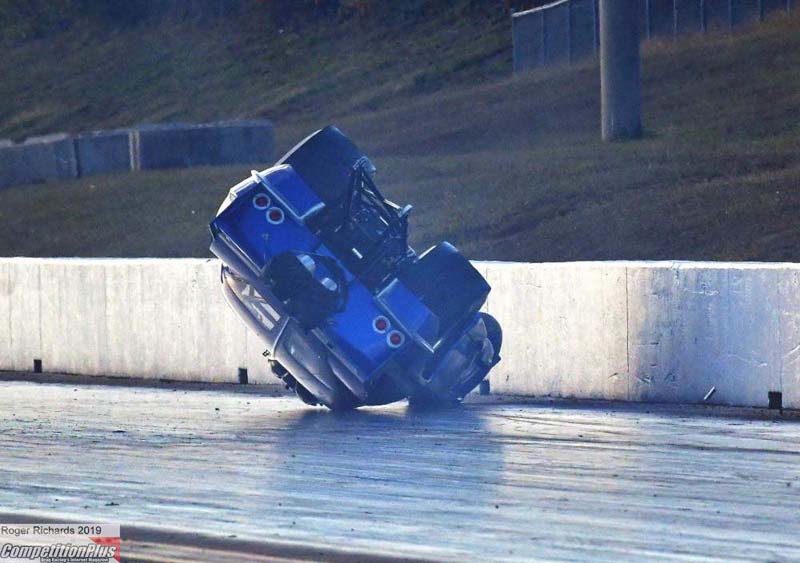 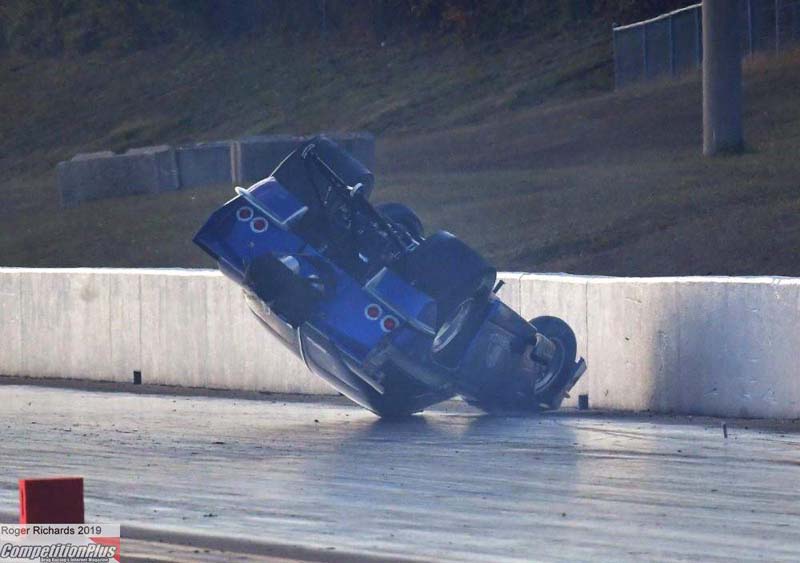 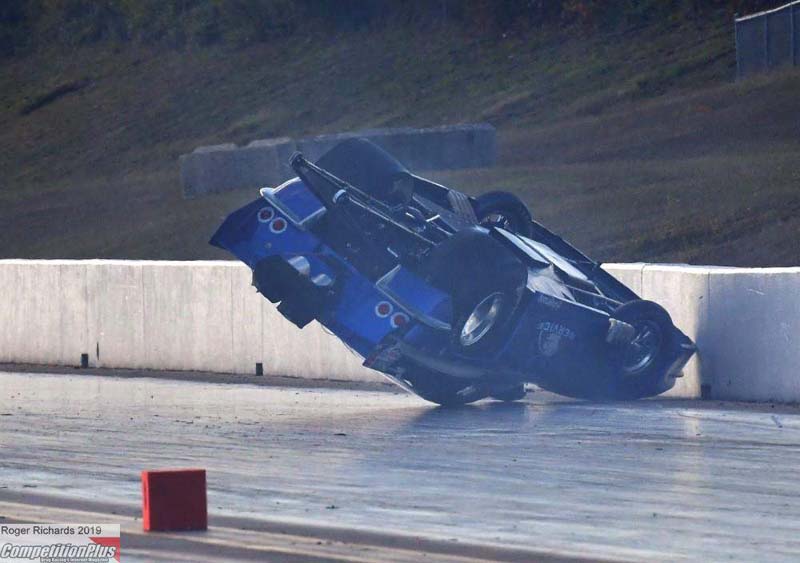 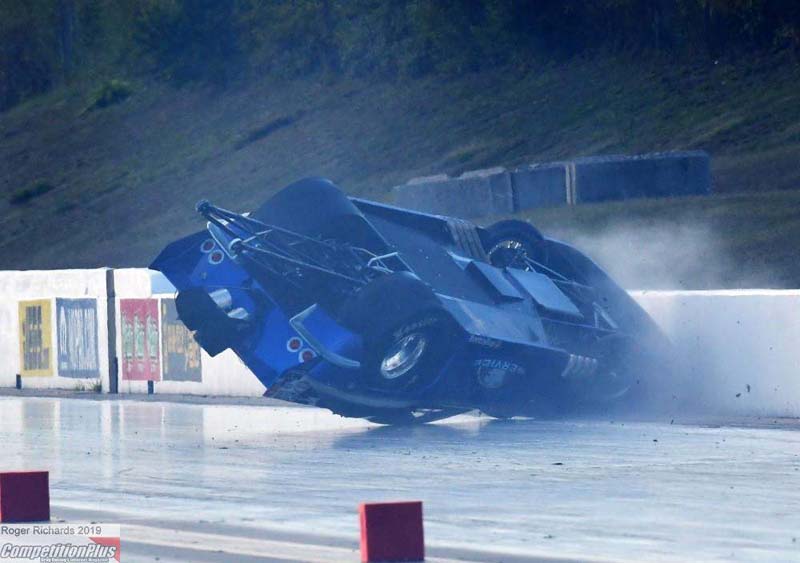