JEG COUGHLIN HAS PLENTY OF MOTIVATION FOR 2020 PRO STOCK SEASON 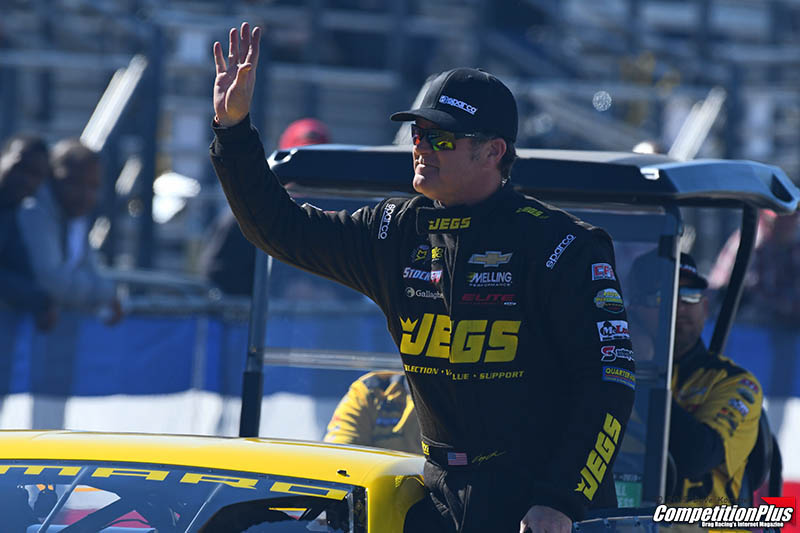 Let's begin with this: Jeg Coughlin Jr. is already regarded as one of the best drivers in NHRA history. He's won five Pro Stock championship and 63 Pro Stock races in his glorious career, so Coughlin's place in the sport is already cemented.

So finishing second in 2019 isn't a big deal, right? Wait, he finished second in 2018, too. Hmm, maybe he'd be a bit perturbed, but no worries since he's already accomplished so much.
Well, you don't get to such a lofty place in your career without always wanting more. And Coughlin definitely wants more after finishing runner-up to Elite Motorsports teammate Erica Enders last year and to Tanner Gray a year before.

"We've been knocking on the door the last two years. In my career, we've been fortunate to win a lot of rounds, win a lot of races and some championships," Coughlin said. "That’s the ultimate goal, each and every year when you start the season. Since the playoffs have come in in 2007, your goals don’t change, but your gameplan is a little more strategic.

"We're not going to change a whole lot. We don't stress a whole lot that we've not reached our goal the last two years. There's only one team happier, and in this case last year, it was our teammate Erica Enders. We kept the championship in the family, which is fantastic.

"As we’ve turned to 2020, as a team, we've talked about some of the things that have kept us in the Countdown and reaching that ultimate goal, winning a championship. We'll just try and eliminate some of those variables around us and see if that will propel us one place higher in the standings."
Coughlin said his Elite team, again led by crew chief Rickie Jones, won't change how things will be done in the Countdown to the Championship, the six-race NHRA playoffs.

"We strategically race the Countdown what seems like one tick or two ticks more aggressively than we do the regular season," Coughlin said. "When I say aggressively, from the standpoint of Q1, the tuneup of the car is pretty much set on kill at all times."

So Coughlin and the team asked themselves, "Why aren't you set on kill every single run?"
We're talking about hundredths of a second, and Coughlin's team may have been a tick more conservative to ensure the team's yellow Camaro got down the track. That hundredth of a second could be the difference between qualifying No. 1 or No. 8. And that conservatism will be gone for 2020.
"We've talked about being maybe that tick more aggressive in the regular season," Coughlin said. "Maybe that will give us a little more consistency and balance and confidence throughout the whole year to always be on that edge." 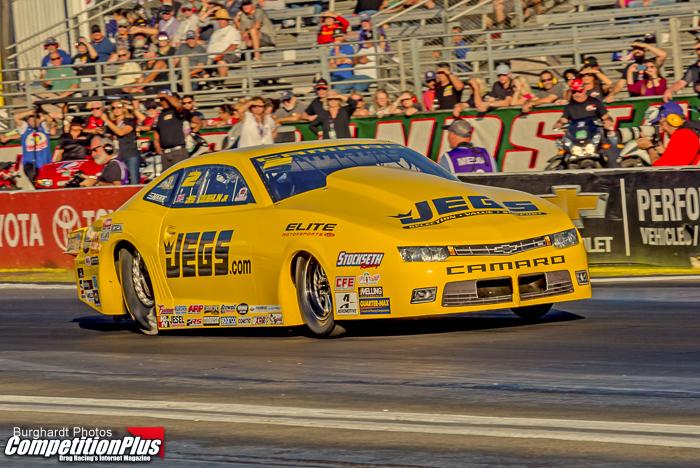 Another point Coughlin hopes to improve on is to eliminate any outside distractions.
"I've got to be more disciplined, more focused," Coughlin said. "This is a game of thousandths of a second. Just going through the motions, sometimes you are guilty of that, and that won't get it done. I certainly experienced that in the past Countdown."

Coughlin turns 50 years old this June, and he's been racing for just about his entire adult life. He's a family man and an integral part of the successful JEGS High Performance business. While he may not have anything left to prove over his long driving career, Coughlin definitely has motivation to succeed.

"I'm a very competitive person," Coughlin said. "I enjoy that and love. The team around you and the camaraderie has a lot to do with that as well, and I'm extremely comfortable with the team that Richard Freeman leads. I've been working with them for a handful of years, so that makes it much easier."
Besides, any time he may need an added jolt of inspiration, he only needs to go to the ropes in his Elite Motorsports pit area.

"I've been doing professional racing since 1997 to now," Coughlin said. "We've come across hundredths of thousands of fans – millions of fans in all reality – in that span. There is an element of that. You see that in a lot of other major sports where a key player may be running out of steam, but the fans pull them through in the moment, with their energy and with their support.

"That's certainly an element I've enjoyed.  And in that same respect, our business, JEGS, caters to that performance aftermarket world. … Having that type of family behind me as well makes it special for me.
"Nothing is forever, but I'm certainly looking forward to 2020."

He's focused, he's motivated. Sounds like Coughlin could added to his already stellar resume.
"I think 2020 is going to be a fun year, with it being the 50th anniversary of the class of Pro Stock, which will create some excitement and history at each and every event," Coughlin said. "That'll be fun for me as a competitor, knowing the sport pretty well. It'll be a neat year."

How far has Erica Enders come in her NHRA career?
Consider the cover of a recently updated book, "The History of Pro Stock." Right there, next to legendary Bob Glidden, is a photograph of Enders' Chevrolet Camaro. #DragRacingNews #nhra - https://t.co/PhQGNtBAGJ pic.twitter.com/21RQv9hWjb