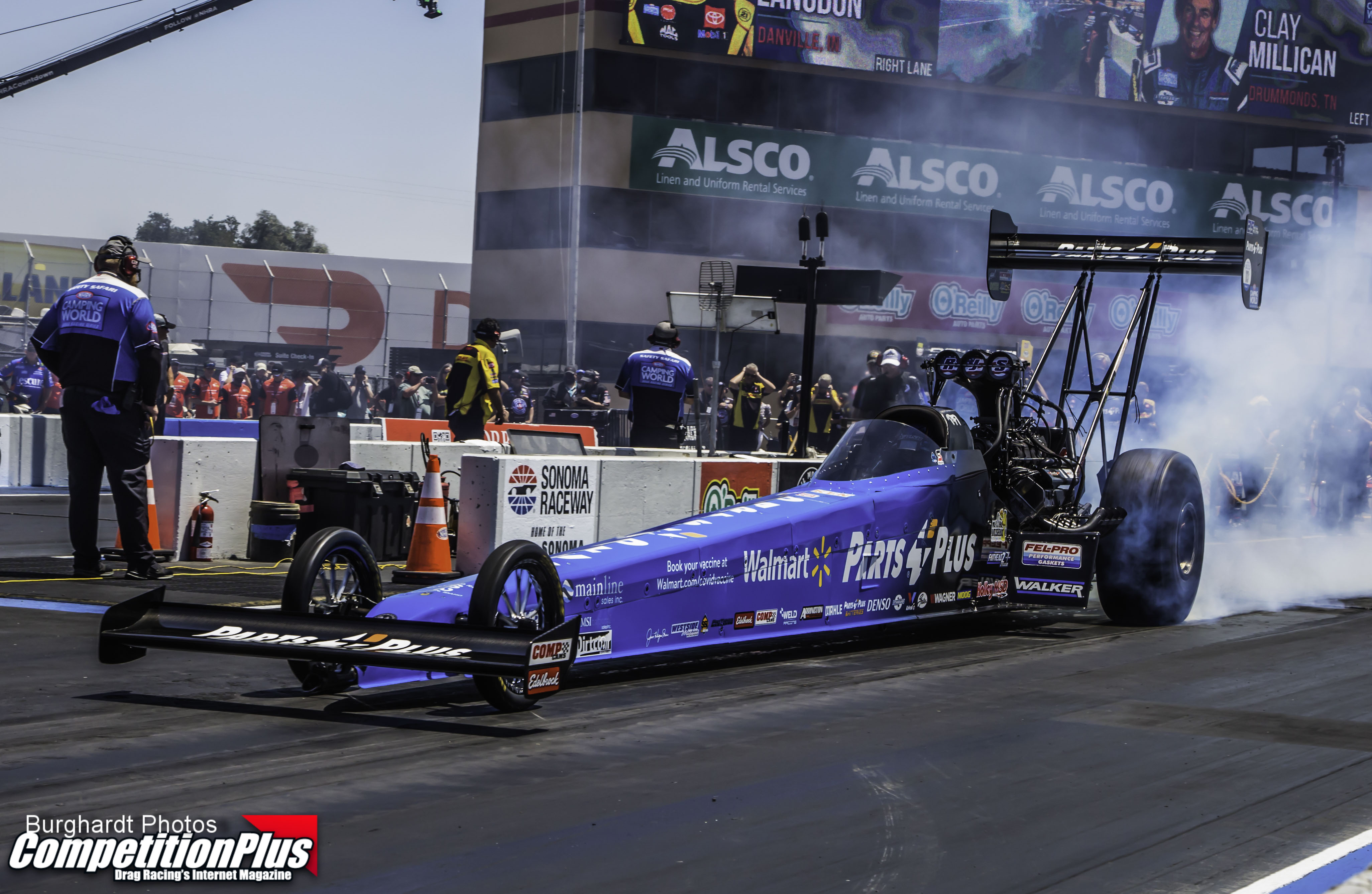 Let the record reflect that Clay Millican has zero interest in living vicariously through others.

Back in June when an inner ear infection left him on the sidelines as a spectator and watching Austin Prock drive his Parts Plus Top Fuel dragster, Millican wasn't enthused with the situation but confident it was the right move to step aside.

"It was one of the craziest weekends for me to see that going on," Millican said. "And at the same time, it was probably the hardest decision in racing that I've ever made. When I stood on the gas that Friday night, everything was just kind of disoriented, and I'm like, this is not smart. I've driven these cars with broken bones. I've driven them with stitches. I've even driven with an IV bag inside my fire suit before from dehydration. But these cars are so fast and so crazy that if you're not at a hundred percent, you don't need to do it."

Millican recalled the moment he tearfully informed his team of the team of what was expected to be a temporary situation.

"I had this whole pump me up kind of speech in my mind for them," Millican said. "And the moment the words started coming out of my mouth, that I can't drive, I absolutely started bawling like a baby. And while that was not my intent at all, I didn't mean for that to happen, but what that tells me is how much I love this sport, how much I love what I get to do, and also I think it probably shows how much respect I have for our competitors and our fans, because could I have just tried to get away with it? Probably. Probably. But this sport means so much to me. It wasn't the right thing for me to do."

Though his "Win One for the Gipper" speech didn't go as planned, the substitution couldn't have gone any better.

"It definitely brought out a tear," Millican said of watching his car win. "If you listen to the broadcast in the booth, I felt some frogs getting in my throat when Austin was turning on win lights. It was a crazy experience. I don't want to do it again, but I'm so proud of how this group came together and did everything necessary to keep the Parts Plus car out there and I'm healthy and ready to go. But with the renewed sense of, I love this.

Simply put, Millican is nowhere near the Don Schumacher or Don Prudhomme route, of supervising a team and drivers.

"Definitely not yet," Millican said. "I'm sure that'll hit me someday, but I ain't there yet. I've done this a long time, but woo. I love stomping on that loud pedal, and the internal come out, of like, that's how much this means to me."

Which why Friday's tooth-rattling run behind the wheel in Denver, was such a blessing for Millican.

"At Denver, Friday night, nervous as could be," Millican admitted. "Basically kind of felt like when I started to get my top field license. Hit the gas, thing shook brutally, and I was excited, like super excited to get back to the trailer. And Mike's got his head in the computer in there and I'm like, "Dude, you got to stand up."

"And so it was awesome."