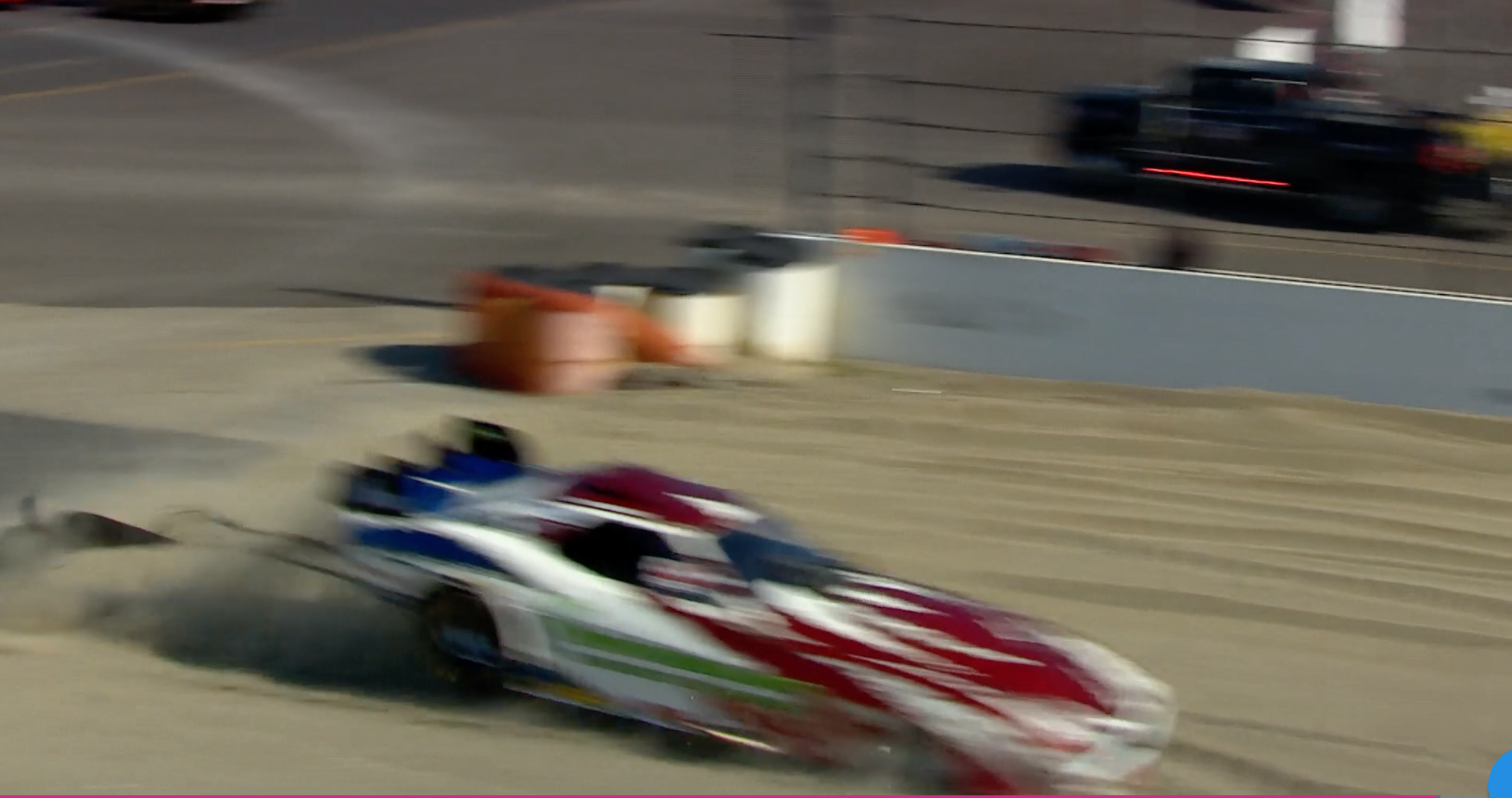 The parachutes on his ’69 Camaro failed to deploy at the end of a 262-mph exhibition run during the NHRA’s Lucas Oil Winternationals. The Sylmar, Calif., veteran racer was able to scrub off some speed once he realized he was headed for the sand trap, but he ran out of pavement at about 100 mph.

The netting swallowed Horan’s car and had to be replaced once the car was extracted. The delay lasted about an hour.