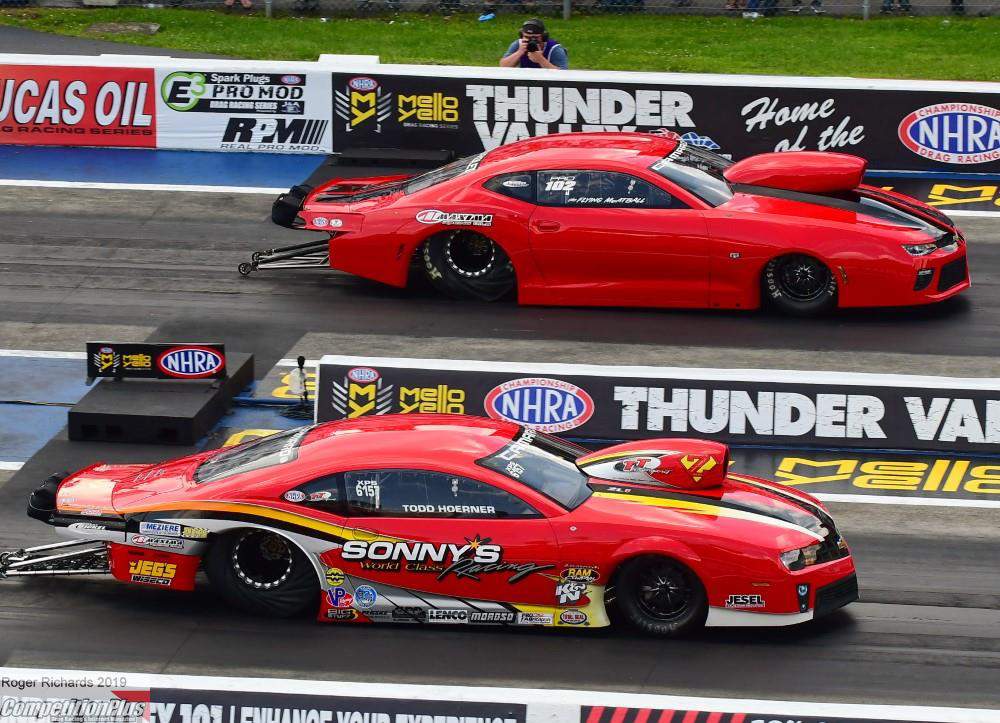 After finishing runner-up at the NHRA Four-Wide Nationals in Concorde, NC, Todd Hoerner sealed the deal at the next race. Hoerner, driving the TT Motorsports Chevrolet Camaro sponsored by Sonny’s Racing Engines, beat Frank Gugliotta in the final round of the Mountain Motor Pro Stock division in Bristol, Tenn.

Hoerner has reached the final round in two of the three Mountain Motor Pro Stock events contested in NHRA history.

“Lump had this thing just on rails,” Hoerner said. “We struggled in the first qualifying run. Made some changes to the car and after that, it was just on rails. Can’t thank Lump and Dwayne enough on the car. Obviously couldn’t be here without TT Motorsports and Tommy, Paula and Tiana. They’re the only reason I’m here and able to do it. Excited to bring this trophy back to him for Father’s Day. We both lost our dads several years ago, and it’s an emotional day.”

Hoerner held his trophy high in the air in honor of Rod Hoerner, his father.

“He was everything,” Hoerner said, voice cracking with emotion. “We were more like brothers than father and son. We went to all the races together, raced against each other all the time. I miss him a lot. It’s been several years, but he died at 56-years-old. Too young. But he’s upstairs watching, and hopefully, he’s proud.”