HINES ADDRESSES HARLEYS FOR SALE TO OTHERS RUMOR 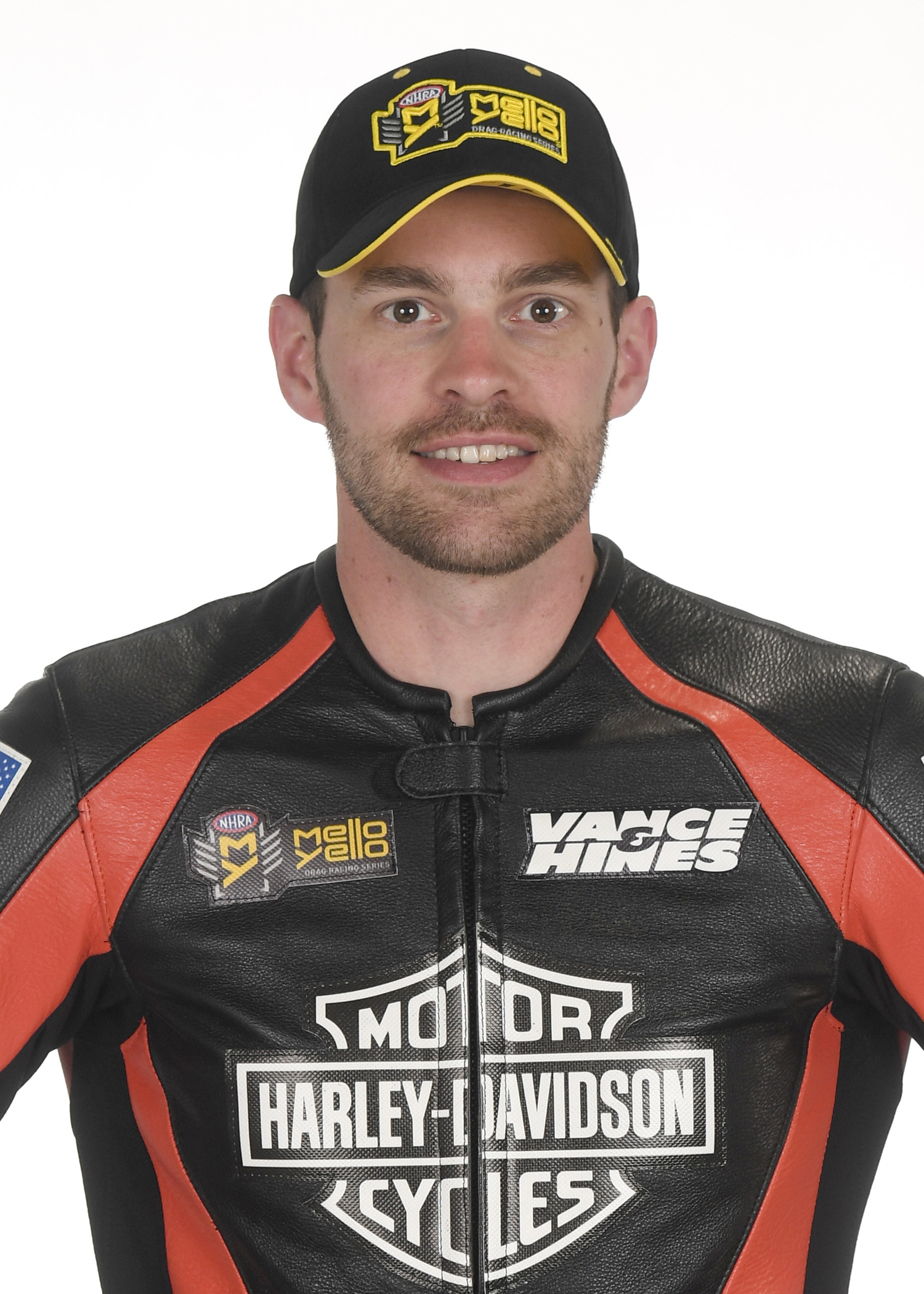 In the drag racing scene, people have been talking about how Harley-Davidson motorcycles might be available for all Pro Stock Motorcycle racers soon.

As it stands now, Vance & Hines riders – Andrew Hines, Eddie Krawiec and Angelle Sampey - are the only competitors who can campaign Harleys.

“I don’t know who started that rumor,” said Hines when asked by Competition Plus about Harleys being available for other competitors. “People want it, there’s no denying that. I want to sell them. It’s not my decision. I don’t have the power they have. That bar and shield (Harley-Davidson) they protect that with a lot of respect, and they've built that company 115 years strong. It is what it is. We're pushing that way. I can't say it's going to happen. I can't say that it’s not going to happen.”

In on-track news, Hines has been phenomenal since the debut of the FXDR body for the Vance & Hines Harley-Davidson team at the Mile-High Nationals July 19 in Denver.
Hines has a 11-0 record in elimination rounds with the FXDR body – four wins in Denver, three in the Mickey Thompson Bike Battle (in Sonoma, Calif., July 27) and three more at the Sonoma Nationals (July 28).

“It's been good,” Hines said. “Unfortunately, that body's not as good as people cracked it up to be. It’s narrowly competitive to what we had with the street rod. What we're seeing is maybe a quarter-mile an hour better. It's not like two or three like an EBR would be if we changed into one of those things. it's just kind of built to fit the motorcycle.

"The biggest thing we look forward to is fit and finish. We don't have anything like duct tape on the bike. We’ve got nice fasteners everywhere. All the caps are nice and tight. 1/16-inch foam on the air box everywhere. Just sealed up nice. Probably better air box pressure than we had before. It's an efficient motorcycle for our package. It’s built for our frame, built for our seating position. Got frame rails as tight as I could get it just where our frame rails are. It looks cool. I think it looks like one of the best motorcycles out there. I’m biased because I helped design the thing and I race for Harley-Davidson, but we get a lot of compliments from racers and fans alike. It's been really cool and a long arduous process. Our side, NHRA’s side, Harley’s side with all the back-and-forth meetings and were able to get it done. We wanted to have it out earlier in the year, but it just got prolonged and we were forced to change a few things along the way and it is what it is, but it's cool and hasn't lost a round yet. So, we're going to try and continue on.”