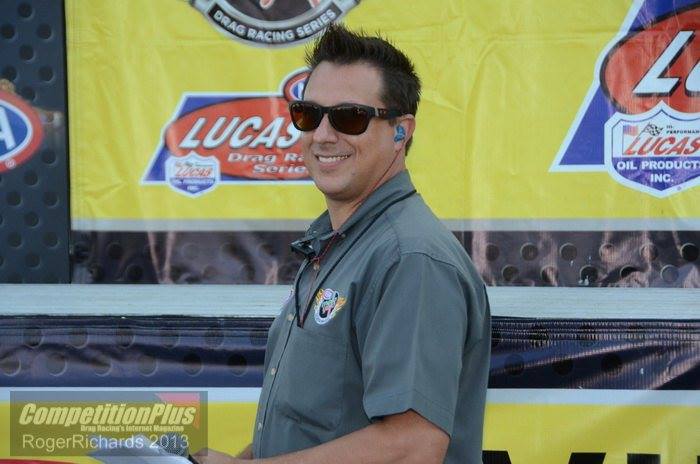 Is your refrigerator running?

Yes? Well then you better go catch it.

Famously, that line is one of the most well-known jokes in the world of prank phone calls, and it is just the type of witty banter that gave NHRA announcer and host of WFO Radio Joe Castello his big break.

Yes, you read that right. Prank phone calling is the very thing that led to the now-famous career in talk radio for a voice of the NHRA.

“Most kids grow up mimicking the types of things they want to do in their life. For me, I have always been interested in telling stories,” said Castello, whose WFO Radio online radio program dedicates itself exclusively to the world of racing, from NASCAR to the NHRA. “As a kid, for me it was not so much spinning records like a DJ, but working on subject matter, voices, creating characters, comedy, that kind of stuff.

“The fun of calling and interacting with someone you don’t know was amazing. Some friends and I were prank call masters. It was a different time and a different era, but it was exciting. It was entertaining. And it destroyed my caller ID.

“It is the same thing that happens on a radio show. You don’t know what someone is going to hit you with. When you are doing a live show, anything can happen.” 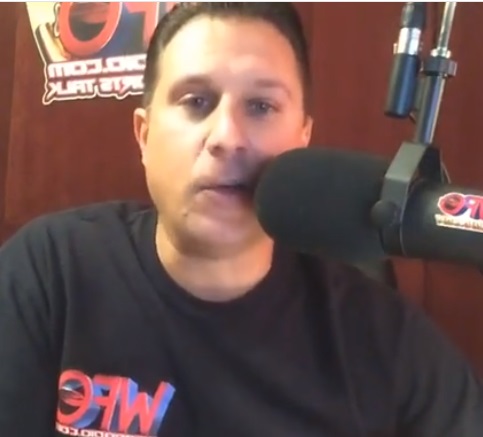 For Castello, the thrill of chatting up strangers and weaving wild tales has been a driving force in a career that has spanned nearly all forms of verbal storytelling. From working the PA at his local Miami-Hollywood Speedway, where he also won a track championship as a driver, to his big break in local southern Florida radio, to the big stage of XM Satellite Radio, and now his very own hit internet radio show, Castello has made a career championing the world of racing and brining to life the stories few get to hear.

“I have done a fair amount of speaking and messing around with recording things, phone gags, that kind of stuff, my entire life. I not only found it to be very fun, but it was fulfilling,” Castello said. “The real lightning bolt struck when I was working in a warehouse at a performance watercraft dealership where I was the shrink-wrap guy. We used to listen to talk radio all day. It was so much fun, back when people went on the radio and tried to entertain with comedy and fun skits. I thought, what a great job, that is something I want to do.

“Through high school, they had programs for broadcasting. At 15, my local dragstrip let me announce as well. Once I finally got in a radio station, I wanted to get on the air. They put you as a button pusher and you have to fight your way up just like with everything else.

“This is the mid-1990s, and I noticed nobody knew anything about racing. So I pitched the show idea to them and said, ‘let me talk about NASCAR and motorsports,’ and they gave me a gig. That is how my career took off. I was also bracket racing at the time and it all kind of converged at some point.”

Eventually, that love of auto racing led to Castello starting WFO Radio in 2009. Following the merger of XM and Sirius satellite radio stations, Castello was left looking for new opportunities. And, in an age before the boom of social media, Castello found himself literally starting from ground zero. 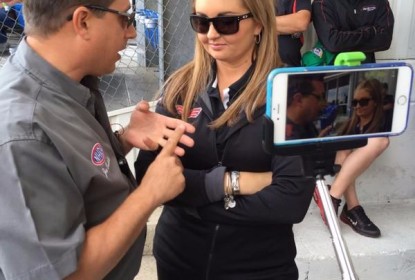 “When the stations merged, it was before Facebook and Twitter took off. Today, a host on a satellite radio channel might have 150,000 followers online, so if they leave they can notify their audience. We were not able to do that,” Castello said. “We started from zero. Literally, zero listeners. The first show of WFO Radio had zero people listening in. It was hard. There were some times where we thought, is it going to be worth it?

“The first weeks, months, were very difficult. But as social media took hold and people changed their behaviors, our audience grew. It grew to a point where it was a pretty big success. We fought for every one of those listeners.”

Today, WFO Radio is one of the most popular podcasts for motorsports available online. In 2013, Castello added to his resume the role of announcer for NHRA, reporting at NHRA Mello Yello Drag Racing Series events throughout the country.

But his passion still remains the same as that little boy calling up random numbers on a Saturday night just to hear their reaction. Castello still loves to talk. And he loves to talk about racing.

“When I started, I was coming from XM Satellite. I worked there for five years, first on NASCAR, then on sports radio. Before the iPhone, people were listening to satellite and the idea of a niche broadcast was new,” Castello said. “Today, it’s no longer a niche thing. Our name is WFO Radio because we were on the radio. It was a way for me to tell listeners what it is. I didn’t want to say podcast because people assumed it meant two kids in a garage recording themselves. 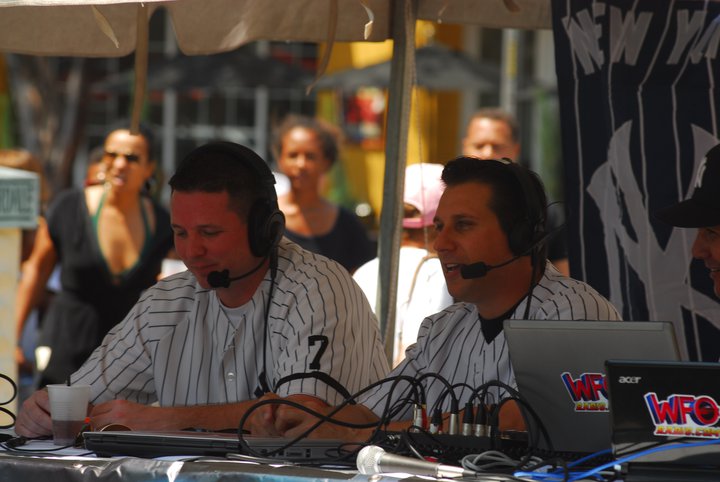 “But that has changed. Listeners to a podcast are dramatically different than radio. With radio, a person has nothing better to do. They are stuck there. Podcast listeners are seeking you out. They love what you are talking about.”

Always innovating, WFO Radio can be found online at www.wforadio.com on smartphones, tablets or on home computer, and a dedicated WFO Radio app is available for iPhone and Android. WFO Radio provides listeners with two shows each week: WFO Radio NHRA Nitro and WFO Radio Ignition.

While listeners still flock to Castello’s radio broadcasts each week by the thousands, and enjoy the stories he weaves on the weekends at NHRA national events, he isn’t quite done innovating just yet. For a man that has mastered nearly all forms of media in bringing to life the world of racing, there is still one area that has eluded the veteran broadcaster. And he hopes to change that someday soon.

“Television is something I have started doing recently,” Castello said. “I have been doing some video stuff for the WFO Radio website, trying to transition to some television stuff as best as I can. I have a passion, and I always felt like I want to show people what is cool about the sport of NHRA drag racing. And TV is always something I have wanted to do in the future. Who knows where that may take me.”