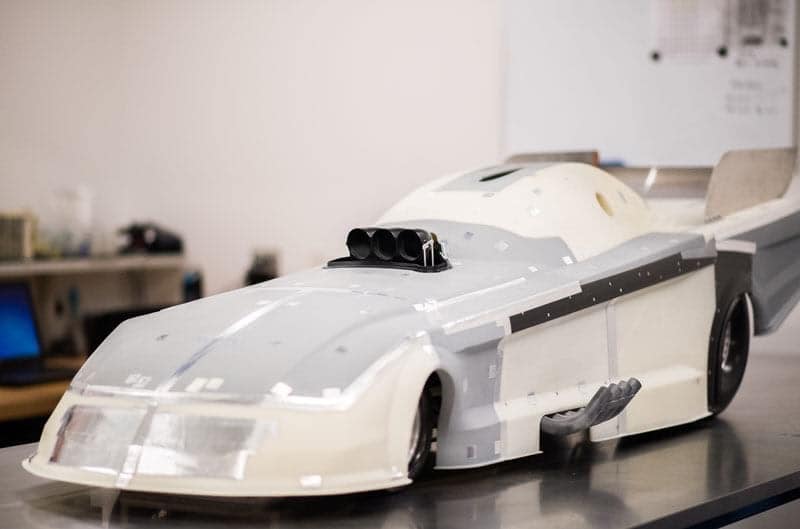 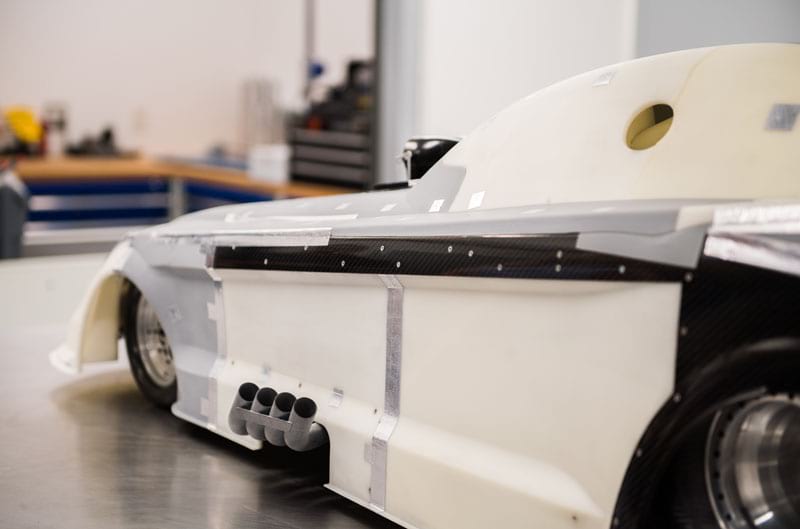 At the SEMA Show one year ago, Ford Motor Company announced a return to the National Hot Rod Association (NHRA) to regain a foothold in the Funny Car classification.

In 2019, Ford has plans to dive deeper into the class with a pair of brand-new developments.

The first development is an all-new 2019 Mustang Funny Car body, to replace the body currently in use that was developed for the 2009 season. The drivers currently running Fords in the class in 2018 have done well with the old design, which has generated excitement for upcoming car.

The second, most impressive development, is the process used to create the new car.

“We started with this project in October 2017,” said Bernie Marcus, a long-time Ford Performance aerodynamicist for the sports car and drag racing efforts.  “Design begins with the use of computational fluid dynamics, which then turns into building parts to wind tunnel test on a scale model of the car. Once all those parts are verified, we produce a full-size model.”

The initial development process used for the new Mustang Funny Car body is the same process utilized for previous Ford race cars, including the Le Mans-winning Ford GT, albeit with one difference that holds major implications for both race and production car technology: the full-size prototype model phase is being skipped.

In other words, the first full-size car built is the one that Ford intends to race, and soon.

“The plan is to race this car, with this body, in 2019,” explained Marcus. “All that remains is finishing the full-size body and receiving NHRA approval. Then we’ll have time in the off-season to conduct testing before next season.”

Removing the prototype phase has tremendous cost-cutting implications by placing even more emphasis on scale models and CFD development.

“The 2019 Ford Mustang Funny Car is a great example of the kind of breakthroughs we strive for with our racing products,” said Mark Rushbrook, global director, Ford Performance Motorsports. “Just as with our simulator technology at the Ford Performance Technical Center, learning to effectively and efficiently develop vehicles without the need for multiple, full-size prototypes will significantly effect how future Ford vehicles are brought to production.”

The new Mustang Funny Car body mold was cut over a 10-day process in Michigan during October, with approval from NHRA and initial placement of the first body scheduled in the weeks ahead.  First on-track testing is scheduled to begin in January. The 2019 NHRA season begins with the Winternationals in Pomona, Calif. On February 7-10.