ELITEHP SCSN: DALLAS TAKES OVER THE TEXAS MOTORPLEX THIS WEEKEND 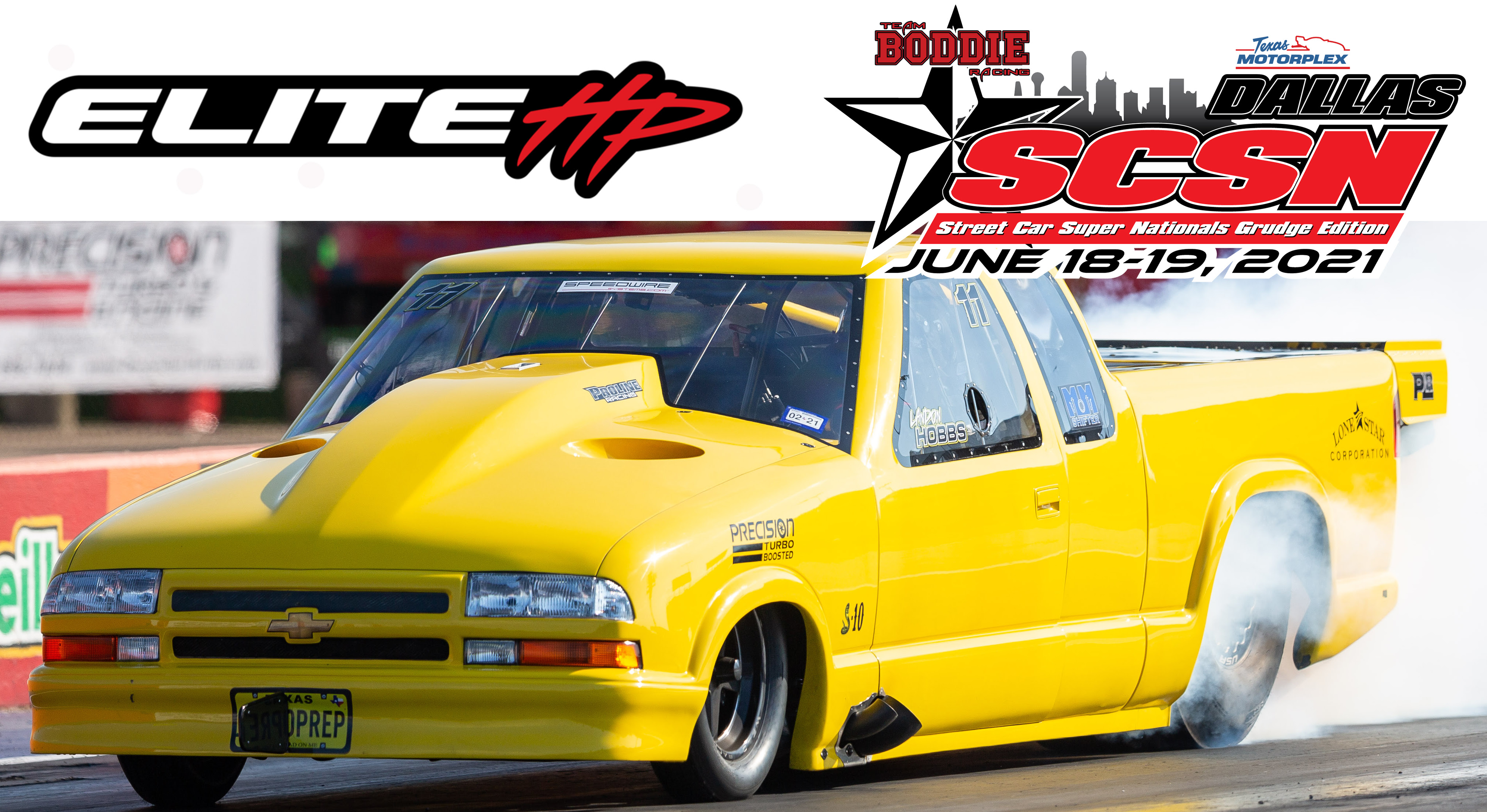 The legendary Street Car Super Nationals invades the Texas Motorplex this weekend with the inaugural EliteHP SCSN: Dallas, featuring some of the top grudge racers from the Lone Star State and nationwide.

In addition to being official event partners, Jay Boddie and Team Boddie are also entered in the event and planning to dominate the eighth-mile heads-up showdown. The Street Outlaws star highlights a weekend of grudge racing expected to give Texas fans one of the most thrilling experiences in motorsports Thursday through Saturday at the world-class facility run by Andy Carter.

"I'm not sure what to expect," Carter said. "I've been begging (SCSN Promoter) Mel (Roth) for almost three years now to bring one of these races here. This one is a little different format than the others, but this track's got a real good name with the grudge guys and the radial guys.

"I'm hoping we're going to see some pretty badass stuff coming from the East Coast and West Coast along with our racers here in Texas."

A special VIP pass is also available for this weekend's race. For $150, fans receive starting line access where all the betting takes place, entry to the bar area and restrooms, and entry to the special racers' fajita luncheon from 4-6 p.m. A stout manufacturer's midway filled with local and national vendors will be there to provide fans with an incredible race day experience.

SCSN's debut in Texas, streaming live at FloRacing.com, will see a large contingent of California racers descending on the Motorplex to test their mettle against the home-state squad.

"There's a lot of pride on the line this weekend and I think there's going to be a lot of hurt feelings, especially with the racers from California coming out here," Carter said. "The radial and grudge guys around here can stand on their own with just about anybody. I think they're going to hurt some feelings."