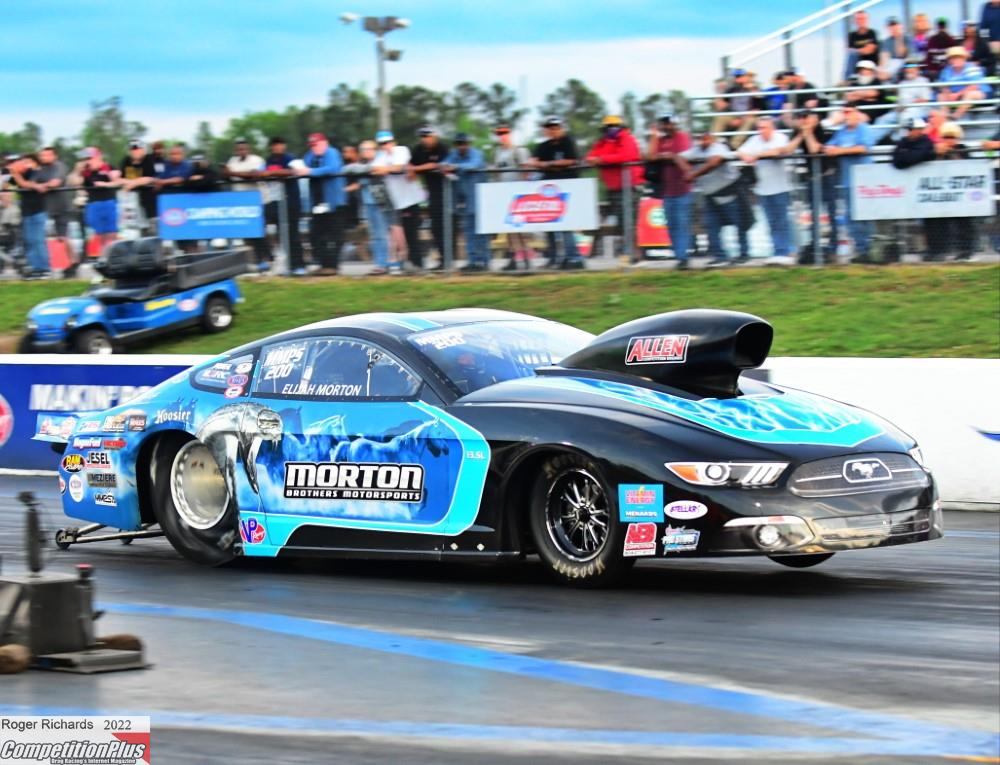 When the engine builder speaks, the driver had better listen. At least, this is how Mountain Motor Pro Stock racer Elijah Morton sees it.

Morton drove his Ford-powered, large displacement Mustang to the provisional pole position in Friday's weather-delayed qualifying at the NHRA Virginia Nationals. He was one of three cars in the 6.2-second zone with a 6.223, 225.45 run. 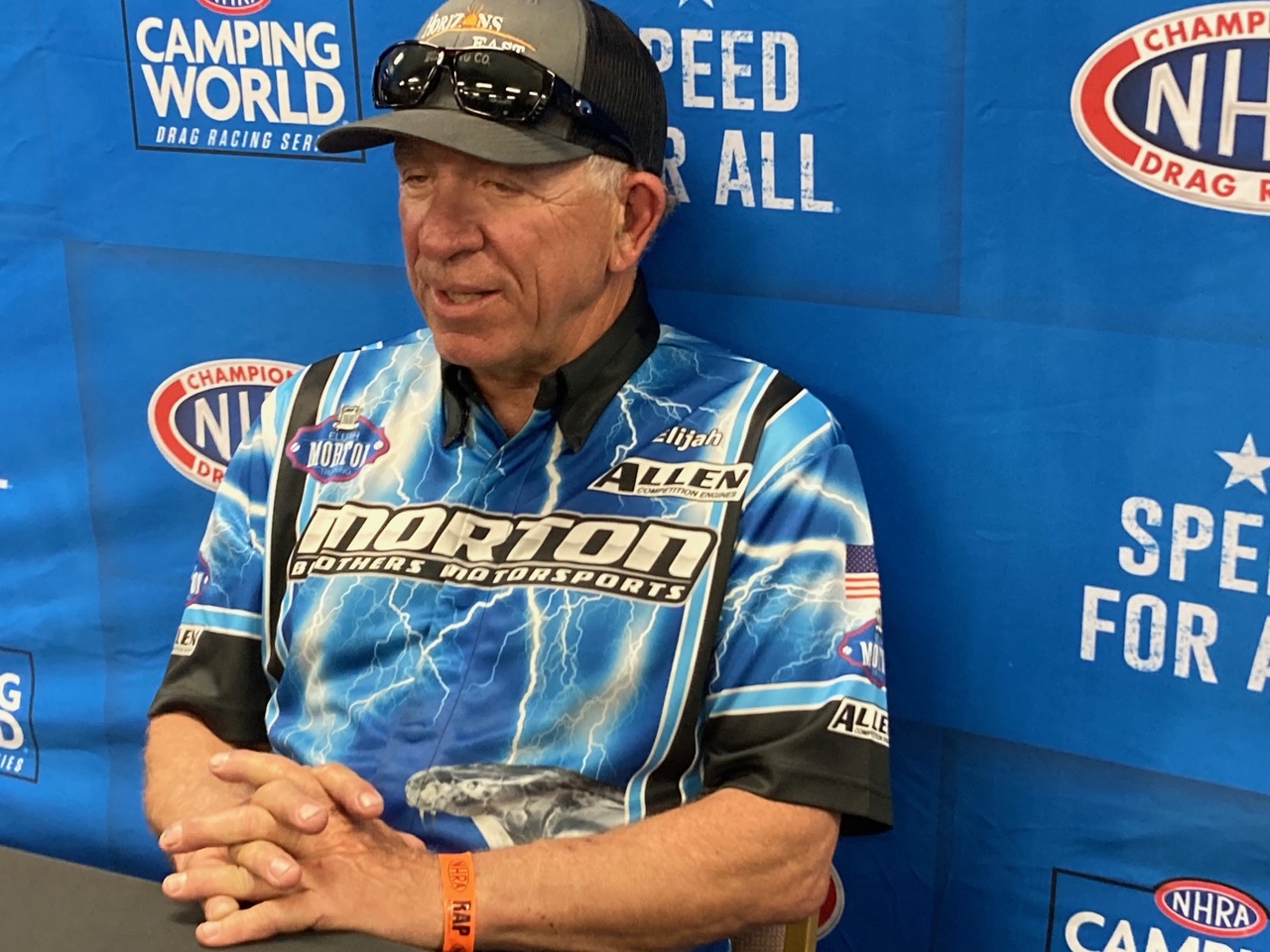 "To be number one, it's pretty awesome," Morton said. "We got a little engine shop in Surgoinsville, Tennessee called Allen Competition Engines. There are three members of the family, and they work graveyard shifts. They got here at 11:00 last night with that engine, and they said when I leave with it, I better hold on, so there we are.

Bear in mind, Morton had three other Allen Competition engines in his hauler, but the one that was coming on Thursday Night was apparently the MOAMM (Mother of all Mountain Motors).

"This is one that we've been working on, and it's showing up a little bit here today on the first run, and I think it probably got a little more," Morton admits.

One of the more appealing facets of the Mountain Motor Pro Stocks, outside of their ability to run 6.2-second passes, is the traditional manufacturer parity.

"It's great to have parity in the class with different motor brands and different car-makers," Morton explained. "I mean, it's good for the class, and not one guy's leading the show. So to have a Ford be on the pole this time is good. Of course, [Chevy racer] JR [Carr] told me to enjoy it while I could because he's coming for me, but he's got to come to get it, so we'll see what happens."

The weather played havoc on the Friday schedule, forcing NHRA to initially push up the schedule to a 1:30 PM nitro start, only to be delayed by rain showers. The session started almost three hours later, but at the end of the nitro sessions, the skies opened up again, delaying the competition by almost 90 minutes.

With delays like this, the idle time can create a second-guess nightmare with the tuneup.

"We've changed a few things around," Morton said. "We thought we're going to run this morning; we had it set up for this afternoon, we take things out, we put things back, we change around with air change. You don't want to be too aggressive, but you want to get down. And my crew chief, Mike Allen, made a great call, and it went right down the track. I think we were one of only two that went down the left lane."

Morton's familiarity with VMP from his years of racing PDRA and back in the day with IHRA made the difference. The run which took him to the top was not without an issue or two.

"I found a little tire shaking in low gear and pulled a little early, so I was able to drive through it," Morton said. "So it was close to not going, but we didn't have it loaded for bear in second and third, so we were good, but he made a good call, and it was smooth all the way through. It was straight, and I know when I hit high gear, it was pulling hard, and I hadn't quite felt it pull like that before, so I know we got a good engine under the hood."

And while Morton has been used to racing eighth-mile, programming himself to go to the NHRA finish line was a bit challenging.

"Because I was down in St. Louis, I believe it was last year against DeFlorian, and I think I forgot I was running the quarter, and I gave it back to him, in the final round, actually. So it was a lesson learned, so we didn't let out in the quarter. We might have got a little over the quarter. Might have got 1,400 feet. We wanted it all."

Friday, Morton got it all.