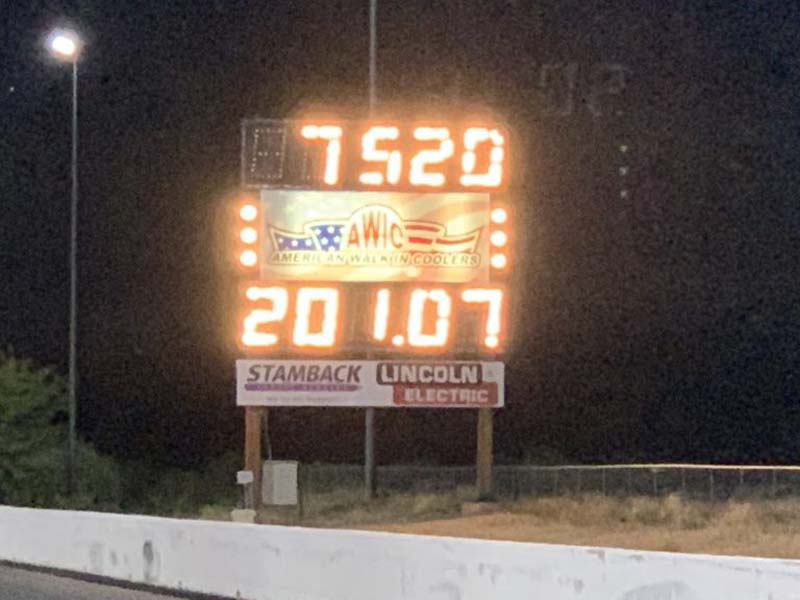 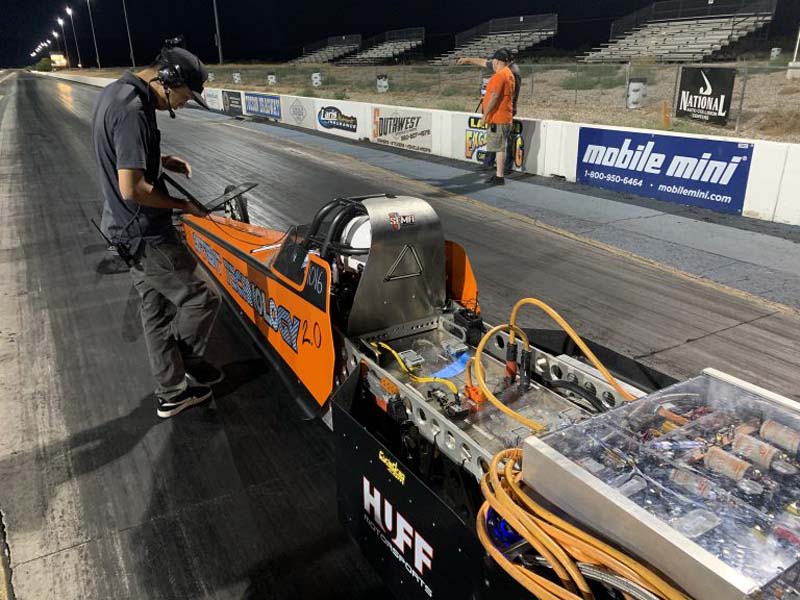 Huff Motorsports electric drag racing division e-Spec Racecars broke the 200mph barrier in the quarter-mile during a testing session at the Tucson Dragstrip making it the World’s First and only electric car to go over 200mph in the 1/4mile.

This passion project started in 2017 after Steve Huff heard the legend Don “Big Daddy” Garlits announce on Good Morning America that he was attempting to be the first in the #QuestFor200 electric drag racing title.  Don Garlits is known in many circles for being the first to go over 200mph back in 1964 and is a source of inspiration in innovation in the racing world.  Don’s inspiration can also be seen in the name of our electric dragster “Current Technology” because Don said in the interview that 200mph was not achievable with current technology.

Steve Huff already had an innovative design and concept for a new drag racing car, with support from partner Larry Carrell, Steve decided to change to an electric motor and chase the title of being the World’s first 200mph electric dragster. It also makes for a great story, who would ever think that a Montana oilman (Larry Carrell) could team up with a Top Fuel motorcycle racer (Steve Huff) and create the most technologically advanced electric car in the world.  In addition, Derek Barger (Colorado) was brought on board as the foremost authority in battery technology for racing.  Team Carrell, Huff & Barger was formed and now lives on in history.

In 2007, Larry “Spiderman” McBride, a former competitor of Steve’s and good friend, was the first to go over 200mph in the quarter-mile on an electric motorcycle.  But until now, no one had done it in a car.

Three years after being inspired, Current Technology dragster is in its 3rd reinvention. 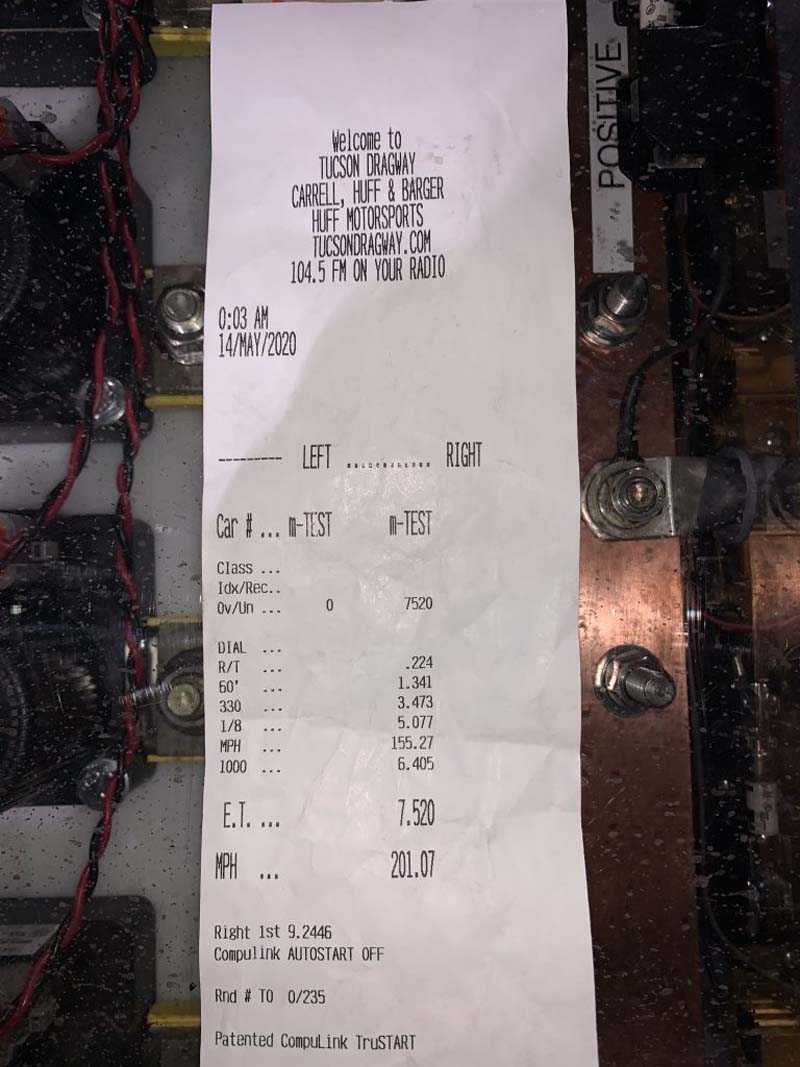 Steve Huff and the team will be returning to our Seattle, WA home base and look forward to the opportunity to continue their mission of promoting education and creativity to the next generation of builders, innovators, and racers. (Photos and video courtesy of CycleDrag.com)