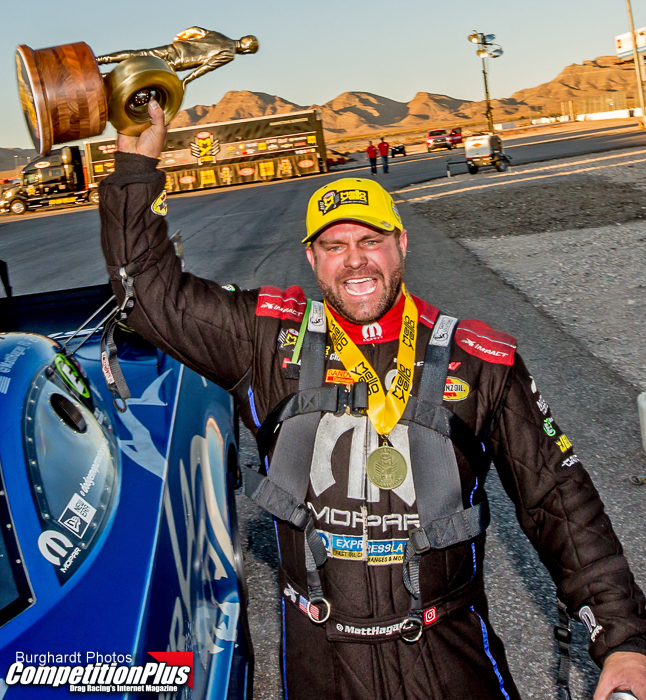 The NHRA is expected to announce Tuesday a bold back-to-work plan of 16 consecutive races throughout the country, perhaps with an added event or two at Indianapolis.

But a few Funny Car drivers and one really creative track operator have been thinking about what the NHRA could do to capitalize on the opportunity to show off drag racing while most other sports are idle.

Don Schumacher Racing drivers Jack Beckman and Matt Hagan, along with John Force, already had been considering how feasible it might be to have an event or two at Lucas Oil Raceway at Indianapolis. The dragstrip sits about a mile, maybe two, from most of the shops at Brownsburg, Ind.

“We have to show ROI [return on investment] to justify the money this year. And if running without fans allows that to happen, then the NHRA should take a hard look at that, even if all the events are run at Indy so that it doesn’t cost most of the teams a lot in travel expenses,” Hagan, who would have to travel from his home in Southwest Virginia.

“It’s an NHRA track and most the crew guys and teams could sleep in their own beds at night,” he said. “I think we would have a huge audience, since there’s not much to watch as far as sports goes nowadays.” 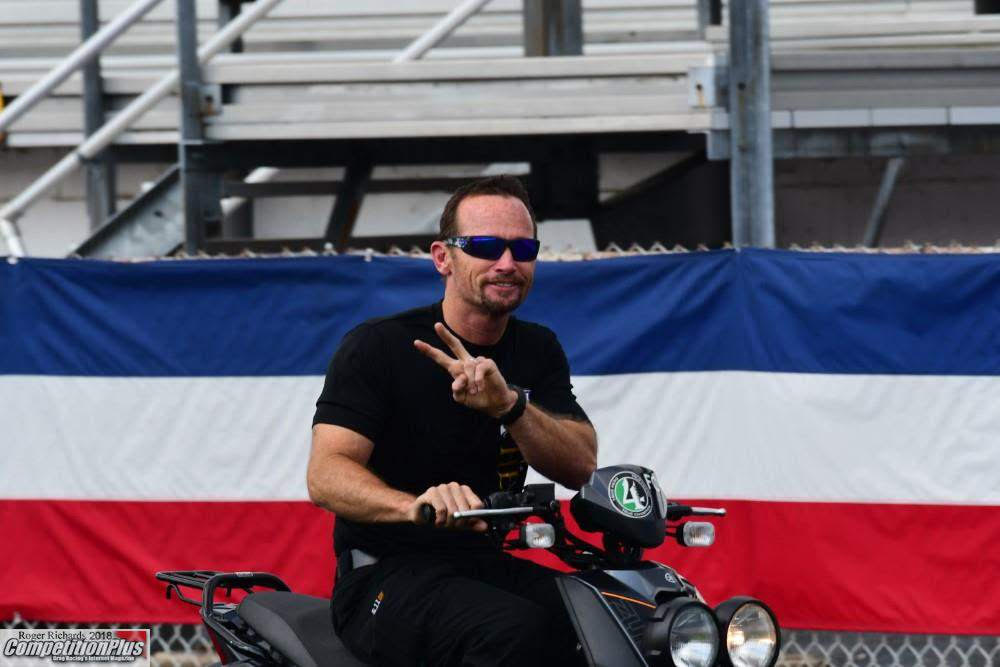 Beckman, who’s keeping tabs on everything from Southern California (Norco), ran some clever ideas for an Indianapolis doubleheader past Steve Reintjes, the NHRA’s vice-president of broadcasting and producer of the race telecasts on FOX Sports.

“I told Steve that we should do one of the events Top Fuel versus Funny Car and do the other like Street Outlaws, where we draw for opponents every round,” Beckman said.

In an Instagram LIVE question-and-answer session, Force said he has enjoyed watching some of the NASCAR action and iRacing. But of course, he wants to be on the track himself, pursuing his 17th championship.

“It was great to see the cars. I liked the iRacing, because it’s some kind of racing. I know the fans aren’t there. But we’re trying to figure out how to get back,” he said.

Force said he received a message May 21 saying “that Indianapolis would allow 1,000 people, separated.” He did not reveal the source, but the NHRA certainly has been looking into that possibility, according to Jeffrey Young, vice-president of marketing and communications. 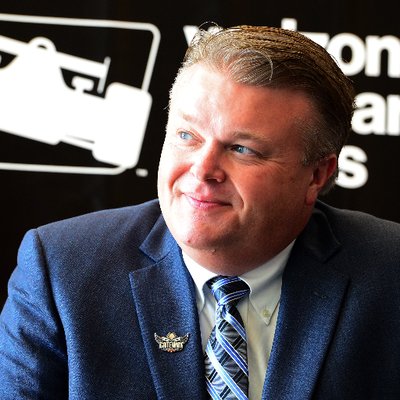 But Force cited an idea from Chris Blair, the executive vice-president/general manager at World Wide Technology Raceway at Madison, Ill., near St. Louis, and a man recognized for thinking in non-traditional ways.

“Chris Blair is talking about having rock concerts in St. Louis,” Force said. “He talked to Robert, not to me. We’re going to tailgate and let people watch rock concerts, as long as they’re apart and social distancing. That’s all good. That’s what we got to do, especially at my age, to stay alive.

“We are going to come back. We meet with the NHRA on a weekly basis. We also meet with the PRO organization. How do we make it? It’s going to be tough how we’re going to get through this, but we will,” Force said.

Hagan said taking care of sponsors is critical: “It’s really tough to be in that situation when you have built your business platform around fan engagement more so than anything else. I think that they really have to look at what is best for our sponsors. We can’t race without the sponsors. We can win every race and the championship, and it still won’t pay the cost of running the car. We really need to take a look at what we can do to maximize exposure for sponsors and doing that sooner [rather] than later.

“There is no easy answer, and everyone is going to lose money that is involved. It comes down to just picking what will be best for the sport in the long run,” Hagan said, “but who really knows what that is right now? I think we have to take the approach to cut costs for teams and sports and the NHRA as a sanctioning body if we’re going to move forward and survive this at all.”

In mid-May, Hagan and the rest of the pro drivers had less of an idea what the NHRA might be planning. And when he shared his outlook with Competition Plus May 18, the possibility of getting in no more races at all was a real one.

“I have learned in my short life so far [that] rushing into something and forcing it to happen is not always the best approach. It usually cost me more money,” he said. “So that being said, there is always the possibility of not racing until next year and rolling everything to ’21.”

Everyone is learning now more what the NHRA has in mind, although it officially won’t release a re-revised schedule – which will be the third overall this year, following the original and the March 25 update – until Tuesday, June 2.

In the meantime, Force is taking advantage of another unusual situation for him: spending time with his family.

“I get to spend the time with them, and I love them. I’ll probably never get this opportunity again when we go racing,” he said. “It’s time now to enjoy this time with your family, even if they’re driving you crazy. It don’t matter. It’s time that you need to grow to appreciate that. I’m learning every day how to make it happen.”