DIXON UNINJURED AFTER FREAK STARTING-LINE CRASH IN TAFC FINAL ROUND 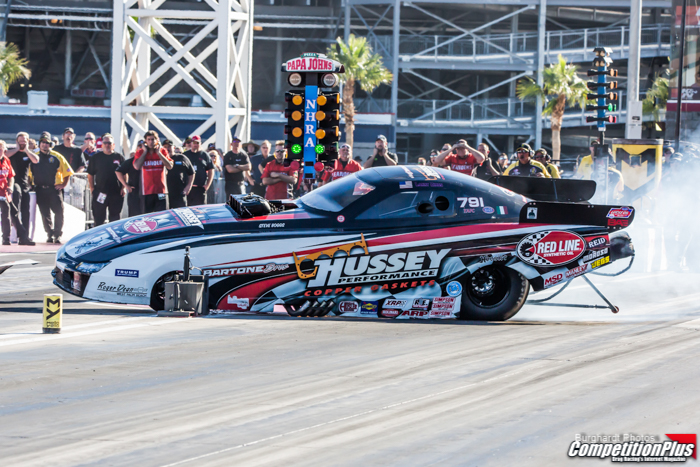 Larry Dixon was unhurt Sunday at the NHRA Toyota Nationals following a fluke starting-line accident during the final round of Top Alcohol Funny Car eliminations at The Strip at Las Vegas Motor Speedway.

Afterward, he came to the media room and told Competition Plus, “If you can tow it back to the trailer, it’s not that bad.”

Despite his positive spin, the crash was sudden, quick, and frightening.

As soon as Dixon hit the throttle in the left lane, his Tony Bartone-owned Hussey Performance/Red Line Camaro lurched completely sideways, rotated on its axis. It shot across the track between the Christmas Tree and the 60-foot timing block and struck the right wall head-on. It spun back around, its nose pointing toward the starting line.

Ulf Leanders escaped harm in the right lane and powered on to the victory with a 6.845-second, 198.47-mph pass to earn his second career victory.

Dixon stopped the car quickly and hopped out on his own power – and began assuring everyone he was all right and apologizing to the fans, the facility employees, and his team.

A distraught Dixon said, “My feelings are hurt. I’m fine. I just lost the round, and I hurt their car. And I slowed up the race.”

Then to the crowd, he said, “Haven’t y’all seen me? I’ve done some crazier crap than this, haven’t I?”

He said, “Dang. Final round. That’s my first one in this car at a national event, and I just wanted to get the win. As soon as I let out the clutch, it all went bad.

“Gosh, I’m sorry about you guys’ track,” he said to the LVMS personnel.

The cause of the accident was a broken intake-port fuel line that dumped fluid under one of Dixon’s tires. The car was staged, and Dixon launched on his wild ride through the giant puddle of his own fuel. 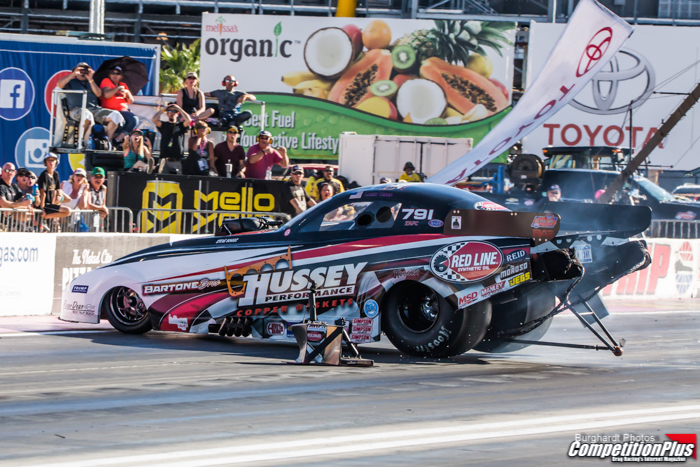 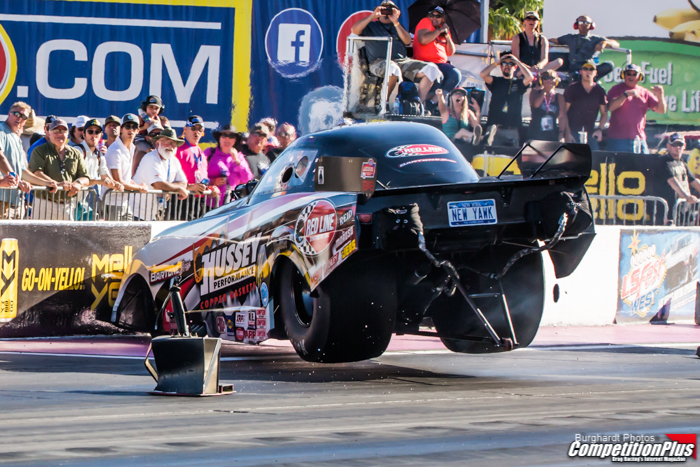 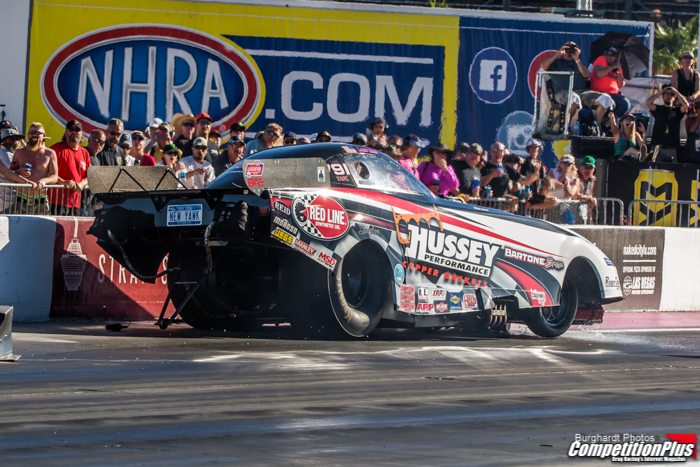 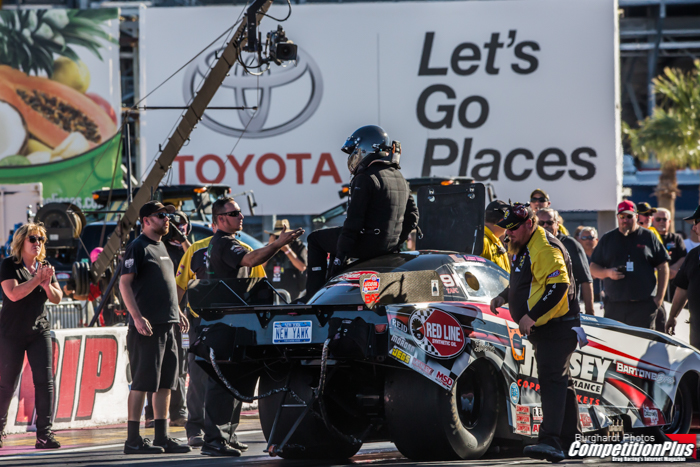