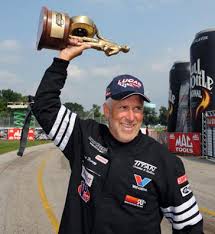 The impact of his decision has yet to hit David Rampy.

Rampy, the 100-time NHRA national event winner, concluded his career as a team owner on Sunday at the Auto Club NHRA Finals in Pomona, Ca., with a runner-up in Competition Eliminator. It was the first time since 1986 the multi-time sportsman champion had finished a season without a national event victory.

"I really don't know how much I am going to miss it because that was the last race, so I probably won't feel the effects until the season starts next year," Rampy admitted.

Rampy believed the time was right to walk away. For him, a sport and a lifestyle he'd worshipped with his time and efforts was no longer worth pursuing as a team owner. As he put it, "The risk outweighed the reward."

"It's gotten to the point that it's so expensive, the return's not there," Rampy said. "You know what I mean? It's just a lot of things not to bad mouth NHRA or anything like that, but it's just, we get pushed further back, further back. I know we're not the big show, but we finished the race, and they say they do it because of the threat of rain and things like that. But in Charlotte, they finished the race not Comp but, but Stocks, Super Stocks, Super Gas and Super Comp, and I believe Top Dragster or whichever one they had there, they finished the race on Saturday night."

Getting shut out of Sunday's final eliminations unless you are in the final four contestants, leaves Rampy with the feeling what he does just isn't as important in the grand scheme of the NHRA's big show. He fully sees a day coming when sportsman racing will be completed on Saturdays.

"I'll just go bracket racing if we are going to do that," Rampy said.

Rampy said a growing menu of classes puts NHRA in a situation where they just cannot run them all in prime time exposure.

"You have to run eliminations a lot earlier in the week. I went to run on Sunday hopefully, cause that's when the big show is, that is if you got sponsors, that's when the crowds are," Rampy said.

Rampy admits drag racing provided him with the opportunity to make a living. 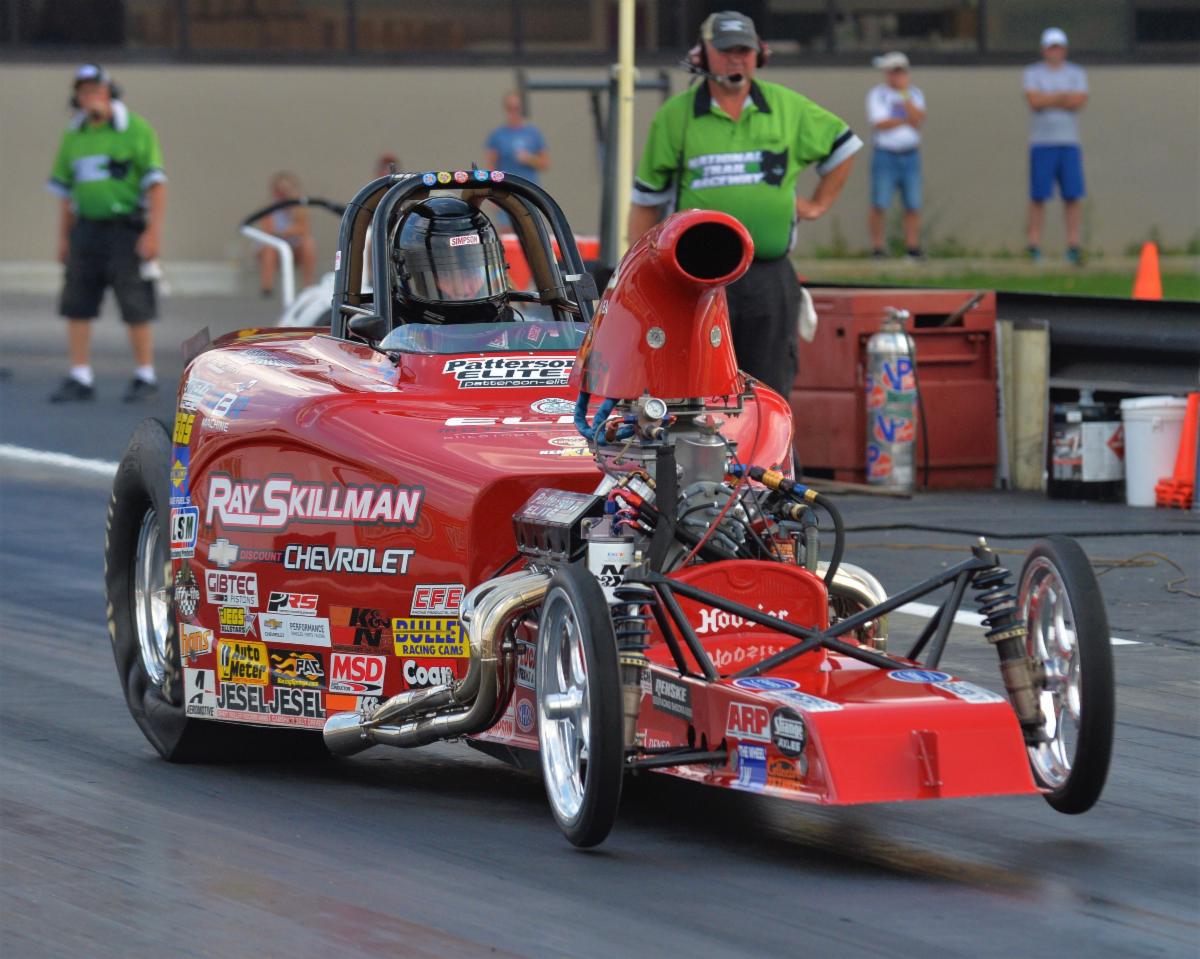 "I enjoyed it for one thing, and I was able to make a decent living at it, and now, other than the sponsors, there's just not any money there," Rampy explained. "And that's harder and harder to get help. I had great sponsors; I am very blessed; I have good people. But it's just kind of the way with the economy and everybody talks about the economy being great, but it's all those companies that used to be involved in NHRA, a lot of them are not there anymore."

"The entrance fees keep going up. And you know, the cost of doing business is definitely not coming down," Rampy added.

The rigors of travel also weighed heavily into Rampy's decision as well.

"I think the risk is just not worth the reward anymore," Rampy admitted.
"I've run this as a business, it might've started as a hobby, but it turned into a business, you know?"

Regardless of why he's walking away, you'll be hard-pressed to get Rampy to say the experience for him has been an incredible ride.

"I never dreamed that it would last this long, and I never dreamed I'd have the success I had at it," Rampy said. "And the main reason was I had good people helping me, and that I got it out there and kind of showed that I could do it, and then I had some good people to come along and take me under their wing. And  that's how I managed to stay as long as I did."

Rampy had an excellent teacher who prepared him for the ride. Three-time IHRA Top Sportsman champion Don Young was Rampy's traveling partner and mentor. Rampy was there as Young lost his life tragically while racing at the 1985 IHRA Fall Nationals in Bristol, Tenn.

"I was very thankful for all that he taught me," Rampy said. "But I think that it did change the course that I was going, no doubt, but I think it did make me more determined in a way to be successful because he had a lot of effort into trying to make me a good racer. So I think it made me want to do it, go out and prove that what he taught me was the right way to do it, and be successful at it."

Rampy also made a run at Pro Stock, a time in his life where he said was some of his proudest moments and biggest regrets. The biggest regret, he admits, was turning down a potential partnership with Richard Maskin, who went on to win championships with Jim Yates.

"Was that a mistake or what?" Rampy asked.

Mistakes aside, Rampy believes his great accomplishment in drag racing was longevity.

"I didn't come from money, and I never dreamed that I could be that successful, but the fact of just keeping sponsors all these years to be able to race in NHRA and do all that I've done as long as I have is what I believe was the greatest achievement," Rampy said. 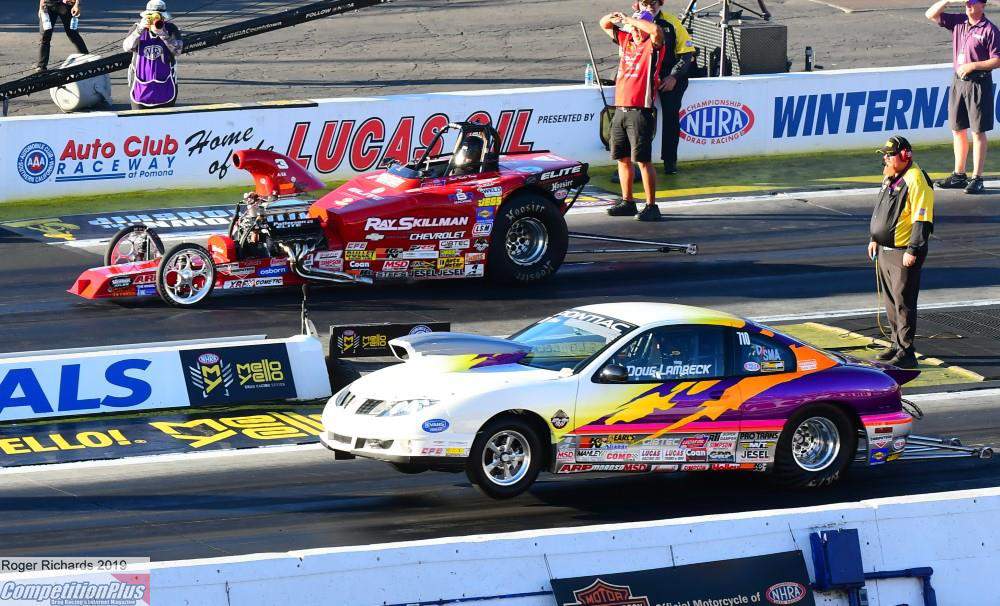 "I'm selling everything I own. Now, I'm not saying that I'm not ever going to show up at another NHRA race. If the right opportunity came along,  I'm saying, Rampy racing is going out of business. So what that means, I have no idea for sure, but it means that I will not be out there racing my equipment. I can say that. And I'm not looking for anything. I'm not looking for nothing to go racing next year with, but if something popped up, I'm not saying I wouldn't do it, because I still love the sport."

"I had people tell me I was crazy when I started, and it worked out. And I had a successful career, so it can be done, but it's harder now than it ever has been. I mean, look, [Dan] Fletcher just lost his Peak deal, and it's tough. As far as I'm talking about trying to race, if you don't have a lot or not being rich, it's hard to do what we call a professional sportsman racer."

Rampy said while he won't be running the roads, he will be plenty busy.

"My dad had a farm, and he passed away a few years ago," Rampy said. "So right now I have cows on it, and that's one thing, it's hard to be gone and try to take care of the farm, and do this and do that. My brother, he oversees everything, and I know he's getting tired of trying to take care of his and mine too when I'm gone.

"And Chase, my son, we have a bracket truck: a truck that we bracket race. So, you know how they let you double and do all that stuff now, so we may do some of that together, or I don't know. As I said, I'm just taking it day to day."

"The Lord blessed me tremendously to put all these people in my life so that I was able to race all these years and have the opportunity to be successful. And it doesn't get any better, and I feel like that I haven't driven as good this year, as I have in the past some. And I don't want to be a guy that just goes to the race track and feels like he doesn't have a chance to win. Kind of like the ballplayers that play two or three years too long and they kind of make the last impression of a guy is, 'Wow, he can't get it done anymore. He should've quit a long time ago."

We could watch this one over and over. An encore presentation of our video on the life and times of David Rampy, a sportsman legend who hung it up after Pomona #dragracingnews #dragracing #nhra - https://t.co/kVCcX5E3dE pic.twitter.com/FCOa6jbGzm