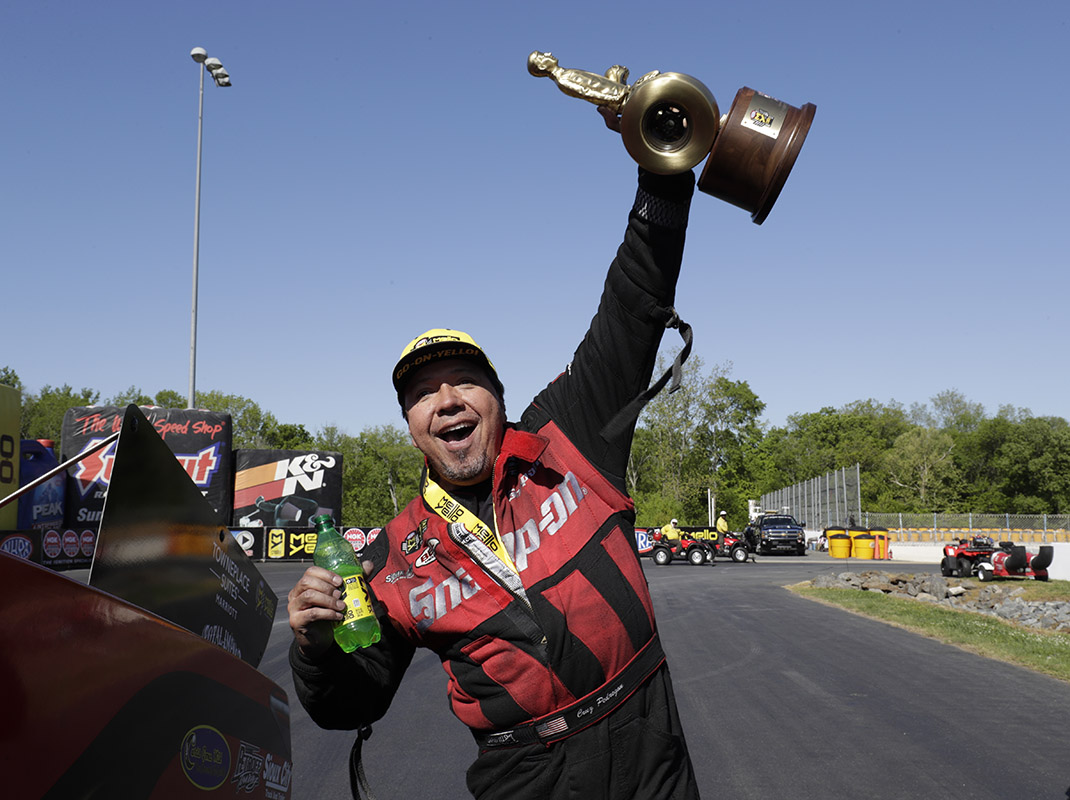 Donald Long, drag radial promoter and owner of Duck X Productions, is outrageous, sometimes profane, but always incredibly shrewd. And his generic challenge to the NHRA Funny Car class has landed him a customer.

Two-time Funny Car champion Cruz Pedregon, can, when he wants to, grit his teeth and toss out “Drop dead” vibes with the best of the sport’s hard-nosed mavericks.

So the $50,000-to-win match-up that’s tentatively slated for March 2020 is between Pedregon in his Snap-on Dodge Charger Funny Car and Marcus “The Axeman” Birt in his Radial Vs. The World entry that is believed to be the first nitrous-aided car on drag radial tires to dip into the five-second range in quarter-mile elapsed time.  Birt’s car is a Jerry Bickel Race Cars-built C7 Corvette with Pat Musi Racing Engines power.

Long found his one willing participant for his planned spectacular-within-a-spectacular race at next March’s “Radial Versus The World” event at South Georgia Motorsports Park at Valdosta. Ga.  He found a game Funny Car racer – a veteran, at that, one as seasoned as 150-time winner John Force, one who has been known in years past to have an intimidating effect on John Force.

But then Long piled on the hype, smack-talking about the 56-year-old Snap-on Dodge Charger owner-driver privateer and his chances against Birt, 48, who has equally animated “Stevie Fast” Jackson as his tuner.

In a profanity-peppered video, Long warned that Pedregon has maneuvered himself “into a bad frickin’ situation right now.”

Cox gave props to Birt and his well-prepped machine that clocked the 5.946-second E.T. in a March 4 test run at Florida’s Orlando Speed World Dragway. But he said, “That car is the quickest eighth-mile nitrous radial car, and I think it runs 3.60 to the eighth. We ran 3.18 to the eighth [during Saturday qualifying at Seattle this past weekend].”

Long insisted in his video that nitro Funny Cars “go three-teens in, like, the best weather ever. So let’s say they go 3.18 one time. Half the time those frickin’ junky things don’t even get down a racetrack. Am I right? They smoke the tires. Have you seen their reaction times - .080-.150? I could post the time slips to show you. They can’t even cut a tree when they’re looking at the tree. You think you’re going to see Marcus Birt let go in the other lane? If you don’t think that that’s a good three-tenths or better, you’re out of your mind. We’ve proven it time and time again.”

He was referring to past challenges: “When Radial Versus The World came out, I told you that we would run true 10.5. We would run the Limited Street guys. We kicked all their a---- and had to move on. Then I told you the Outlaw 10.5 cars, that we could dominate them. They don’t even actually have a real 10.5 outlaw race anymore, because they finally gave up and admitted the radial tire was just more superior [sic]. They added 200 pounds onto the frickin’ radial tire after they told us, ‘Just come on out! Come on out and race us. We’ll show you!’ Then it was, ‘You guys got too a big a turbo. You got too big a supercharger. The tires– just blahblahblahblah. I’ve heard it every time, and not one time have I let you guys down, that we did not come in and kick the s--- out of true 10.5, kick the s--- out of Limited Street, kick the s--- out of Outlaw 10.5. You said there was no way Marcus Birt’s car could outrun a frickin Pro Nitrous car and what happens? Him and Stevie made ’em look like they were absolutely stupid. So everything I’ve told y’all has been 100-percent legit and proved at the racetrack over and over again.”

But he spoke as though he has no doubt Pedregon is headed for the same miserable fate. 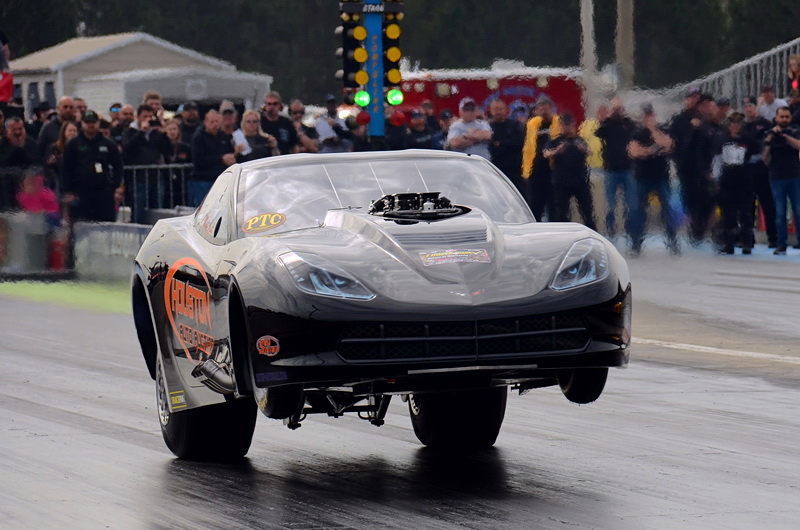 All Pedregon said was this: “There is an old saying that goes way back, even before I started racing: Gas is for washing parts. Alcohol is for drinking. Nitro is for racing. Nitrous is for getting teeth pulled.”

So the momentum already is building and fan are choosing sides – even before all the details of such a match-up have been agreed upon.

“There’s still a lot of talk [negotiations] to be done before this happens. We need to set everything in stone so we know exactly what we’re getting into. There’s a lot of logistics we’ve got to figure out,” Cox said.

Despite Long’s warnings to Pedregon and insults of nitro Funny Cars, Cox said, “It’ll be super-fun. I think it would be awesome. There are a lot of people who tune into that. This would be like – I don’t want to call it a freak show – but it’s a novelty race. It’s [Floyd] Mayweather versus [Conor] McGregor. It’s the boxer versus the wrestler.” Cox, a former Mixed Martial Arts athlete himself, was referring to the August 2017 bout that brought winner Mayweather a guaranteed purse of $100 million that ultimately became $275 million and McGregor a $30 million minimum that swelled to $85 million.

Cox said, “It’s awesome to talk about. It’s two giant guys in their respective classes. Who would ever think you’d have a radial car get to race a nitro Funny Car? Why not make things happen? Why not intermix some things, some racecars you’d love to see race against each other? It’s like in boxing – you want the to fight each other at the top of their game. Marcus Birt and Stevie Fast obviously are the best at what they do. Stevie’s a great driver, and Cruz is a great driver. 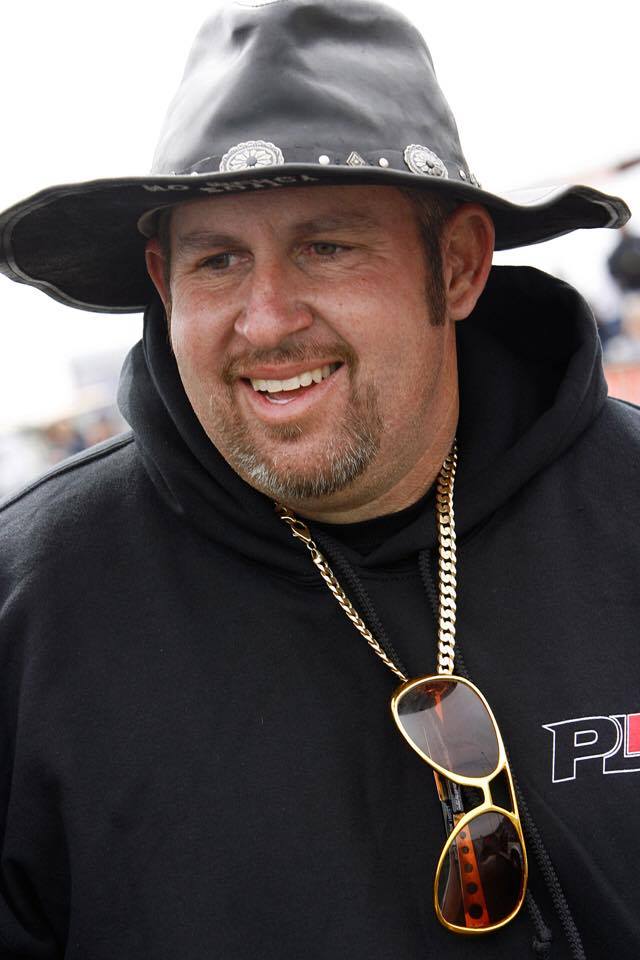 “So why don’t we make dreams happen and go ahead and do it? You only get to live once, so go do it. It’s all for the good of the sport, and it’s all fun. Yeah, we’re all competitive , and there’s money on the line. For drag racing in general, it would be awesome,” Cox said.

He said, “I think there’s a ton of crossover. And I think the NHRA is noticing that. They just announced they’re doing a street-car shootout in Dallas. Keith Haney is doing it, and it’s a 10-car invitational. So they’re trying to get a lot of those guys to come over and start racing over here [in the NHRA], maybe make another class for it. There’s room for drag racing for everybody in every form.” No-prep stuff has taken off, and so has Funny Car Chaos [Chris Graves’ fast-growing series]. And you have Drag Week, where guys take their street cars and drive them from place to place. It’s huge.”

In a separate social-media post, Long vowed, “I’m going to prove once and [for] all. Radial Versus The World is the greatest class ever designed. Also, if you’re betting on Cruz, we will accept any and all bets.”

Long said this clash of drag-racing cultures – which Cox said “could be the biggest match race in drag-racing history” – would follow qualifying for his Drag Radial Versus The World event that takes place the week after the 2020 Gatornationals.

Who knows which Funny Car body Pedregon will bring to this battle? It’s nearly a year away, if the details can be worked out. But Long might see El Incursor (The Raider) or Los Chingasos (The Fight, or Fists) or El Demonio (The Demon). So Pedregon is ready to storm in to the drag-radial world, fight, and conquer.

Now the question is whether Donald Long can make this duel happen.