CREW CHIEF BARLAM IS BACK WITH VANDERGRIFF’S TOP FUEL TEAM 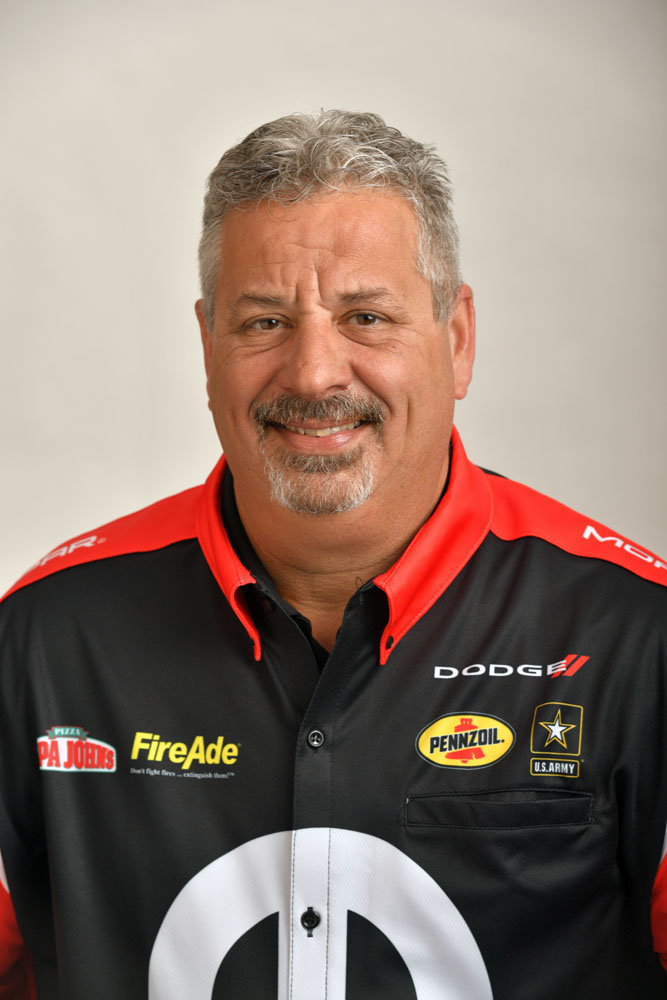 Barlam, who was a co-crew chief at Don Schumacher Racing for the dragster driven by Leah Pritchett for most of the last three full seasons, confirmed to CompetitionPlus.com that he has signed back on with Vandergriff Racing.

“Ron (Douglas) obviously was the crew chief here (at Vandergriff Racing) last year and now that there are two cars, they need two Rons,” Barlam said with a chuckle. “We are going to kind of run them together because they don’t always race at the same time and we will just kind of combine everything.”

In 2019, Vandergriff Jr. Racing will be fielding a Top Fuel Dragster driven by Blake Alexander and Jordan Vandergriff, Bob’s nephew, will make his Top Fuel debut in the team’s other dragster.

“I was here in 2016 when Bob shut down when C&J (Energy) seized,” Barlam said. “If Josh Comstock of C&J had not passed away, I probably would have still been working here (at Vandergriff Racing).  That’s the way I felt. I enjoyed working here with Bob, we had some success and so when the opportunity came for Bob to get back in and need more help I was in line for that. I enjoyed working here in the past. I worked with Ron before. He was working on Dave Connolly’s (dragster in 2016) and I was on Leah’s (dragster). That’s what made this a simple choice for me (to come back to Vandergriff Racing). Ron is a great guy and he’s done a great job with his combination and I’m just trying to come back and pick up where we left off.”

Last season Alexander, with Douglas tuning, competed in 11 races and won two races at Norwalk, Ohio, and Sonoma, Calif. He finished 12th in the points standings.

According to Barlam, Alexander and Jordan Vandergriff will likely do 12 races each over 16 weekends and they will run together eight times and each run separately four times.

“Obviously, that schedule will not get smaller, but only expand from there,” Barlam said. “It has been good so far. We’re just trying to get the second operation back up and running. It has been parked for almost three years. There’s a car at (Morgan Lucas Racing) being built for us (that Jordan will run) and this time of year we have to get everything certified and whatnot. We are just building up our arsenal to go race two of these things full speed.”

Barlam said Alexander’s first race of the 2019 campaign will be at the NHRA Arizona Nationals, Feb. 22-24 in Phoenix and Jordan Vandergriff will make his season and career Top Fuel debut at the Amalie Motor Oil Gatornationals in Gainesville, Fla., March 14-17.

“We also will be in Phoenix testing right before the Winternationals (Feb. 7-10),” Barlam said.