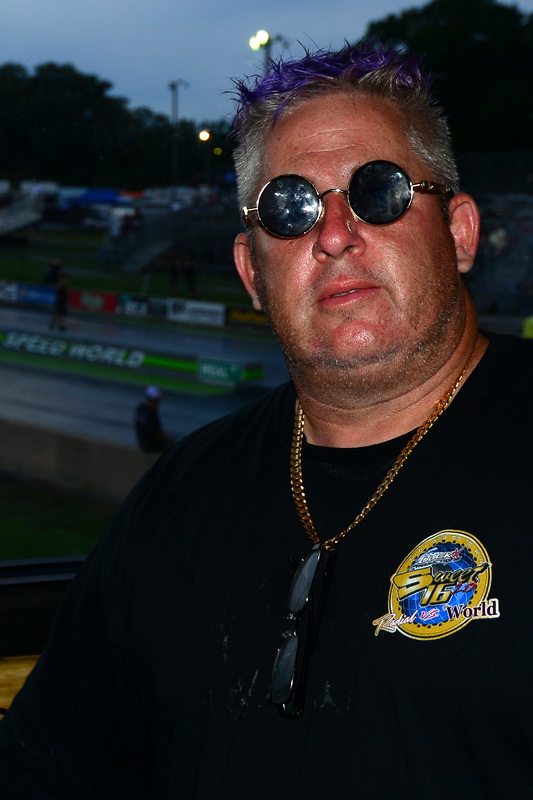 In the radial world of drag racing, Donald "Duck" Long needs no introduction.

Long, the Pied Piper of drag tire radial racing has been long known for delivering significant paydays for this arena. Frustrated with having his Sweet 16 event postponed in the early phases of the pandemic, and seeing racers denied their escape from the "new" normal, Long formulated a plan for racers to get their drag racing fix.

Thus was born, the COVID 8 event, featuring only Radial vs. The World (a class he created) and Pro 275, at Orlando Speed World Dragway. Out Ian Tocher caught up with Long and discussed the event and more.

CP.com: So Donald, why are we here? What's the reason for the hastily created Covid 8 race?

Duck: Well, basically we had a lot of people out there, sponsors, engine builders, transmission shops, all kinds of parts manufacturers, and they needed cars going down the race track. Obviously if nobody's racing, nobody's breaking parts, nobody's needing to buy any parts.
And I think everybody wants to get back to some normalcy, you know, in the world is what's going on. So we don't want everybody to sit around for too many months, you know, with no racing at all. So it was that deal.
And we had, James Lawrence from Speed Video, who had reached out and said, 'Hey, you know, I can put in some money to help this deal out,' because he needs to be able to put some shows on, you know, to be able to have something to film for people to see.

CP.com: How difficult is scheduling a race like this on short order?

Duck: Well, something like this, it comes together pretty quick. I mean you have to work fast to get the track. And at the time we decided to do it everybody was locked down, so we didn't really have any conflict with any dates at the time. We were good to go.
But then there was some back and forth with Keith Berry because we didn't know for sure if he was going to be able to do his Wooostock race or not--that he was fortunate enough to get in last weekend in Darlington--and we were also trying to work our way around the Huntsville deal with their Radial Fest. But even after we did that, I guess they didn't have any dates left and had to go back on top of us.
We try to stay away from everybody because we want to give the racers the most amount of races for them to go to out there. So we tried to make it to where you would have Radial Fest, then you would have Wooostock, and then you would have the Covid 8. And also this weekend we have Keith Haney with his Mid-West Pro Mod deal, so this was not exactly what we wanted, but obviously the way everything's working out that's what we had to do.

CP.com: Duck X Productions is known for providing some unique trophies, so what's on the line for Covid 8? 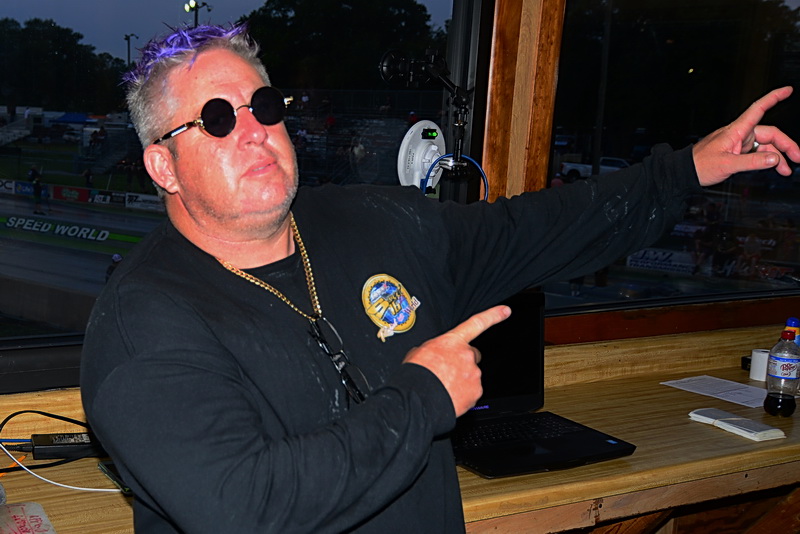 Duck: Well, Stephanie (Wisnieske-Long), she's in charge of all that and she came up with the idea of Captain America shields for the winners, you know, the whole shield yourself from Covid 19 deal. So she decided that we were going with the shields no matter if I wanted to or not, but I really think they're a great idea.
She had to go to four different places to get these shields made up the right way because we always want to have something that can be remembered. They have the Covid 8 insignia and the logos on them, really neat stuff, but it was like everything was still really cutting it close. Like the hats actually showed up from Jessica Sexton to the track yesterday. Some stickers and stuff showed up yesterday or the day before, too, and I was still getting stuff done this morning.

CP.com: What made you decide to hold the Covid 8 event in Orlando?

Duck: Well, Ozzy (Moya, Orlando Speed World owner) of course was like, just pick whatever date you want and we'll make it work. So obviously that was awesome. And then Jeff Miles came in so we've got a great track prep crew here. And I wanted to kind of get out here and let these guys do some more racing here in Orlando because we're going to be moving the Sweet 16 race to here for next year.

CP.com: What about Lights Out and No Mercy? Are those events moving from South Georgia Motorsports Park, too?

Duck: No, Lights Out and No Mercy are both staying there. And the Sweet 16 this year was postponed so we'll run it at South Georgia this year, too. It's gonna' be a kind of a deal where we're hoping to move Sweet 16 4.0 to Orlando at the end of January next year, and then a month later we would be back at South Georgia for Lights Out 12.