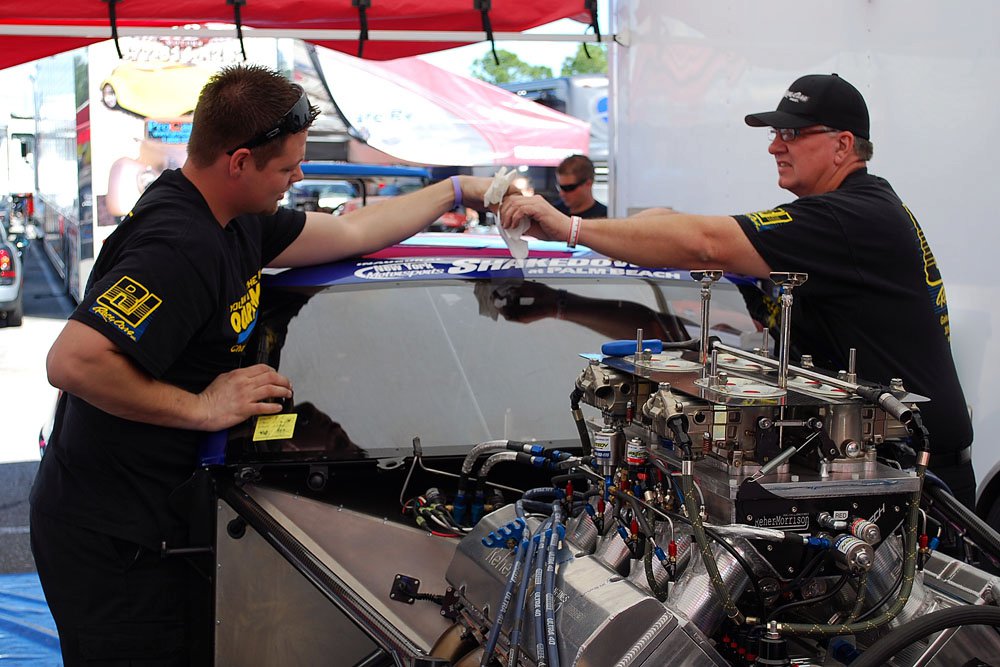 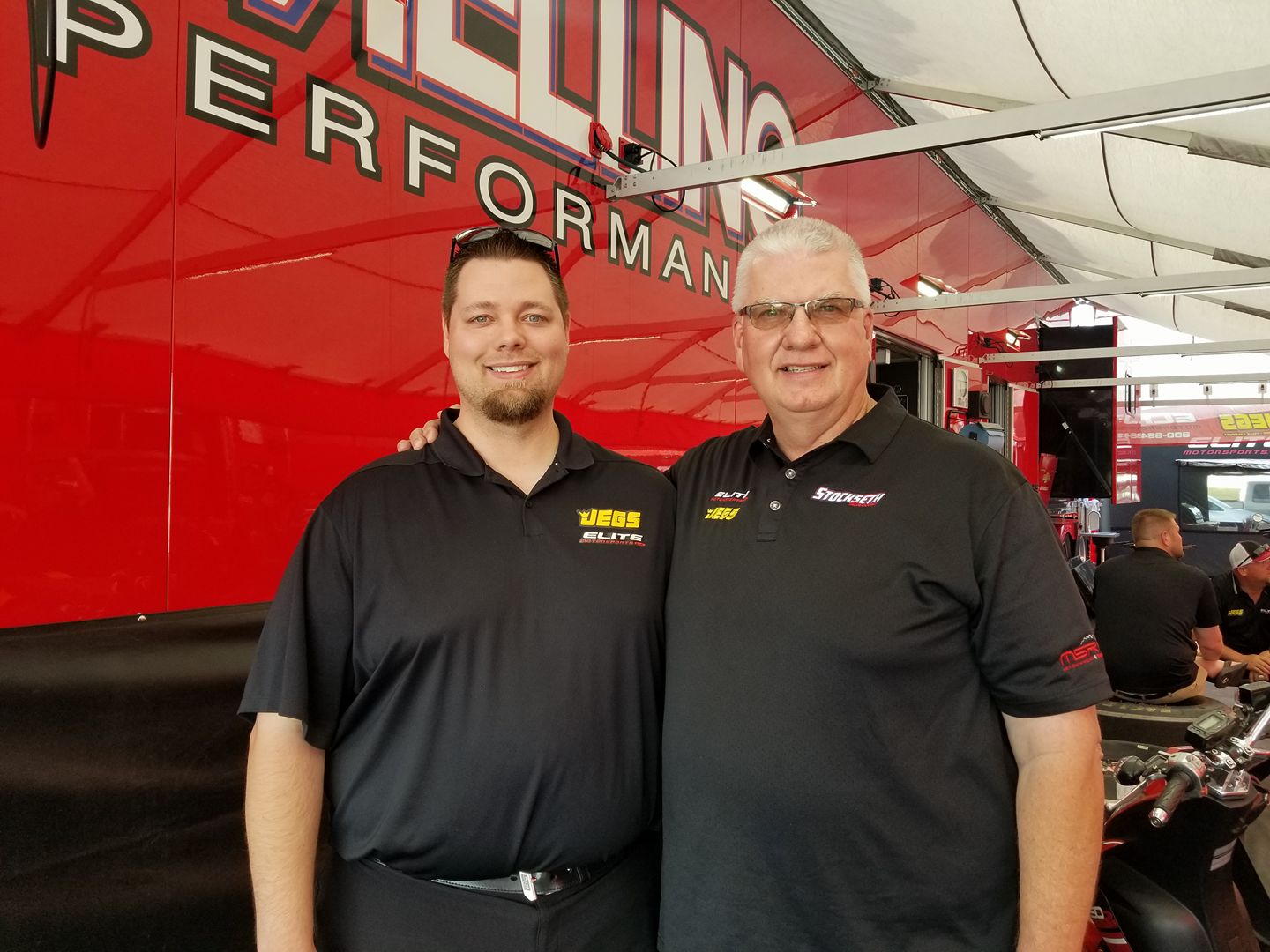 Rick Jones couldn't help it; He had to see how everything worked.

Jones, one of drag racing's premiere chassis builders and the driving force behind the RJ Race Cars/Quartermax brands, admits his tendencies began as a kid growing up in Illinois.

At any given time he'd have his bicycle and any other toy his parents bought him torn apart in the family's garage. Even the soapbox derby car he built with his dad was in pieces again shortly after it was completed.

Little did his frustrated parents realize, their inquisitive kid would become one of the premier individuals in the chassis fabrication field.

"They were proud as I made it into a career and started doing better," Jones explained. "It was a tough road to navigate, and I wouldn't wish it on anyone, but yet I wouldn't trade it for anything."

One crucial aspect for Jones, even as a kid, when he disassembled and reassembled products, never to have pieces left over. He made it a point to understand the role of every part, even the smallest ones.

"I had a toy tank when I was a little kid, it was a plastic tank. It was a pretty good size, remote control," Jones said. "I ended up cutting the fenders off and modifying it, so I was always into modifying things not knowing what I was doing."

Drag racing became a natural avenue for Jones, who was first introduced to the sport by his brother-in-law who ran a locally-based Pro Stocker in the formative years of the class.

"When I got my driver's license in '76 I right away went to our local track, Cordova, Illinois, and just started racing trucks or cars I owned and just went up there and had fun and I just had the bug," Jones recalled. "It was always in my blood." 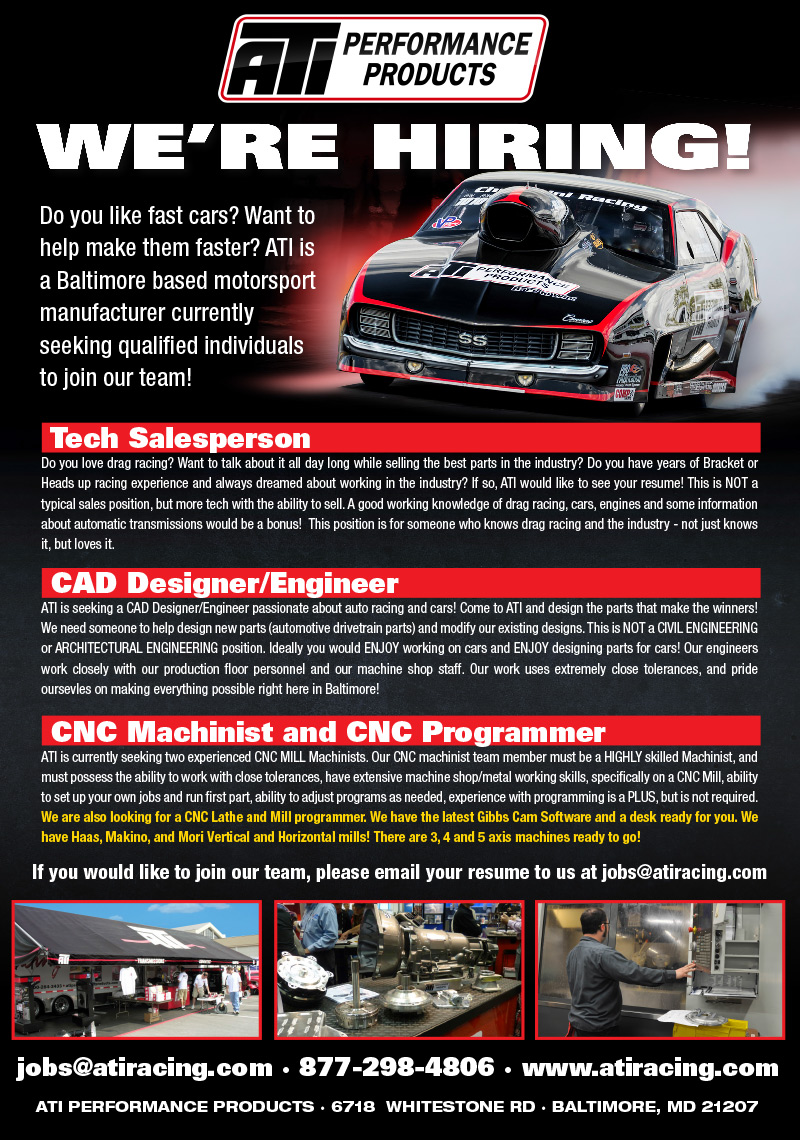 "I just took it apart and started modifying it and making it into a race car," Jones admitted. "I had taken it to Cordova. I installed the nine-inch rear end in it and ladder bars, and every year I did more and more things to it to make it into a better car. It was as if I almost looked forward to working on it more than I did racing, as much as I did racing. So I'd make plans all summer long. I'm doing this, or I'm doing that, just kept upgrading the car."

"But I will say on my race car, in the later stages of that, I put a 2x3 chassis underneath of it, and I actually put a Corvair front suspension on it. At the time, the Corvair had their double A-arm front suspension that was nice little small, and it had the same spindle as the early Camaro so I could use the brakes and stuff off the Camaro. I think Corvair's had a four lug for the lug nuts on the front wheels. So my hubs and brakes and everything off my Camaro slid right on there.

"I thought, 'You know this is something cool that I can offer for sale for somebody someday and maybe sell some of this stuff. I don't know if that's possible, but it'd be kind of cool if I could do that for a living."

Jones married his high school sweetheart Bonnie in 1982, and even before there officially was an RJ Race Cars, she was part of the process. As Jones puts it, an integral part of it.

"She's been there since Day One," Jones said. "We started this dream together, and that goes back to high school. She's always supported me, and works at the shop every day."

Jones said it didn't take long before other racers wanted him to tinker with their cars. Credit local racer Greg Couch as Jones' first-ever customer.

"He had a '74 Vega and was like, 'Hey, I want you to do some work to my car," Jones said, reminiscing.  So I did. I put a whole chassis underneath of it, and struts, and stuff. I did it at home in my garage and it just kind of took off from there."

As much as Jones was fascinated with the tinkering aspect of proven parts,  it didn't take long before his innovative nature inspired him to branch out with a product of his own; one he didn't need to take apart to see how it worked. He didn't need to figure out how it worked because he created it.

Little did Jones know, his Weigh Rite scales were the impetus for Quartermax Chassis components, a spinoff from RJ Race Cars, which initially launched in 1987.

"We made some of those Weigh Right scales we called them," Jones explained. "They're a lever system on a bathroom scale, and they did their job. We sold a lot of them, and they were just really, really reasonably priced."

Jones admits it's not hard now to look back on the scales business and see they were on track with his destiny.

"It's cool," Jones said of Quartermax Chassis Components. It's a cool business that we actually can design test our stuff. I mean how many companies can really say that? That we can design the stuff in-house, test it on our NHRA Pro Stock cars, or whatever class we're racing, and take that part and develop it and make it into a part that everybody can buy from us. We don't hide anything. Everything we make, we design and track test it ourself, and then we sell it to everybody."

Little did Jones realize, he didn't have to look far to find his biggest fan, and it was not a satisfied customer or a racer. 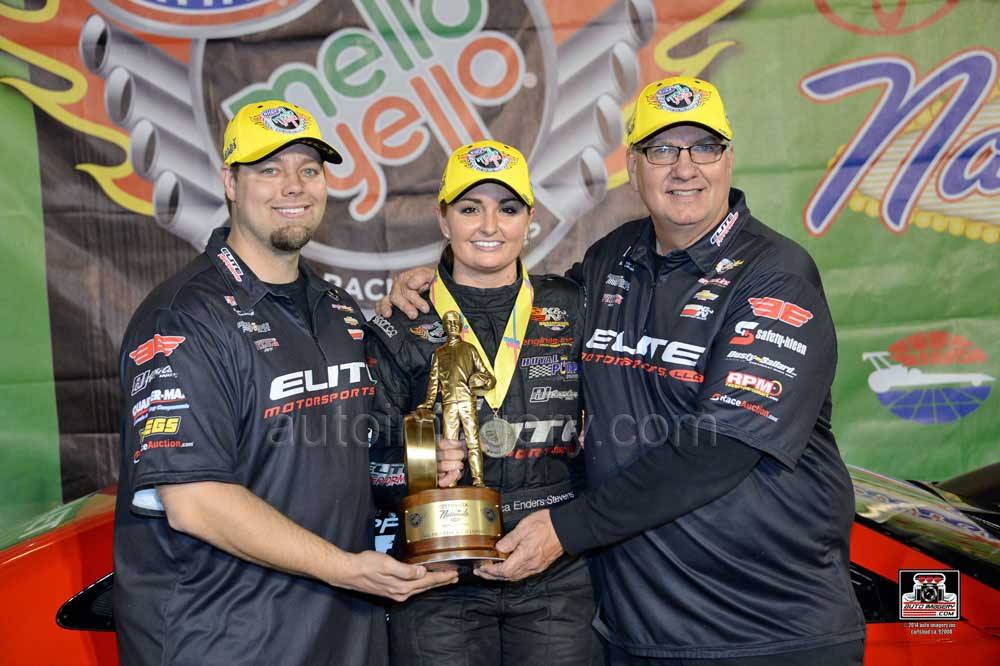 Rickie Jones, Jones only child, was definitely the cat in the cradle.

"I just knew as a kid, in watching Dad trying to build the business back in the day, I was destined to be a part of the business," Rickie explained. "As a kid I watched him, and mom [Bonnie] were there every night after school until 10 o'clock at night. I'd fall asleep on the office floor after I'd done my homework, or playing with Hot Wheels. I just had a passion for racing too."

By the time the second-generation Jones was 4, he was making ladders for his Hot Wheels race track.

"I watched all the hard work they did and then when I was old enough, I started sweeping floors, doing chores and taking out the trash," Rickie explained. "I was just trying to be a part of it. Then when dad was racing, we'd work on his car together. He'd teach me things, and I'd just try to soak it up like a sponge and learn from it and ask questions. Probably too many questions, but just really enjoyed learning."

By the time Rickie was 10 years old, he quickly grasped the gravity of having drag racing icons such as Warren Johnson and Greg Anderson walking into the family business.

His being a part of the family business wasn't something Rickie said his parents expected, as he was always free to plot his life's course.

"He would let me do whatever I wanted to do or support me in it," Rickie said. "I never wanted to do anything else. After school, it was like Mom would come to pick me up, we'd go to the shop, and I couldn't wait to get there and do stuff. Work on cars and be around it and then on the weekends I was the kid that was gone 30-percent of the school year because I'm out at the race track, on the road."

Rickie's school attendance deficiency quickly drew the ire of the principal who called for a parent-teacher conference.

"It's like mom and dad would sit down and say like don't you understand that on the road he's learning more out here or just as much," Rickie recalled. "As long as he's still getting straight A's, what's the problem? He's learning some great stuff, like life lessons, out here. And that was true, totally true."

Even when Rickie found himself on the opposing end of an educator concerned about her son's absences, his mother Bonnie was supportive of the family's enterprise.

"It just seemed like there was nothing else but what we were doing," Jones explained. "We were just happy that he had taken an interest in what we were doing and wanted to make it his passion one day. She'd pick him up from school, and even on his off days from school, he was at the shop being part of it all."

Rickie believes being his dad's most-trusted assistance was his destiny.

"If you asked him, he never thought about doing anything else. And I never really did either," Rickie admitted. "I never thought about becoming a doctor or a lawyer. It just always seemed natural to be with my family and work with mom and dad and be around the shop. I always thought someday maybe I can learn how to weld or something. It just seemed so second nature to like want to be a part of it, you know. That's all my life has ever been."

"We've had the same goal, and that was to make everything the best we could as far as on the race cars," Rickie said." We'd go to the track on the weekends and try to win with it, and we'd talk about it on the drive home. I mean you spend hours driving down the road to the race track, we'd just sit up front and brainstorm.

"It just always seemed like that challenge was never ending to always do better every day. And I think as a child there's no better thing to be taught than that. So I really thank my parent's for teaching me that, and that totally came from like my dad just every day waking up, going to work and trying to design or build something better. That's how I approach every day of my life is what can I learn today? What can I do to be better? I think anybody with that mindset, I think you can be successful no matter what you do as long as you have the want to do it and you put the effort it."

Just like his dad, Rickie says he will let the next generation decide on their own whether the family business continues under their leadership. Right now, Jones says he sees himself and Bonnie in Rickie and his wife Sarah.

"My daughter Ava is a year and a half old, and I've got a son that should be born in June," Rickie explained. "We've got to keep it going. I don't want to force that on my kids. It was never forced on me. It was given to me as an option. You know, dad sat me down when I was 17 or 18, said, 'Hey, look, if you want to go to college, I'll help pay for you to go to school or whatever it is you want to do."

"He said, 'Well, I don't have a college degree, and there's really not a college class that could teach you everything about this particular business."

Someone once asked Jones what he would have pursued if drag racing wasn't an option. The answer was predictable.

"I never think about that because it wouldn't have gone any other way," Jones said adamantly. "This is the only thing I could do. It was born into me. That's the deal. I've always been that way, and it will never change.