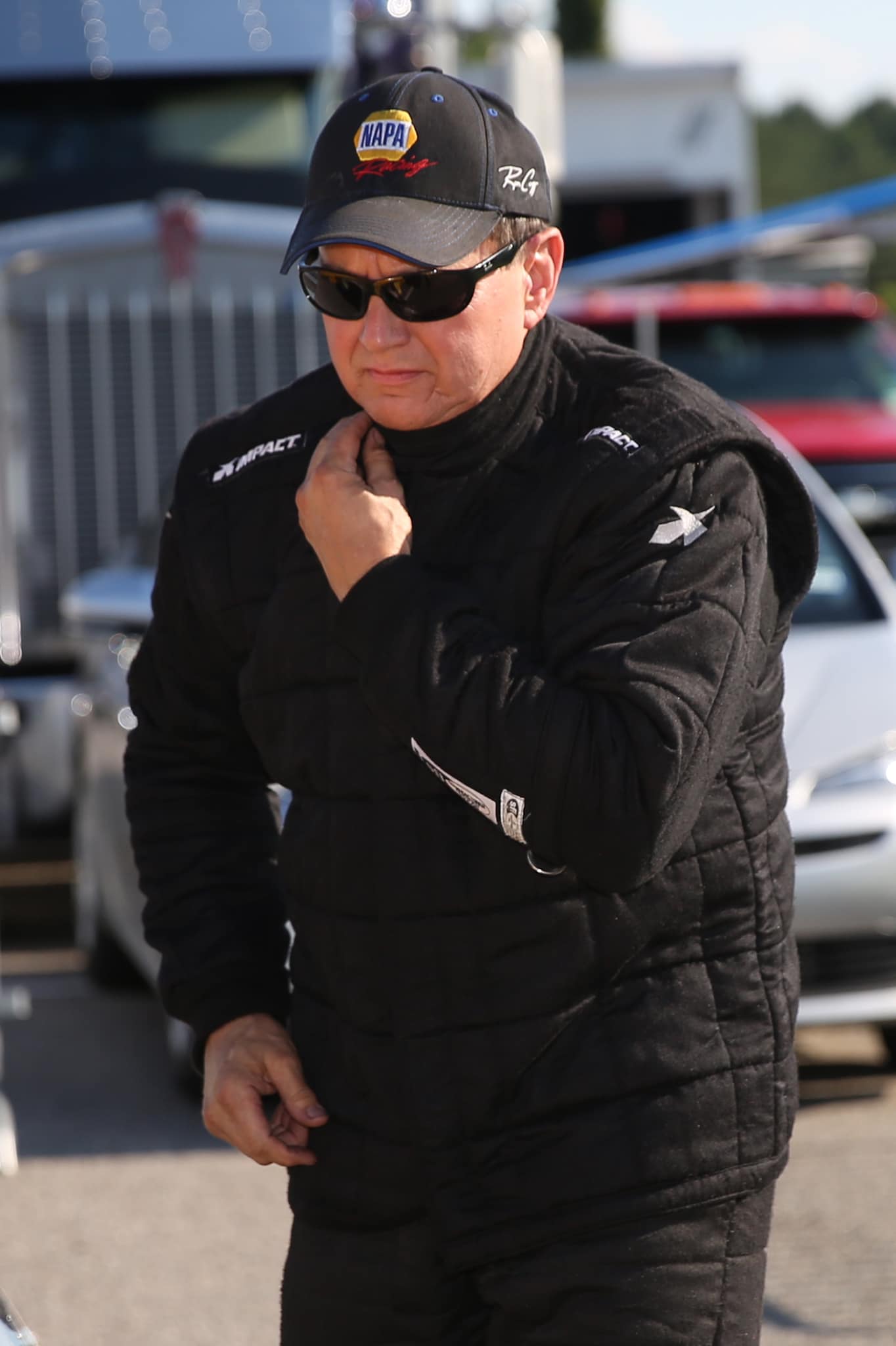 Carpenter, whose doorslammer legend was built on his exploits behind the wheel of the "World's Fastest 1955 Chevy” starting back in 1983, began experiencing symptoms while racing in the Pro Nitrous division the PDRA Drag Wars event just days earlier.

Carpenter is on the road to recovery but has a long road ahead of him.

"I just had a real bad headache behind my eyes for days, and I'm sure I was having some other issues I wasn't paying attention to. Imbalance and stuff like that," Carpenter said. "I'm sure there's more symptoms that I had."

Michael Carpenter, Charles's son, recalled there were signs something was wrong with his father just days earlier, but neither he nor his father caught on that these were early stages of a stroke.

"He had the headache the whole weekend. He was even taking naps in the motorhome when we had downtime. There was nothing that alarmed us, though. And then he got sick. He threw up Monday morning and said he wasn't going to work. That’s when we knew something was really wrong."

A trip to a local urgent care facility alerted doctors that Carpenter was possibly in the middle of a stroke. For Carpenter, who runs an auto repair shop in Charlotte, North Carolina, this couldn't be happening to the family.

"It's like, wow. We went through this with my wife," Carpenter said. "And it's not so much the issues you go through at the time; it's like a heart attack. It's all the stuff it leaves behind."

Carpenter knew at any time he was susceptible to having a stroke after seeing how his wife's experience came unexpectedly with no forewarning.

"With what all we've had happen in our lives, we know anything can happen to any of us at any given moment," Carpenter said.

Carpenter was taken aback by the situation more so than anyone, considering he has no family history of strokes and no risk factors. Doctors are still unsure whether a neck injury caused a tear in the artery or whether the blockage was building over a long period of time. 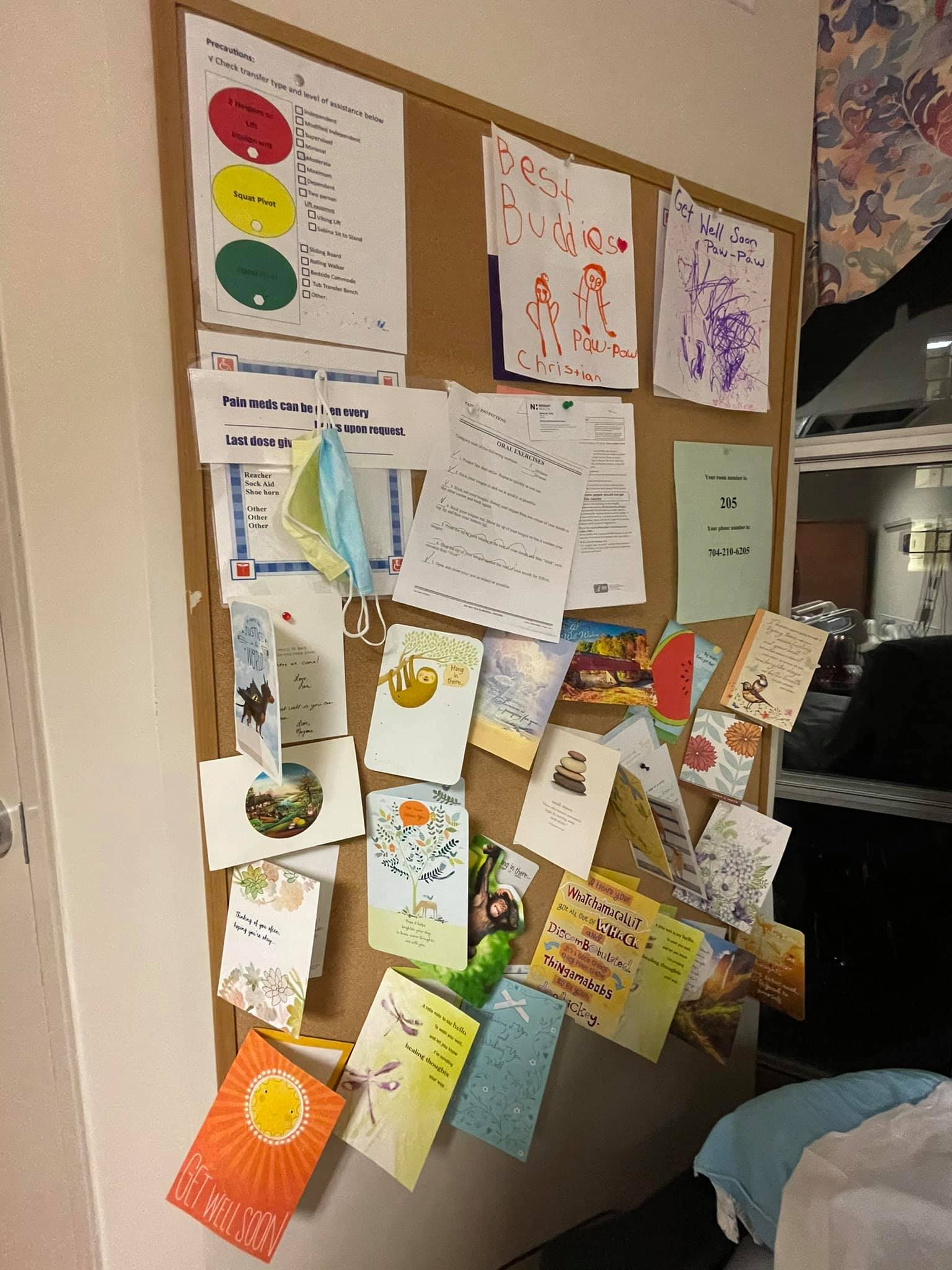 Michael said he knew his father was strong-willed, but watching him go through daily physical therapy to return to everyday life builds his father's legend even larger than it already was in his eyes. Not only did the Carpenter family lose their matriarch ten years ago, but earlier this year they also lost Katie, Charles’ daughter and Michael’s younger sister, at the age of 33.

"I've always looked up to him in that regard and I know a lot of people do. I'm certainly not alone in that," Michael said. "I've always told myself if I could be half as tough and as half as strong-willed as he is, that I'll be okay. I think we see that more than ever. So again, he continues to set the bar and set an example for never giving up.

"Obviously, in his racing career, that's always been the case. But in all aspects of his life, we've had a lot of challenges as a family. He just takes it one day at a time and keeps moving forward, and maintains a positive attitude. He's doing that even now, so it’s something that we can all look up to."

Carpenter refuses to look at the after-effects of the stroke as the new normal.

"My inspiration is I just want to get back to my life as it was," Carpenter said. "This is one of the hardest things I've ever experienced personally."

The racing community's response brings Carpenter to tears when he thinks of their support, not only this time but over the years.

"I want to thank everybody for all the cards and the kind thoughts and prayers," Carpenter said. "I can feel all that behind me. I'm looking at cards all over my wall right now. And I appreciate everybody."