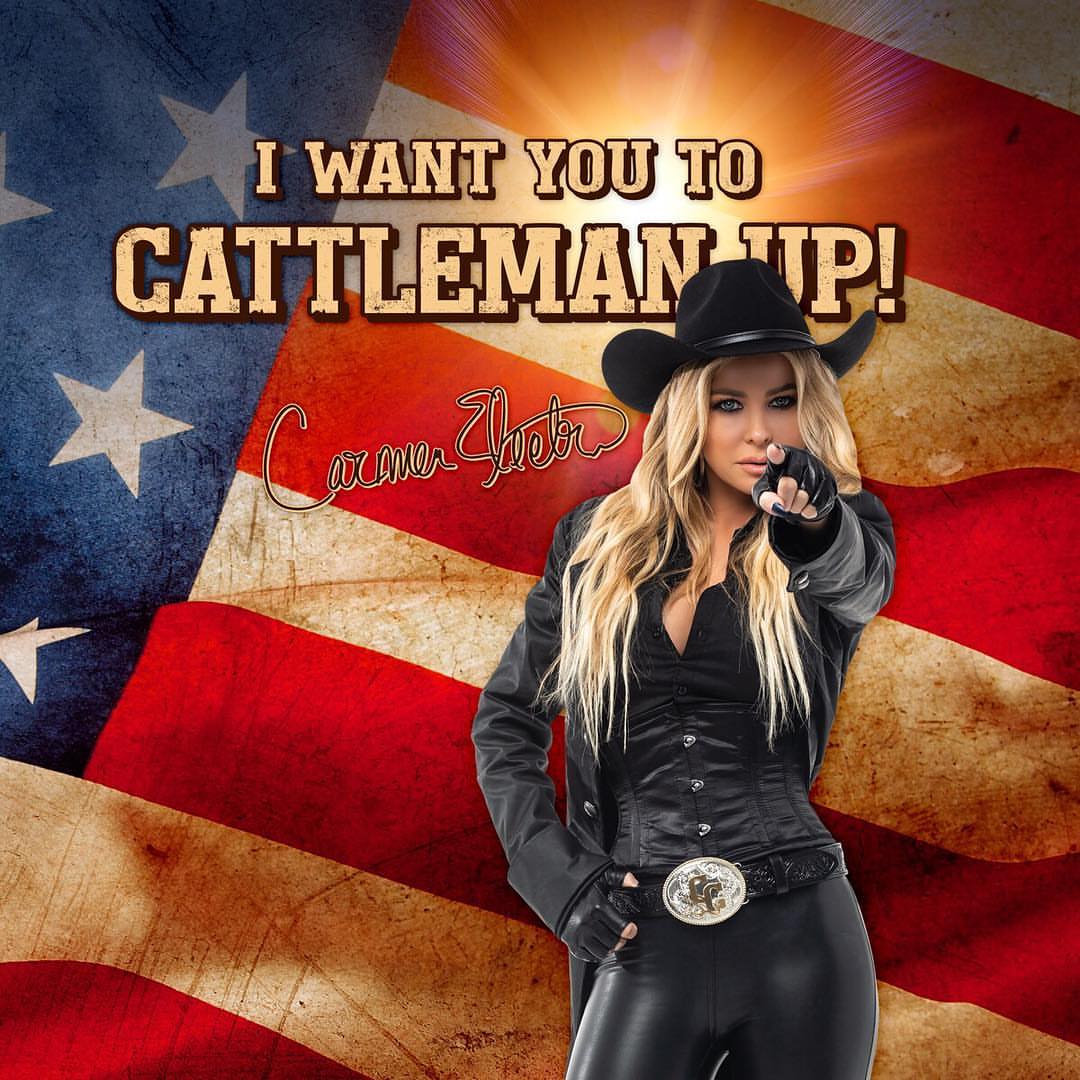 Carmen Electra, spokesperson for Cattleman’s Cut Beef Jerky, will be attending the upcoming Dodge NHRA Mile High Nationals presented by Pennzoil at Bandimere Speedway as the Grand Marshall.  The model, actress, and entertainer will be a part of Opening Ceremonies for one of the NHRA’s most popular races.  Carmen will be spending time with fans at the event, helping kick off Sunday racing eliminations, and will visit the Fox Sports broadcast booth.

As an ambassador for Cattleman’s Cut Beef Jerky, Carmen’s character associated with the brand is known as the “Cattlewoman”.  This will be her second NHRA event to attend this year, as she was previously at the opening race of the season in Pomona, California to shoot commercials with the Cattleman’s Cut sponsored Nitro Funny Car team of Jim Dunn Racing.  Drag Racing Hall of Fame team owner, Big Jim Dunn, has had his teams involved in a lot of different promotions over his 60 year career in the sport and welcomes the excitement that she will bring to the Denver race.  “Carmen will be a great Grand Marshall for the event. She is a fan of drag racing and our team,” said Jim Dunn.  “We look forward to having her cheer on the Cattleman’s Cut Funny Car in Denver.”