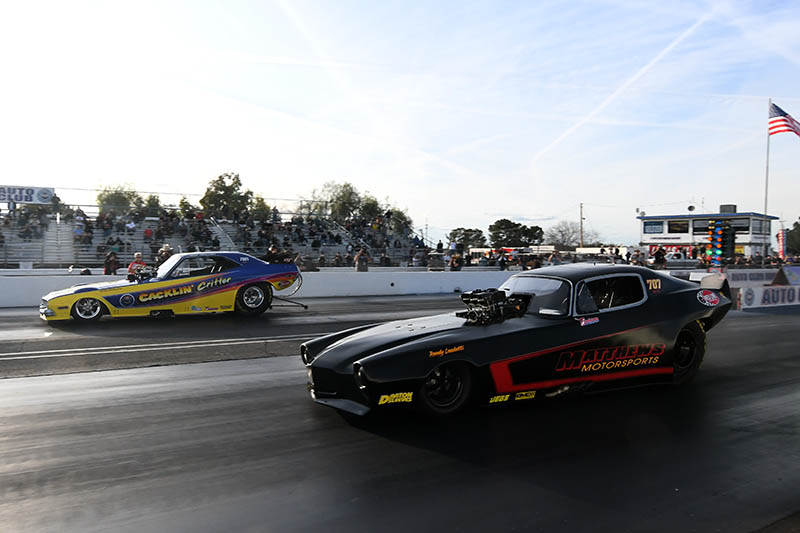 With a life-changing moment within reach, Matt Bynum seized the moment. 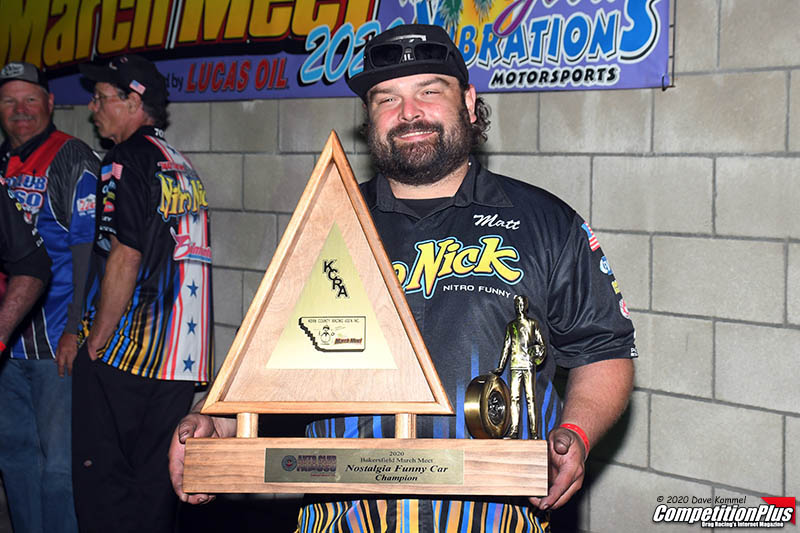 “It is pretty cool,” Bynum said. “I still can’t believe it. We came here and we just ran really well all week. We made a test run on (March 4) and a test run (March 5) and we showed a ton of potential and we finally got it all together Q1 and went 5.57 and didn’t really look back after that.”

“We blew some stuff up (March 8), but it was still a great weekend,” Bynum said. “The car is running great and it is pretty surreal, to be completely honest with you. We do this and we think we can do good but putting four runs in a row together is a lot harder than it looks. It’s a testament to the team. They did a great job today getting the car turned around and putting it back together after it kicked the rods out in E2 this morning. This was just a big win for us.”

And by virtue of his performance he was able to experience what he watched all the drivers he worked for experience – the euphoria of driving to a race victory.

“Honestly not yet,” said Bynum about what it felt like being behind the wheel for race glory. “It will probably set in a little more (March 9) when were hopping in the truck and driving to Gainesville (Fla.) (for the NHRA’s Gatornationals, March 12-15). It is just cool for all these guys to be happy and see what it is like and see the other side of it. I’ve been all these years working on a car and being the guy on the starting line doing it, so it is pretty cool to be in the shutdown area when you win a race.”

Not long ago, Bynum reaching the winners circle at the March Meet seemed far-fetched since his team was doomed by some bad luck.

“After the Thursday test run here last year when the thing flipped over and wrecked our perfectly good body and just about wrecked our perfectly good race car. There are definitely doubts. The thoughts definitely come in your head and we put it back together and went to work. We put a pretty solid car back together and this where we are at now, a year later.”

Bynum’s Funny Car wasn’t turning heads with blistering elapsed times, but it was consistent enough to be the car against them in the other lane each round.

“Guys were throwing out big runs like (Dan) Horan and Billy Morris and we kind of just stuck to our guns and knew that high 50s and low 60s were going to do good and we just kind of let it play out how it played out,” Bynum said. “A lot of guys screw up and beat themselves and we just really wanted to make an effort not to that and just stay within ourselves. I don’t think we changed the primary weight all weekend. We just kind of chased the engine tune-up around all weekend with the air changing on us and it worked out.”