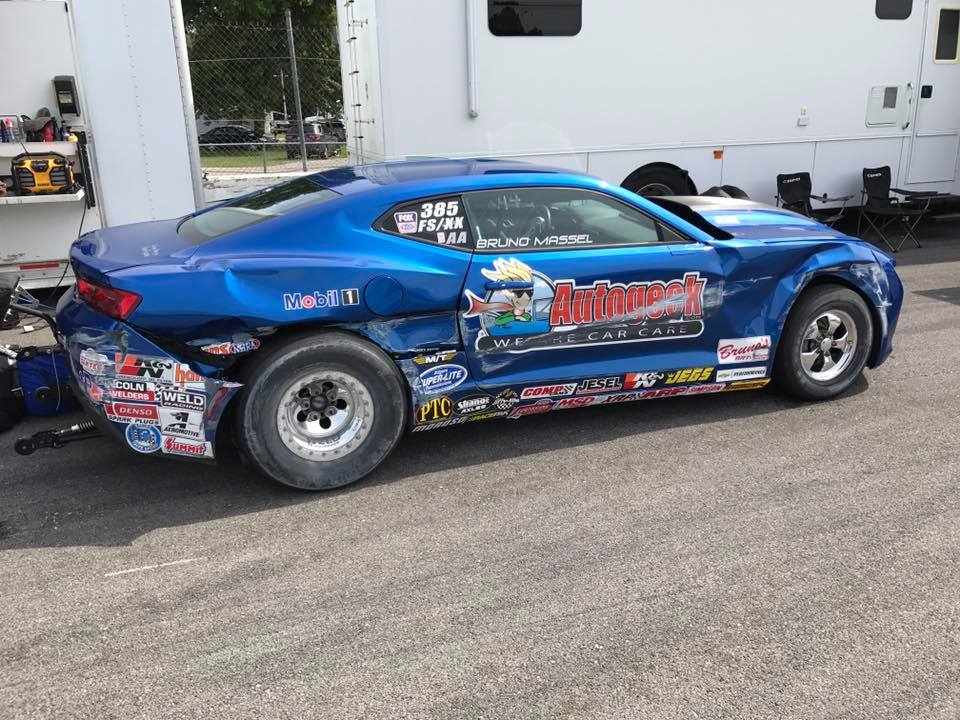 During a run at the Lucas Oil NHRA Division 3 event, Massel's Factory Showdown Camaro made an abrupt turn into the retaining wall, incurring significant damage and all but ruling out participation in next weekend's Chevrolet Performance NHRA U.S. Nationals. He suffered no apparent injuries from the accident.

"About the 300-foot mark, it was going straight and all of a sudden something went bad real quick, and it just went into the wall," Massel explained. "I could feel the back end coming around."

Hours after the incident, Massel and his crew are still searching for answers.

"No idea what caused it," Massel said Friday evening. "There's a bunch of stuff torn up underneath the back of the car. It's hard to tell which is the cause and which is the effect."

Massel was testing a brand new engine from Jon Kaase.

"We made three dyno pulls on the engine, and made what we felt was significant horsepower," Massel said. "We were here to get some shake-down runs in, and run a few runs in Stock before Indy."

Darrell Herron, who also serves as crew chief for Pro Stock racer Bo Butner, is coming to pick up the car and taking it back to his shop to inspect the damage.

Ryan Herem was scheduled to drive the car during the Chevrolet Performance U.S. Nationals, in the SAMTech Factory Showdown.

"They will start tearing the car apart, so there is no way it will be ready for Indy," Massel said. "In a perfect world, we could be back for St. Louis. Right now, we have to see how bad the body is damaged and whether or not the frame is twisted. We never saw this coming."