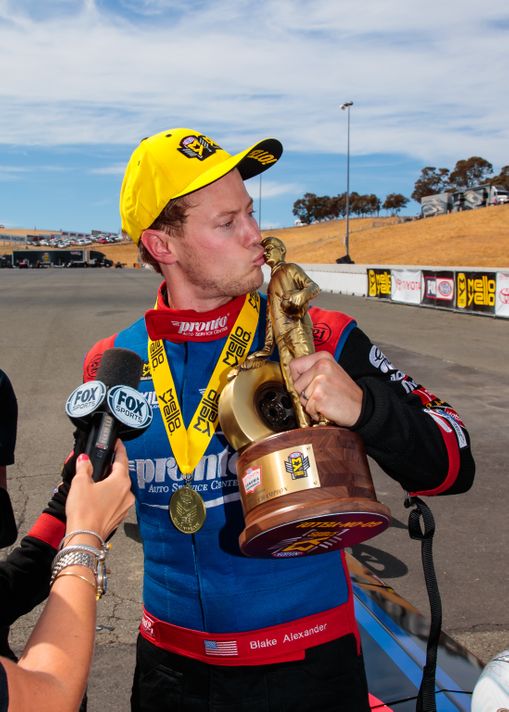 “I was on the way to pick up my daughter from the airport (on Friday, Dec. 21) as she was coming in to visit for Christmas and I got a phone call from Blake and all he said was, ‘Hey I’m going to go in a different direction in 2019 and I just wanted you to know.’ I said. OK, and I hung up. At that point, I wasn’t planning on discussing anything. If that were his intentions and his mindset, my philosophy has always been if you don’t want to be with us then you need to go, so off he goes.”

“It was a stunner, a shocker,” Vandergriff said. “We were all kind of stunned by it.”

Last season Alexander, while driving for Vandergriff Jr. Racing, with Ron Douglas tuning, competed in 11 races and won two races at Norwalk, Ohio, and Sonoma, Calif. He finished 12th in the points standings.

Prior to Alexander’s departure, the 2019 plan for Vandergriff Jr. Racing was to field a Top Fuel Dragster driven by Alexander and Jordan Vandergriff, Bob’s nephew, who will make his Top Fuel debut in the team’s other dragster.

“We will turn our attention and our focus on to getting Jordan’s program off and going and making it as good as we possibly can,” Vandergriff Jr. said. “Then, I will put my attention on finding some way to get that second team going and we will find someone to get in the car.”

CompetitionPlus.com will have more details on this story as they become available.