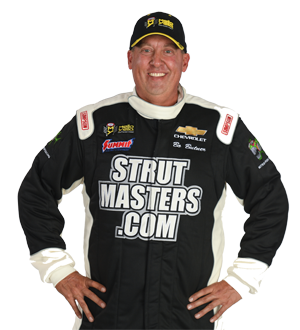 Bo Butner made the announcement he'd be stepping away from professional drag racing once before. His decision, back in 2018, lasted about three weeks once the reality set in.

Once again, Butner said he plans to step away from professional drag racing.

"My good friend Jason Line is retiring; this is his last year. Jeggie is also not going to be a full-time deal. Well, I am also making that same decision," Butner revealed as a guest on Joe Castello's WFORadio.com. LISTEN TO THE INTERVIEW

"I am probably going to expand my business. It's great, and I cannot turn it down. Ken and Judy Black have been great to me. I am not going to any other team. I might be at a race every now and then, but as it stands now. I am not going to come back to run anything fulltime.

Butner said he prefers to spend his time bracket racing and competing in various sportsman arenas.

With this said, Butner revealed both he and Line plan to race in a high-dollar Stock Eliminator combo event next weekend at Ohio Valley Raceway.

"We are going back to our roots," Line said.

Butner didn't rule out he may return on a limited basis with occasional participation in a Pro Stock or Pro Modified event.

Butner also revealed on wforadio.com there will be unveiling this weekend of a new sponsor on the Pro Modified. Strutmasters.com sponsors his Pro Stock operation.

"Have a new sponsor you are going to love, it won't be revealed until I roll up for Q-1," Butner said.

For now, Butner indicated he's focused on getting a win for his Pro Stock sponsor Chip Lofton. "

Gotta get that guy a win," Butner said. "Chip wants to win a race, and he's put a lot out there. He deserves a good win."