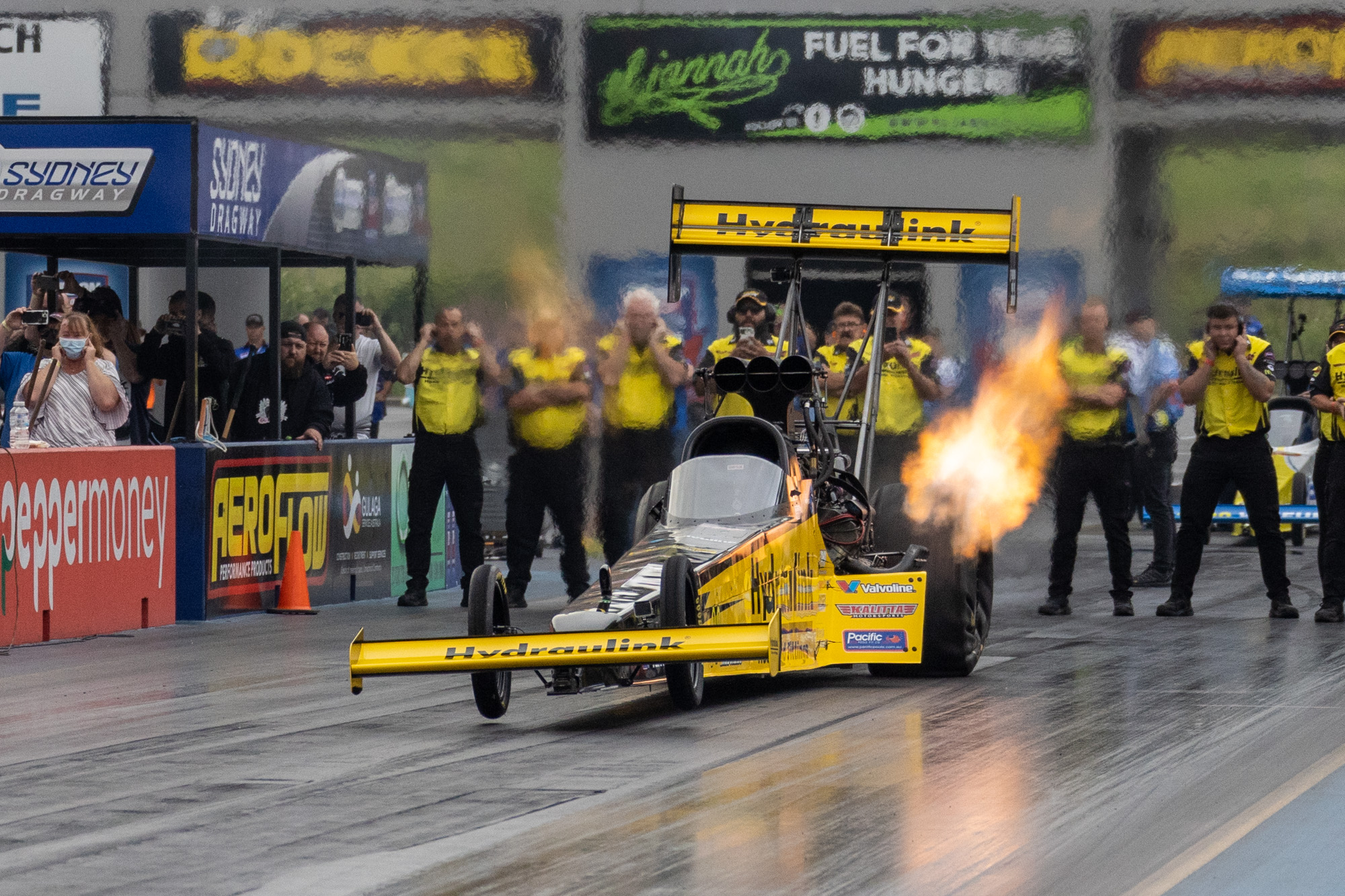 The team was at the line and preparing to start the engine during eliminations at the Sydney Dragway Nitro champs meeting. Almost two weeks after the incident, which left one crewmember hospitalized, the team has announced it will return to competition this weekend during round five of the Burson Auto Parts Australian Top Fuel Championship at Heathcote Park Raceway May 21-22).

The team and Top Fuel Series officials have conducted in-depth investigations into the car and decided the car can return to competition.

“Obviously, after something like that, you go through everything with a fine-tooth comb, so we have taken our time over the last few days to really assess the damage and analyze every inch of the car,” Hydraulink Jim Read Racing Crew Chief Bruce Read said.

“While obviously there is quite a lot of damage, we were very relieved to find that the chassis itself was unaffected.

“The crew is hard at work now to ensure we can replace all the necessary components and have the car fully prepped and ready to roll out again in plenty of time for round five of the Burson Auto Parts Australian Top Fuel Championship.

“Everyone on the team is very excited to waste no time in getting back onto the track, and I am very thankful for the dedication and enthusiasm of our crew who will make this possible.

“Once again, I also want to acknowledge and thank everyone who has taken the time to send messages of support, offer assistance, and generally wish us well since Saturday.

“It has been very uplifting for the team to have everyone behind us like that, and we hope we can repay you all with some strong results in Victoria next weekend!”

Driver Phil Read believes the team is due for good fortunes.

“We are well and truly due for a change of fortunes, so watch this space,” Phil said. “Now is the time for redemption, and we will be throwing absolutely everything at it to bring home the results to say thank you to all those who have supported us this season and, in particular, over the last couple of weeks.

“We have said it before, but I will say it again, we have really appreciated the support and well wishes that have poured in from all over, and everyone at Hydraulink Jim Read Racing is excited to be back at the track this weekend and fighting for a win.”

The Burson Auto Parts Australian Top Fuel Championship will be on-track at Heathcote Park Raceway this weekend as part of the Summernat’s Slam event on Saturday, May 21, and Sunday, May 22.