There was never a doubt in Cale Aronson’s mind he’d recover from a critical injury sustained in a racing accident on April 25, 2015, during the IHRA Palm Beach Nationals in West Palm Beach, Fla. His intuitions were confirmed earlier this week following surgery to repair damage related to a C-5 compression fracture. Aronson has feeling in his legs and can move his feet signaling there is connectivity.

“I always felt this was a condition I'd be able to recover from,” Aronson told CompetitionPlus.com in his first interview since the accident. “I try to never think negatively about tough situations. I'm not saying I didn't have negative thoughts, but I try to focus more on the how to make the best of any situation. The hardest part is the lack of being able to bond, to wrap my arms around and hug my wife."

Aronson's accident happened when he lost control of his 6.3-second mountain motor Pro Stocker, crossing the centerline, flipping upside down and impacting the retaining wall before sliding to a stop upside down in the shutdown area of Palm Beach International Raceway.

"Basically I have a bruised spine," Aronson explained. "I still have some difficulty with my upper body movement, but everything has a tingling sensation. I have feeling throughout my body. The doctor had to go in and do some fusing work."

Aronson’s injuries are described by his doctors as an "incomplete injury."

"It's a deal where the body can relearn motor skills fairly easy," Aronson said. "You just have to invest the time and effort into going through the motions."

Aronson was originally transported via helicopter to Palm Beach’s St. Mary’s Hospital where he underwent surgery three days later. Once his condition stabilized, Aronson was transferred to Jackson Memorial Hospital in Miami. This was a tough decision made by Aronson’s wife Tinzy following a suggestion by Jerry Gwynn, who son Darrell suffered a spinal cord injury 25 years earlier. Aronson’s care was also transferred to Dr. Barth Green, a spinal cord injury specialist.

Since his transfer to the Miami-based hospital, Aronson’s said his condition has improved tremendously. 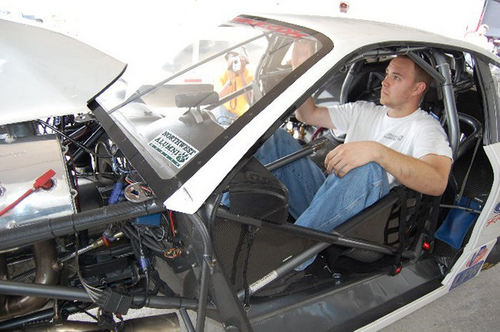 Aronson said the Gwynn family has been a great source of both knowledge and support throughout the experience.

While Aronson is anxious to get the rehab process started, he must endure a delicate healing process which will include being patient,  letting his body heal itself naturally.

"This is how we expect it to play out," Aronson said. "The fact I have full sensation, and can move my feet is very encouraging. It just takes awhile for the neurons and nerves to heal from this kind of trauma.”

Aronson said Dr. Green has conveyed at this moment there appears to be no need for further surgeries, and the focus presently is just in getting his body fully recovered from the trauma.

“The way you rehab is through a procedure called Arctic Sun,” Aronson said. “It is a cooling device intended to keep my body temperature regulated. There are times when you feel so cold, you feel like frost is on every part of your body. You find yourself shaking uncontrollably. Through medication, you can control a lot of the rehabilitation."

So what does Aronson remember from the crash?

"I remember every ugly detail," admitted Aronson. "I can remember and play back every detail from the time the car let go until the safety crew extracted me from the race car. I can remember looking at my carburetors as I slid down the track, and thinking -- 'man, those are going to be about two inches shorter." 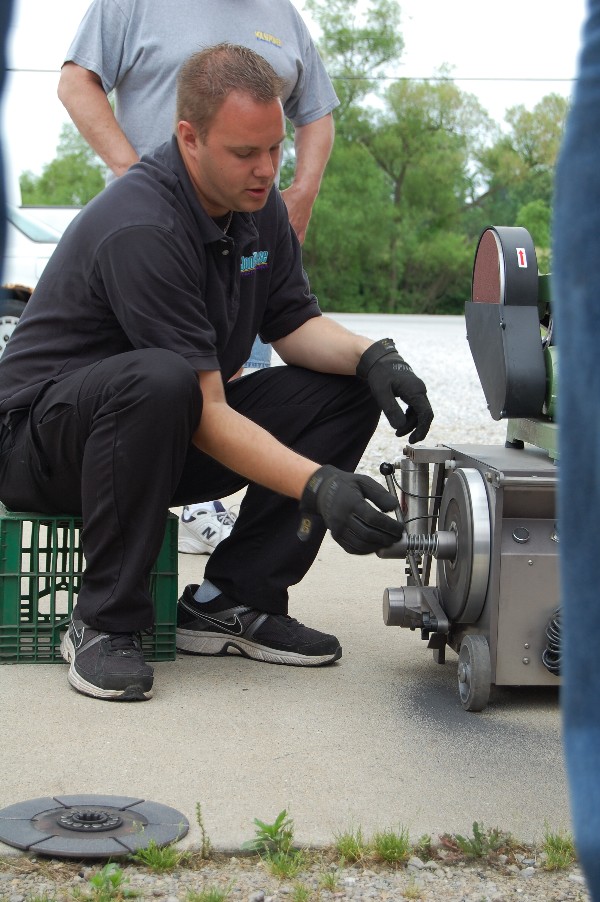 A significant detail Aronson remembers was a guardian angel throughout the terrifying moments afterward when he was strapped in his car upside down as IHRA’s safety crews arrived on the scene. Aronson has no qualms about listing IHRA official Marc Kinton as the one who “held his hand” throughout the tense moments as he was carefully extracted from the wreckage. And in the interest of fair reporting, it should be stated Aronson has the stature of linebacker.

“Marc Kinton and his team couldn’t have handled it any better,” Aronson said. “It was as if he was there as soon as I stopped sliding. He came in from the passenger side and directed the whole extraction process. Marc made sure it went the way it was supposed to.

"He and his team were cool, calm and collected in the midst of me screaming for them to get me out of here. My belts were killing me. All my weight was dangling on my HANS device. They never rushed or cut corners. They did it the right way. They talked me through the experience."

Hanging upside down, Aronson said, was the worst part of the whole ordeal.

"It was more than tempting to hit my release on my belts, but at that time, it was really hard to move my arms,” Aronson recalled. “It was like getting a stinger in football - I was stung pretty good at that moment. I had so much weight against my arms that I couldn't do anything."

"I wanted to pull the fire bottles even more because I could see the carburetors were on fire. But, by the time the safety crew got there, the fire was out anyway. It was a good thing I didn't have the ability."

Aronson believes his safety equipment performed as designed but this doesn’t mean improvements can't be made. He said he intends to send a memo to safety equipment both thanking them and offering data from his accident which could improve for future incidents similar to his.

"Yes, it worked the way it was supposed to in the way we expect a car to take an impact. When a car takes a 90-degree impact into the wall as mine did, almost a 90-degree impact into the roof, it sent me into a 45-degree angle. What happened is my body went up into the car [roof], and essentially compressed my spine. If I had been kept down in the seat, rather than secured to the seat, it might have made a big difference.

"You really don't think about a car taking a hit at that angle."

Aronson’s goal is to get back to his everyday life, once fully healed. And, no, he doesn’t expect driving will ever be part of his life again.

"We have discussed this, and Tinzy and I live for racing, it's been a huge part of lives and before then I shared it with my dad,” said Aronson. “At this point, I don't see me racing again regardless. I'm not completely ruling it out. But the chances are slim because my number one goal is to get back up to speed, take care of my wife and my family. That's more important than anything else. It's a bit scary in seeing the crash firsthand, what happened and how little damage to the car and so much to me. I try to think about everyone I race with and work with at Ace, and it scares me to think of them getting hurt the same way. If I can do something to make this sport safer, I will make the effort." 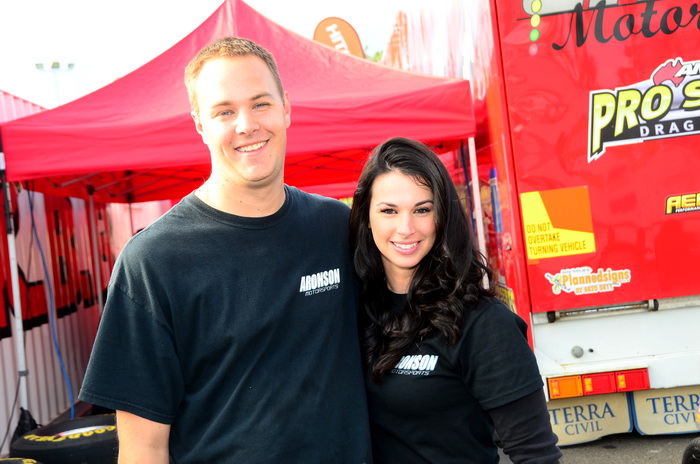 Aronson described Tinzy as his rock throughout the experience, leaving his side minimally. He said she has weathered the storm of watching his battle, all the while dealing with the rush of difficult decisions to make.

Aronson said if not for the support of the racing community, their prayers and well wishes, neither she or him could have survived in the manner they have. Racers such as Tony Schumacher and Robert Patrick, both who have suffered critical injuries in the past, were among the dozens who called daily with words of encouragement.

Aronson believes saying thank you seems so inadequate to the drag racing community.

"Your support was a large part of what inspired me to fight through this time," Aronson said. "Some of those who stepped up to show support, helped Tinzy so much, She was scared to death and the support of the drag racing family re-enforced the belief we could make it through this situation. It's overwhelming when you are a small family team like we are. We do this because we love it. It's important to see what we do is appreciated. It's done a lot for my family."