Wed, 2007-06-13 14:25
Drag racing legends are made at the Castrol EDGE Winternationals and this weekend’s motorsport package at Queensland’s Willowbank Raceway has again bestowed an elite group with such a title. 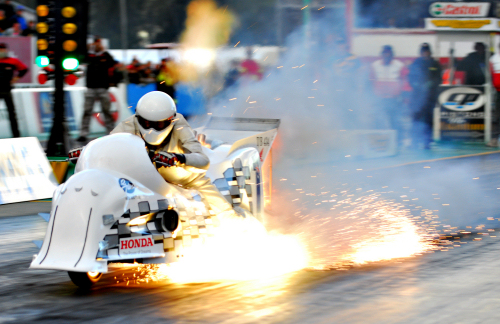 EVENT PHOTO GALLERY
Drag racing legends are made at the Castrol EDGE Winternationals and this weekend’s motorsport package at Queensland’s Willowbank Raceway has again bestowed an elite group with such a title.

For Willowbank officials it was cause for major celebrations as attendances across all three days reaffirmed the event as the largest sporting event this Queen’s birthday weekend in Queensland. 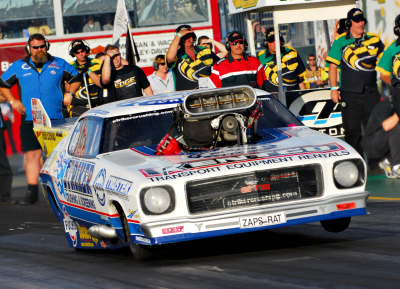 Group One drivers delivered in kind with just the second five-second performance secured at Willowbank Raceway in Top Doorslammer and to top it off nitro-fueled excitement of Top Fuel saw a stack of good numbers passed in by the major players.

The adrenaline-charged finish to season 2006/07 was highlighted by Australia’s quickest Top Doorslammer exponent John Zappia beating home local hero Ben Bray in the final, when he slotted in a super-impressive 5.99 seconds to Bray’s 6.09 seconds.

‘Zap the Rat’ had earlier bumped off Ben’s father Victor Bray in the semifinal and again had to call out all the stops to secure the team’s best effort at Willowbank Raceway on drag racing’s night of nights.

It was a coming of age for Phil Lamattina at the Castrol EDGE Winternationals as he not only advanced through the first round of eliminations for the first time in his short Top Fuel career, he duly credited himself a first ever gold Christmas tree winner’s trophy with victory over three-time Australian champion Phil Read. 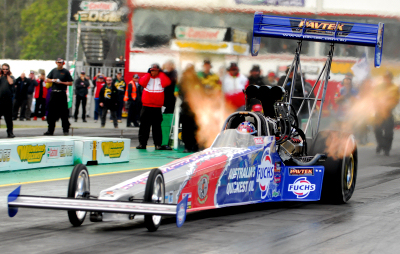 Right throughout the three days of competition, the Mildura-based driver set the standard as top qualifier and can now enjoy the off-season full in the knowledge he has proved himself as a definite championship contender towards 2007/08.

Bundaberg Pro Stock driver Tyronne Tremayne was another of the top qualifiers to lead the way throughout the weekend.

Up against last year’s Championship runner-up Shane Tucker in the final it was always going to be an interesting showdown, but the pacesetter remained firm in his first ever Group One Winternationals decider. 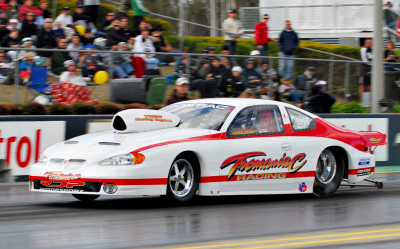 For Tucker his gritty performance to make it to the final from the sixth qualifying position made for a fitting departure as he jets off next week for an initiation into the American NHRA drag racing scene.

The International feel of the event was evidenced at a competitive level in Top Alcohol when visiting American NHRA driver Ron August Jnr advanced to the final.

His charge was steady and consistent but failed to produce an outright result when newly crowned Australian champion Wayne Newby continued a perfect, season-long run to wrap up the coveted winner’s trophy.

As multiple category competitors, Brett Stevens Racing had another busy weekend and provided three of the four combatants in the professional motorcycle categories.

Rookie rider Dion Prowse has been a model of consistency this season and ensured his season ledger remained unblemished when claiming victory over Gladstone’s Daniel Peatey.

The Brisbane-based team is no stranger to recording major milestones in the sport of drag racing and Prowse’s undefeated record on debut is testament to what he’ll be capable of for many years to come.

The Top Bike final saw team principal Brett Stevens taking on team mate Troy McLean with Stevens able to finish his own season on a high with yet another deserved victory at the Castrol EDGE Winternationals.

Despite the close of the 2006/07 Australian drag racing season, there’s still plenty of activity planned for Queensland’s Willowbank Raceway, including the Nostalgia Nationals in August before the official season restart during the Australian Nationals for all Group One and support brackets.