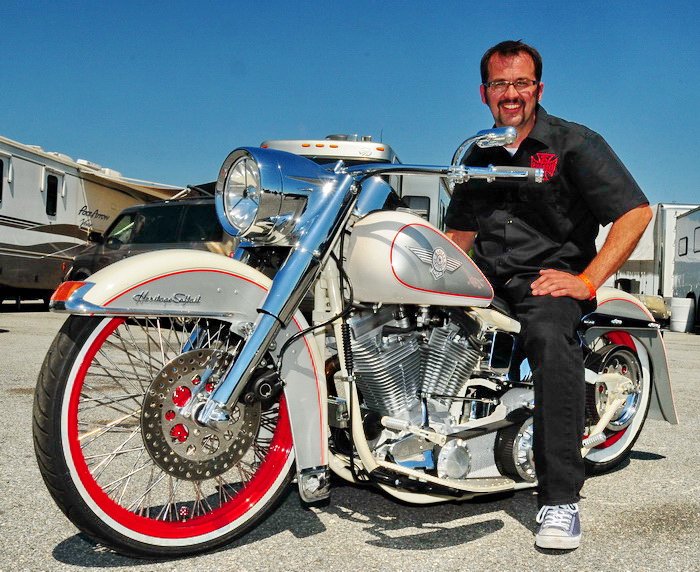 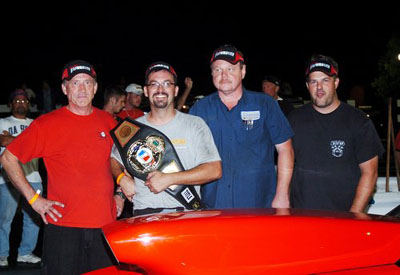 Dan Parker remembers nothing from March 31, 2012. To those who witnessed the past ADRL Pro Nitrous champion’s accident during testing at Alabama International Raceway [Steele, Ala.], it’s just as well the ADRL’s original Pro Nitrous champion didn’t.

Parker was driving Bill George’s nitrous-injected 1963 Corvette and at the tail-end of a planned shutoff run, the combination of a perfect storm of freak incidents converged. As Parker pulled the parachutes, the car for some reason became airborne in the rear and went head-on into the retaining wall. It could have been the combination of the chassis unsettling and a bump in the track which caused it. There has been no definitive cause for the accident almost six weeks later.

What Parker can say without hesitation is the accident was not caused by parts failure or the parachute. Photographic evidence shows, the parachute hadn’t begun to blossom.

And for Parker, not knowing is okay, he’s been in the sport long enough to understand, “stuff just sometimes happens.”

“My brain just wiped out that day,” said Parker, who also lost his sight in addition to broken bones in the accident. “I do remember that we had just gotten our car back together and was testing a [Gene] Fulton 864. We had done a significant amount of work to lighten the car.”

Parker’s car was responding well to the off-season work and had gone as quick as a 4.07 in lifting at the 330-foot mark. The pass he was on when the accident occurred would have been quicker.

“We had planned on our first two passes all along, to go to the 330, and lift,” explained Parker. “We were in test mode. The track was prepped and comparable cars were there, so we knew we could take the track out of the equation. From what I understand, when the car came around, it was completely airborne when it hit the wall.”

When the track’s safety crew, comprised of emergency medical technicians, arrived Parker was unconscious inside of the car which was resting on its roof. The EMT’s carefully extracted Parker and called for a medivac helicopter for transport to the University of Alabama – Birmingham Medical Center. Parker’s helicopter ride was cancelled when unsettled weather moved into the area. 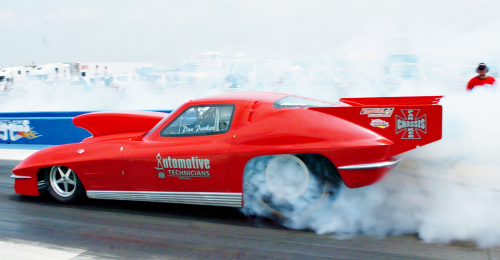 The end result was a 45-minute ride to UAB. Parker was joined in the ambulance ride by girlfriend Jennifer Stegall.

“I cannot imagine what she felt at the time,” admitted Parker. “Bill and the guys were right behind us. Our friends took care of loading up the car and helped take care of the situation back at the track. They all stayed at the hospital overnight and only left when they knew I was stable.”

Parker remained in a medically-induced coma for 13 days and as he began to come out, noticed his eyesight slowly diminishing. The emergence from the coma took almost two days to complete. This was a tough process for Parker who is quick to point out he’s never drank a beer or ingested illegal drugs in his lifetime.

“My family noticed as I was starting to come out of the coma, my pupils weren’t really changing,” explained Parker. “At first they believed it was the medicine. The more I came to – it became evident I had lost my eyesight.”

Parker was told initially that his optic nerve had been damaged. Further tests by an ophthalmologist revealed the nerve had not been damaged; holding out a slim hope the blindness can eventually be reversed.

“UAB did the best they could do with the initial MRI,” said Parker. “When you look at what they had to work with, someone with broken arms and under medication, it has to be awful difficult. We did another MRI later and it shows my complete optic system is perfectly fine. There is a slim chance I can get my eyesight back. We pray for a miracle every day.”

If the eyesight returns, he’ll do everything in his power to drive a race car again.

“With that said, if the doctor said driving again would jeopardize my eyesight, I wouldn’t,” said Parker. “If the good Lord decides to give me back my eyesight I will gladly accept the blessing. In my heart, if I was okay, I’d drive again today.”

Until then, Parker said, he’s back at work already, plotting ways he resumed his daily activities at his Parker Chassis shop. His eyes well with tears when discussing the outpouring of support from the drag racing community.

The support of his fellow racers has inspired his recovery. 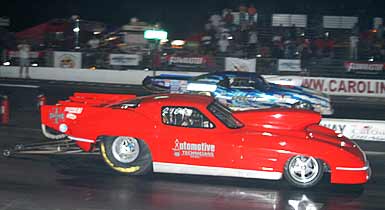 “When you face a situation like this, it’s awful easy to sit and ask, ‘Why?” Parker said. “I can tell you that I am lucky to be here and not have any brain damage. I still have my sharp mind and I am thankful for that. I wake up in the morning and think of ways I can adapt to being blind. Every morning when I wake up, I exercise my right arm and while doing that, I’m envisioning how to run a lathe. I want to continue to adapt. I will NOT sit in my house and become a couch potato. I’m too hard-headed.”

Prior to his accident, Parker had begun working with NHRA Pro Stock Bike rider Anne Hansen and even attended the Gatornationals in March, serving the role of crew chief.

“I’m going to continue to be her crew chief,” said Parker, who attended the recently completed NHRA Southern Nationals in Commerce, Ga. “In doing so, I am adapting to the mechanical side of working on the motorcycle and we already have people working on software so I can analyze the RacePak. This will help me to make the clutch and tuning calls on the motorcycle. Even though this is a bad situation, me and my family and friends are making the best of it.”

Parker credits his increased faith for solidifying his comeback.

“If there’s one positive that has come out of this has been the increased faith of my family and friends,” said Parker. “We have become closer and a lot of my friends have looked at their own lives, and the meaning of life. It has touched so many people and brought them closer. It has made our faith stronger. When you go through something like this, it weighs on you heavy. When I woke up and I knew I was going to be blind, I was determined I wasn’t going to let this get the best of me.”

Case in point, at 6 AM on the morning of his first full day home, Parker was “caught” by Jennifer trying to let their dog out to go to the bathroom.

“I have been up on my feet since I got home,” Parker admitted.

Looking back on the event of the day, Parker used logic to describe if he had the incident to go all over again.

“In life, it’s easy to go back and second guess situations,” Parker said. “If I knew I was going to get hurt, of course I wouldn’t have done it. Would I have changed anything in that test session? Absolutely not. I have the best car owner in the world. I have driven for Bill George for about 13 years. We’ve had our successes and hard times in racing, just like anyone else. We have always preached safety first. We’ll tote extra weight in an ADRL car to make sure I’m safe. Bill will never do anything with the car unless I am comfortable. When Bill puts a car in the trailer, I have 300-percent confidence that it’s 100-percent ready to go. I’ve never sat in the car that I haven’t had total confidence. This has been as hard for him as it has the rest of us.”

Parker has one message he wants to convey to those who helped him over the course of the last few months.

“I absolutely want to thank everyone … the racing community, friends and family for the support that it has given me and Jennifer, my father, my sister and my stepmother … it’s been touching,” Parker said. “I want to thank D.R.A.W. for their support too.

“I get calls from all over … and it’s touching because when we are at the races, we are all wrapped up in racing. I’ve always tried to be the kind of person who could take time out to BS with someone for a few minutes. It’s amazing how many people have reached out to us. They have positive things to say and it’s overwhelming.

“I will be back at the track in some way, shape, form or fashion. I had a good friend tell me the other day and he reminded me how I helped him to tune cars over the phone without seeing them. He wanted to tell me I had a long future in drag racing. I’ll be tuning or helping someone somehow. But I will be back.”