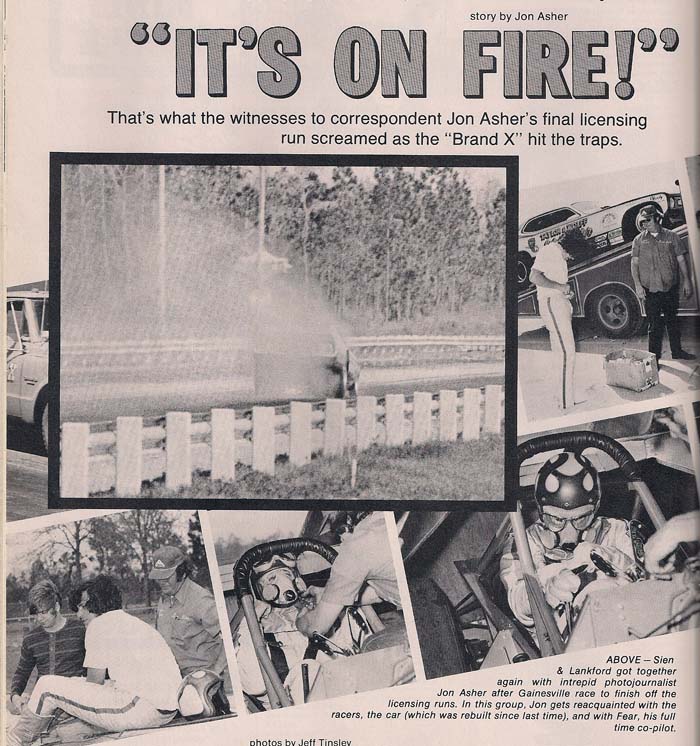 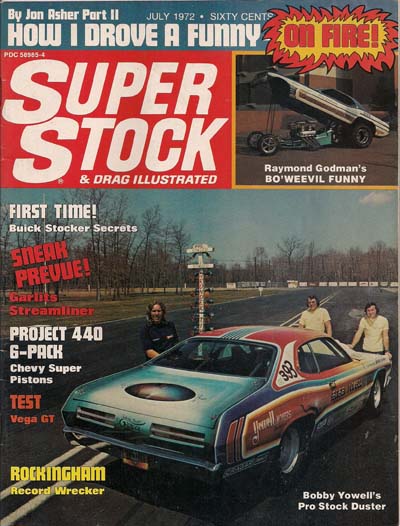 Asher, who had absolutely zero qualifications to get behind the wheel of a fuel-burning Funny Car other than being one of the best to ever photograph or write about them, made seven laps, earned his license, and, famously, caught the car on fire on his final run. "People still ask me about it every once in a while," said Asher, who was Editor of Car Craft in that magazine's best years and today is a Senior Editor at Competition Plus.

It all started at a 1971 AHRA Grand American race in Colorado when Lankford told Asher to get in his car for the warm-up. "When we were done and I shut it off, he told me, 'You ought to drive this thing sometime' " Asher said. A few months later, the day after the Manufacturers Race at Orange County International Raceway in November 1971, he did.

"The first thing I noticed was the incredible noise," said Asher, who was 29 at the time. "You're in the car, all strapped in and ready to go, and when you step on that accelerator, your first inclination is to take your foot out of it because it's shocking. I still remember the first couple of burnouts. I was waiting for this huge cloud of smoke to envelop me, and it was more like the exhale from a cigarette puff. It was embarrassing. When the car launched, it really set me back in the seat. You're trying to mentally process everything, but you suddenly realize that everything's happening a lot faster than you ever thought it would."

Asher gave a good account of himself, wheeling the '71 Mach I Mustang to an 8.71 at 175 mph and an 8.09 at 183. "I remember [Pat] Minnick [the original and longest-tenured "Chi-Town Hustler" driver] yelling at me at Orange County for not getting the parachute out on time," he recalled. "I relied on Minnick a lot when we were at Orange County; he was a huge help. At Gainesville, I leaned heavily on Cecil. He was great at getting an inexperienced driver calmed down, almost like a Frank Hawley-type."

Drivers were required to make licensing runs on two different days, and logistical concerns kept Asher from getting back in the car for another session at Orange County. Plan B – doing it at Pomona the day after the Winternationals – didn't pan out, either. Instead, his final licensing runs took place at Gainesville Raceway on March 20, 1972, the day after the Gatornationals, where "Big Daddy" Don Garlits (Top Fuel), Ed "the Ace" McCulloch (Funny Car), and Don Carlton (Pro Stock) won.

On his first attempt at Gainesville, Asher suffered through another smokeless burnout, then got his fireboot stuck under the throttle, forcing him to turn off the end of the track without ever making a run. On the next shot, he smoked in the starting line on the burnout and, the first time he ever tried to make a full pass, legged it out the back door for a 7.47 at 192 mph. "The motor went sky high when I was going through the lights on that run," he said. "The rods were probably nine feet long for the next run."

Lankford, who passed away in 2005, didn't believe it when the inexperienced Asher told him that he thought that the transmission had gone back into low gear near the finish line, but he believed it one run later when the rods came out of the block a few hundred feet off the line on Asher's final attempt.

"I didn't feel them come out – the car was still going a lot faster than anything I'd ever driven, obviously – and I stayed in it," said Asher, who coasted to an 8.92. "Everybody in the place knew it blew up, but it was still hauling ass as far as I knew. I saw some sparks down by my feet, and when I realized, 'Hey, this thing's on fire,' I didn't pull the chutes until after the fire went out because they would have just burned off. I think the only two people at the whole track who didn't panic that day were Cecil and me. Cecil 's wife, Annette, had to run all the way to the end of the track with their dog, because everybody else piled into vehicles and took off. In retrospect, my ego probably got in the way of common sense. I had just done another good burnout, my second one ever, and my confidence was sky high. I remember thinking, 'I can do this.' " 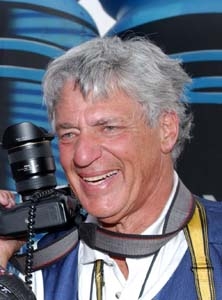 Asher bailed out the window, completely uninjured except for a slight burn on his left foot. "Cars didn't have escape hatches back then," he said. "The only one that did was the Chi-Town Hustler, and that was because Minnick too fat to get out the window."

Lankford, "Super Duster" driver Gary Henderson, who had the misfortune to loan Asher his firesuit, and track manager Terry Earwood, who would win Super Stock at the U.S. Nationals a year later, signed off on Asher's license, noting that he drove straight and true on the 7.47 and that he kept his head in a frightening, potentially disastrous situation and brought the car to an uneventful stop. Soon thereafter, Asher, who lived in Chicago at the time, got a call from Division 3 Director Bob Daniels, who was concerned about Asher's vision. "I said, 'I've got two names for you, Bob: Connie Kalitta and Dick LaHaie.' He told me my license would be in the mail the following morning."

Nearly 40 years later, Asher can remember almost every detail of both licensing sessions. "It wasn't the baddest car out there," he said, "but it was a good mid-pack car. Cecil really knew what he was doing; he was methodical about everything, and the car was safe. I wouldn't trade any of it; it was a fabulous experience."

Asher never had any intention of being a full-time Funny Car racer, though he did co-own of the "Jade Grenade" Top Fuel dragster that Sarge Arciero wheeled to the No. 1 spot at the U.S. Nationals in 1974. "When that weekend was all over and I was leaving Gainesville, I wasn't thinking about driving again," he said. "I would have, obviously, but I knew I was in no position to ask anyone for a ride. Cecil liked driving the car – he sure wasn't looking to get out of it – and I was married then and had a couple of kids and definitely didn't have enough money to do it on my own.

"People would ask me, 'So when are you going to drive again, Asher? When's your first race?' Well, I knew even that seven runs didn't qualify me to be a racer. It meant that I could get in a Funny Car and get it to the other end without running into anything. It didn't mean I could race anyone. I wasn't capable, and I knew it. Could I have, eventually? Maybe. That's the thing: I don't know if I could have proven myself as a racer because I never had to. I do know that I had a much greater appreciation for what's going on inside the car, and after that, I had zero patience for people who would criticize drivers but have never driven a car themselves. Still don't."