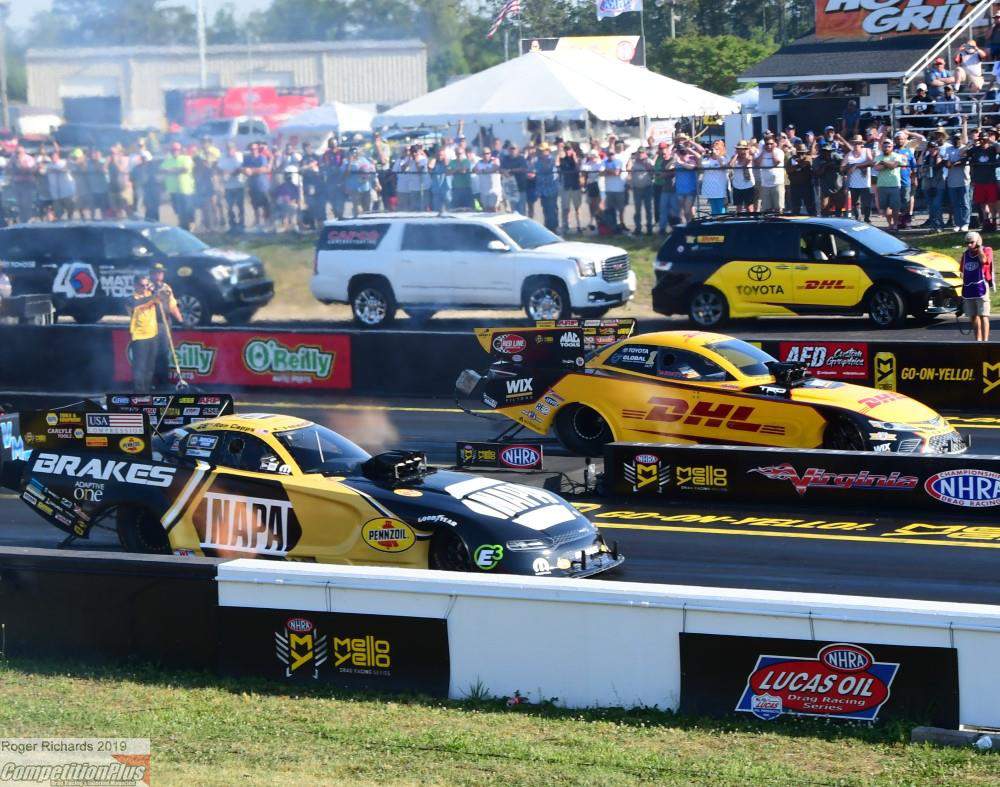 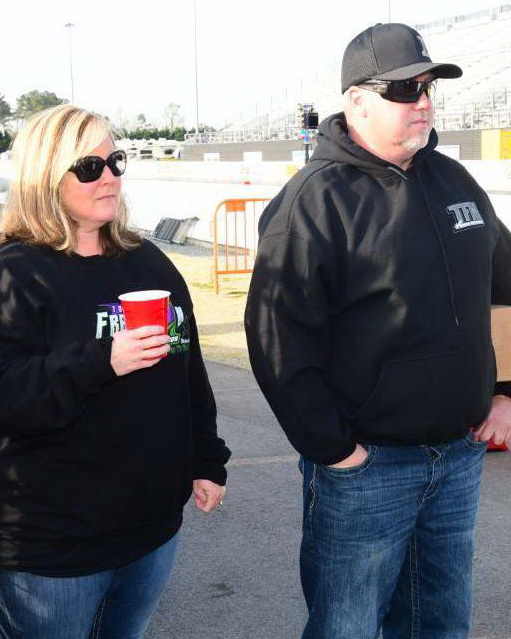 The Franklins and their team scrambled to make the Dinwiddie, Va., facility worthy of national-event status. That meant spending a staggering amount of money and engaging in an extraordinary race against the clock.

“What impressed me most,” Top Fuel racer Leah Pruett said, “is how soon the management and staff went to work to prepare for this event when they picked it up.”

Antron Brown called Tommy Franklin “definitely a patriot to our sport,” and said, “He has a passion for drag racing. What he’s doing and has already done for that racetrack is incredible. He has all of my support.”

The tour hadn’t been there since 2009, and Tommy Franklin said his staff “worked nonstop to get the facility prepared for the event. They gave VMP a new, all-concrete racing surface, and Top Fuel winner Steve Torrence said it “is one of the best racetracks I’ve ever been down. This thing’s like glass. It’s so smooth.”

Tyler Crossnoe, VMP’s vice-president, said the venue also received an LED track-lighting system and a host of “little things that nobody sees – the backup timing system equipment, track-preparation equipment, new vehicles, more grandstands at the Dirtplex (which returned from the dead as well), tools in the toolbox, a complete remodel of the two public restroom buildings under the grandstands, and plenty more.”

The Dinwiddie County Public Schools closed that Friday of the 2018 race because of anticipated heavy opening-day traffic near VMP. The next day, the NHRA announced a sellout crowd.

But the Franklins’ undeniable commitment and the popularity of the Virginia Nationals weren’t enough to save the late-May event this year. It was one of six events the sanctioning body canceled when it announced the revised schedule March 25. 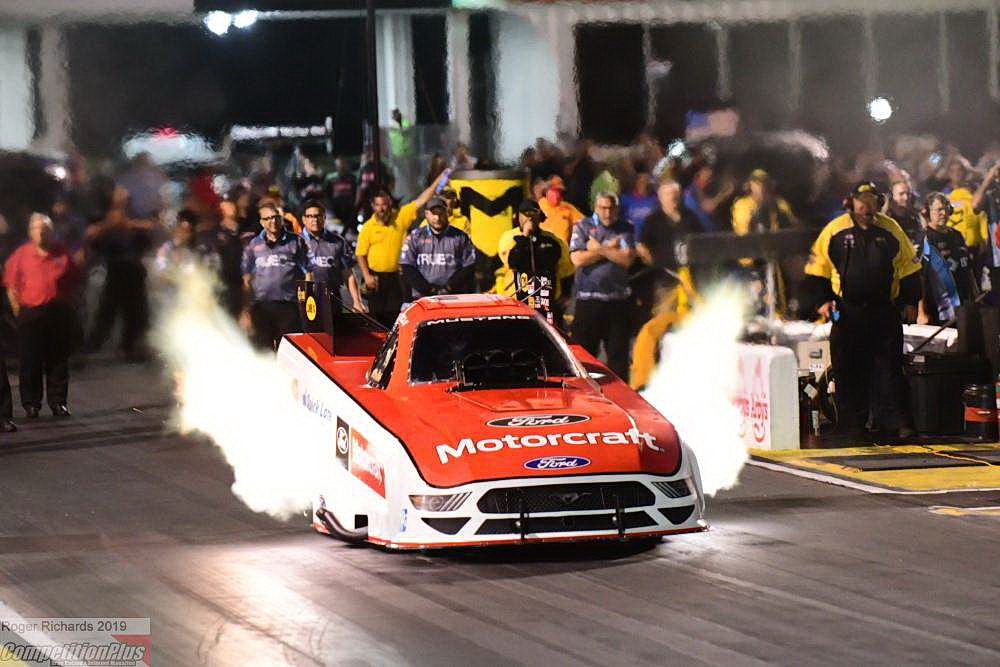 Also dropped from the new line-up are the spring races at Las Vegas and Charlotte. Both are racetracks have fall events still scheduled, and both are Speedway Motorsports, LLC-owned facilities, which also plans events at Bristol, Tenn., and Sonoma, Calif., this summer.

Canceled, too, were the Southern Nationals at NHRA-owned Atlanta Dragway and the New England Nationals at Epping, N.H. (The latter already had been moved around in the scheduled order for the third time since it became part of the circuit in 2013.)

“At times, it is a hard pill to swallow, just knowing how much as gone into the Virginia facility since Tommy and Judy Franklin purchased the facility,” Crossnoe said. “I have the ultimate pleasure to be at the helm of a racing facility that is rapidly moving to the forefront of drag racing due to some of the best ownership in the industry, and it was disheartening to lose the national event in 2020, especially after 2019 was the very first experience I had with a national event.”

However, the VMP management took the decision in stride.

“We were a part of a number of discussions with NHRA,” Crossnoe said, “but there was not a lot of options as far as our event being on the revised schedule for the season. Given the COVID-19 pandemic, a number of the events were looked at to not make the final cut of events – beginning at the Gatornationals, when the pandemic began, to an estimated end right past our scheduled date of May 29-31. Being one of the events in the estimated time span of the restrictions, we automatically were afraid of the cancelation.” 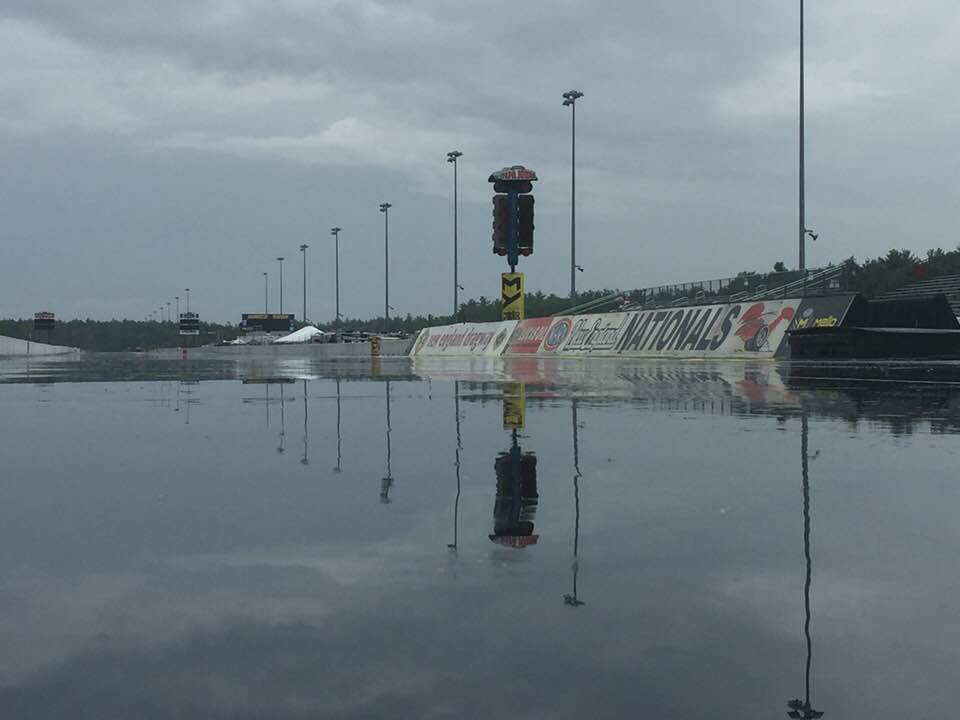 He said the company wasn’t compensated for its losses.

If the Franklins were pragmatic about the decision, New England Dragway promoter Joe Lombardo was not. The day after learning his race was wiped from the schedule, Lombardo issued his own statement that included his displeasure with the result:

“We recognize NHRA’s decision to cancel the 2020 New England Nationals is a huge disappointment to our loyal fans. It’s a significant disappointment for New England Dragway, as well. We were initially approached by NHRA to consider the possibility of postponing the event. During a special meeting of the Board of Directors, representatives of the NHRA outlined their concerns and expressed that the issue was a time-sensitive matter. With the event being five months away, the Board intended to gather more information, allow the situation to develop, and make an informed decision closer to the time of the event. The Board felt a decision to postpone was premature and notified NHRA that it wished to hold off on making a decision for 30 days. Obviously, that did not happen.  We want to stress the decision to cancel the event was made entirely by NHRA and against the wishes of New England Dragway.”

Jessica Hatcher, NHRA’s senior director of public relations and communications, said – and rightly so – that “there is no easy or elegant solution in this case.”

Calendar calendar conflicts in each market, weather, travel logistics, and property agreements always are among myriad factors in the scheduling equation. So crafting a 24-race Mello Yello Drag Racing Series lineup is messy even in normal times. Second-guessing the final picture usually is pointless.

But in Lombardo’s case, it’s also hard not to sympathize. The New England Nationals already was bumped back from its previous June and July dates, and the geographic path to its 2020 edition was odd to start with. At a time when teams had a heightened concern about escalating costs, they were being asked to travel from Brainerd, Minn., to New Hampshire to Indianapolis. Many teams cocked an eyebrow about the sense of that, long before government-mandates restrictions.

Crossnoe said, “Given the fact that we did not have a title sponsor on the event yet, that definitely makes things more difficult in rescheduling, especially when others being affected had funding already allocated towards the event, i.e., AMALIE Motor Oil Gatornationals (Gainesville, FL) and Mopar Express Lane SpringNationals, presented by: Pennzoil (Houston, TX).”

Racing tentatively will resume June 5-7 with the Gatornationals at Gainesville, Fla., and that event has a Sept. 25-27 make-up date, if necessary. The Houston race, originally set for April 17-19, is postponed until June 12-14, with an Oct. 9-11 make-up date penciled in.

A solution to save the Richmond and Epping events – all while saving teams money with the travel budgets – was available. But the NHRA chose to cut out trips to Richmond and Epping and give a second and even third chance to both Gainesville and Houston.

The new agenda calls for the following sequence of races: 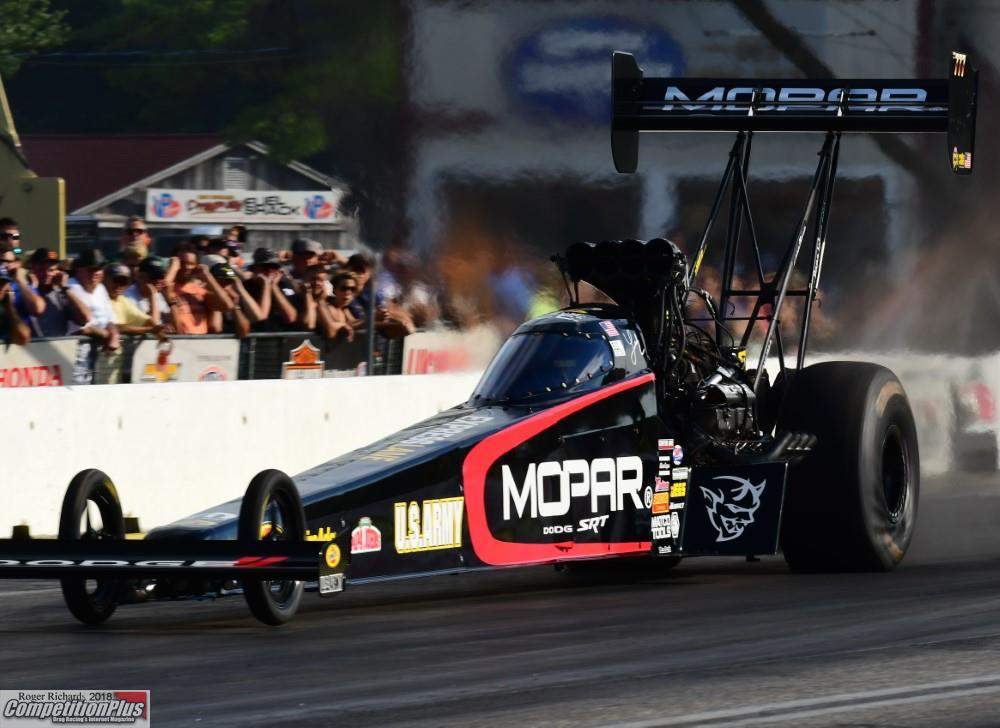 Without access to all details regarding the various markets, it appears the sanctioning body could have accommodated the Epping and Richmond communities.

It could have moved the Epping race into the Sept. 18-20 Charlotte slot and move the Charlotte race one week back into what’s now the Gainesville make-up weekend. That wouldn’t conflict with any NASCAR dates at Charlotte Motor Speedway. (NASCAR’s Bank Of America Roval 400 is unaffected so far for the Oct. 11 weekend.)

The NHRA also could have moved the St. Louis race a week back into the Oct. 9-11 Houston make-up slot. That would have opened up the Oct. 2-4 weekend for Richmond. That way, the teams would make a logical (and money-saving) swing through (in order) Reading, Epping, Charlotte, Richmond, St. Louis, and Dallas.

Hatcher told Autoweek, “Regarding all of the scenarios discussed, they tirelessly examined every possible option to find the best possible solution. This meant numerous calls with community officials, sponsors, teams, tracks, etc. Ultimately, this was the most robust schedule they could offer.”

The fall Charlotte event has become a four-wide event. At Las Vegas, the schedule called for a four-wide format at the spring race, but the fall Las Vegas race will remain a traditionally formatted event.