FUELIN’ AROUND TO LAUNCH IN VEGAS 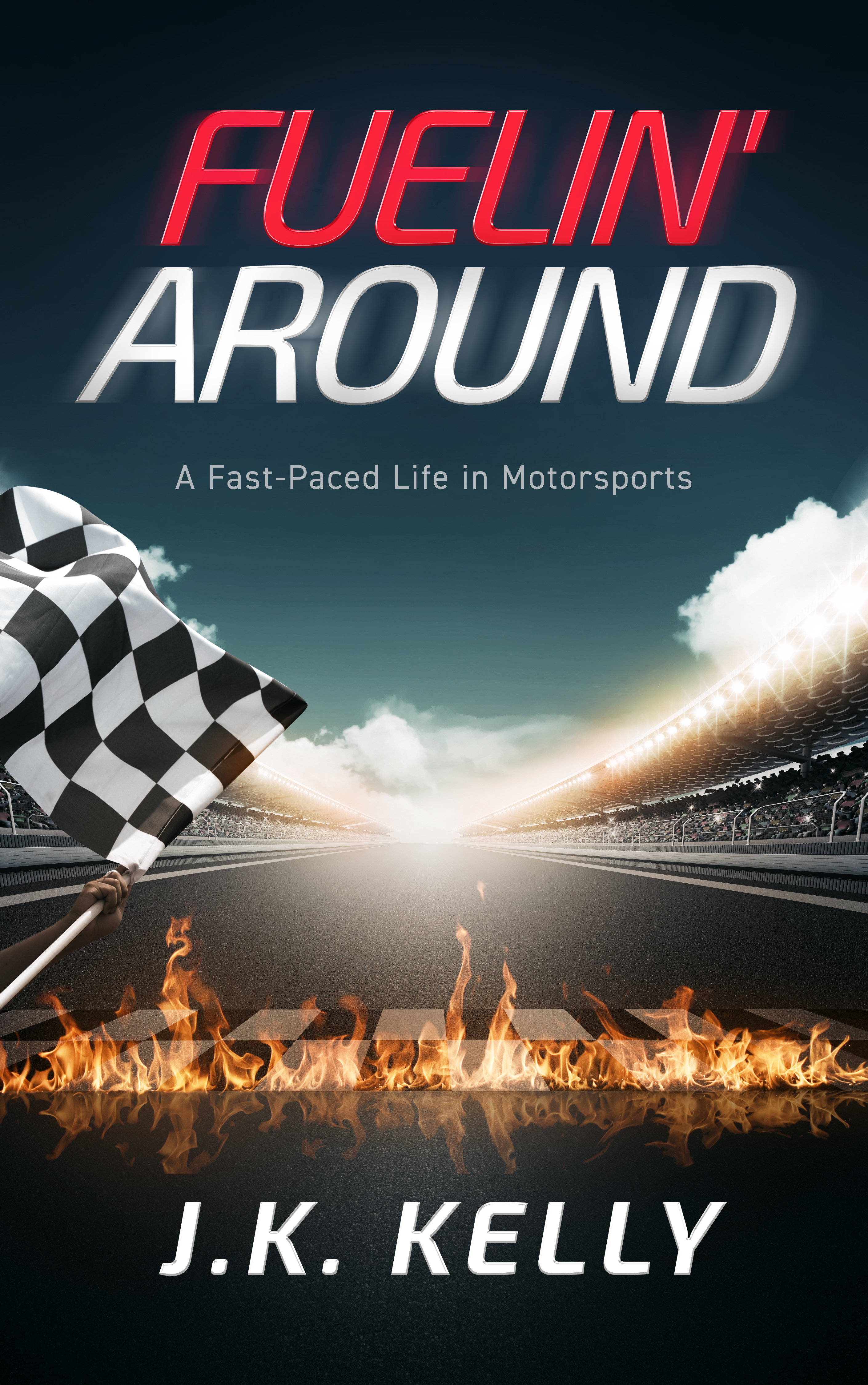 FUELIN’ AROUND, the much-anticipated novel by motorsports veteran JK Kelly, will launch October 30th at the SEMA Show in Las Vegas.

“People say I’ve had a really interesting life and wanted to know more,” said Kelly, whose debut novel FOUND IN TIME received five star reviews and an unreserved recommendation from the Midwest Book Review.  “FUELIN’ AROUND is funny, fast-paced, sad, exciting, and humbling. We’ve all had our ups and downs but at least by reading this everyone can rest assured that if a dreamer like me can succeed then there’s hope. Luck has played a very big part in my life so it’s only fitting we’re going to launch in Vegas.”

Kelly got his first writing and photography credits in Super Stock, Car Craft, and Hot Rod magazines and drove to Pomona from San Antonio in ’78 to deliver drums of race fuel for a Texan named Steve Burns to an up and coming racer, Warren Johnson. He then landed his dream job as the PR Director for Darrell Waltrip and the Gatorade 88 NASCAR racing team. From there, when an opportunity at a young VP Racing Fuels opened, Kelly went all in and spent nearly thirty years helping to build the business.

FUELIN’ AROUND chronicles the many entertaining, thought provoking, and heart breaking moments of his personal and professional life as Kelly reveals a behind the scenes look at how VP waged an epic David versus Goliath war against the giants of the industry.

In his review of FUELIN' AROUND, Eurodragster News Editor Andy Rogers wrote, “I read the first half of the book in one sitting, which in itself says a lot. I could not put the book down. Most enjoyable stories that made me laugh out loud.” John DiBartolomeo of Drag Racing Edge Magazine commented, “A page-turner you’re going to attempt to read in one shot and if not, it’s going to keep you coming back.”

Fuelin’ Around is now available on Amazon, Kindle, Barnes & Noble, and at book signings in New York, Philadelphia, and the U.K. For more information visit jkkelly.com.