BOOK REVIEW: “I WAS THERE!, VOLUMES 1 AND II 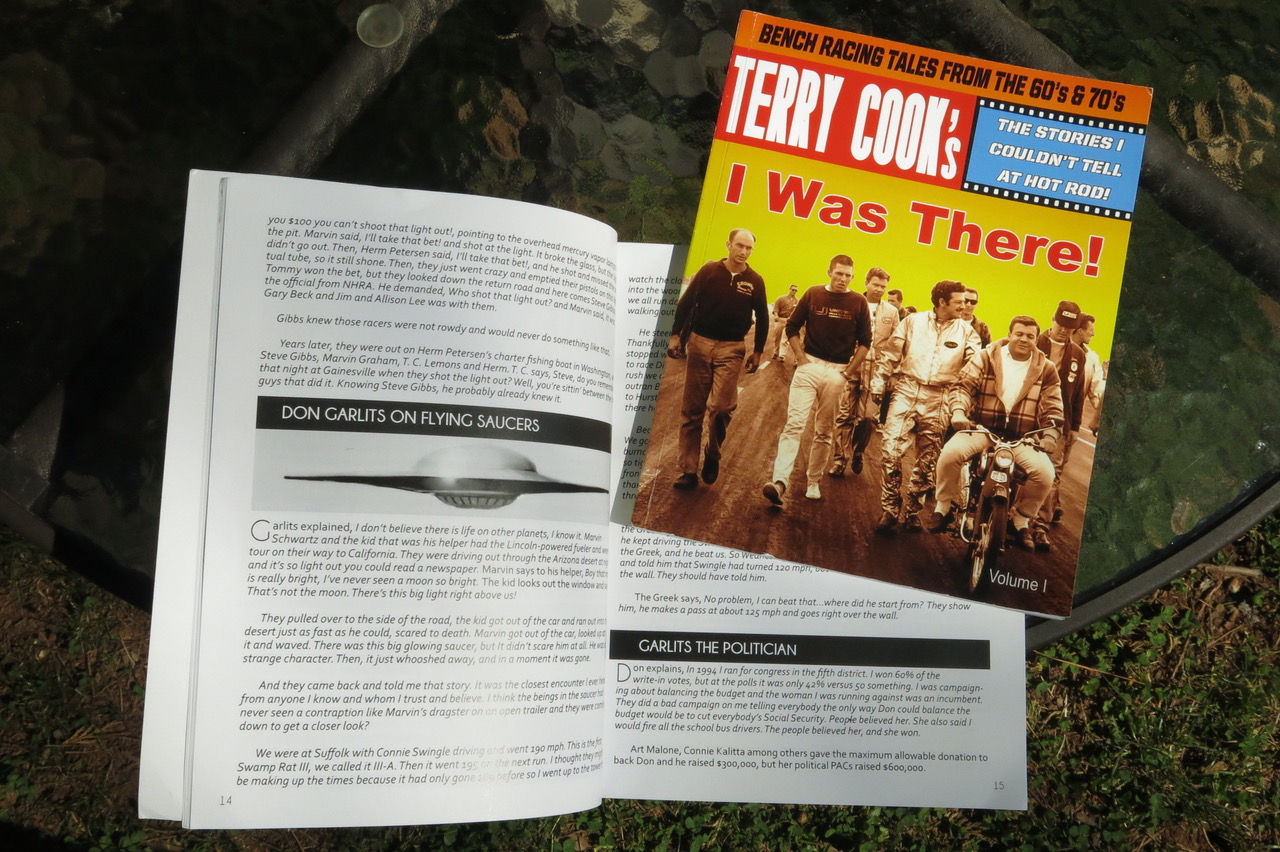 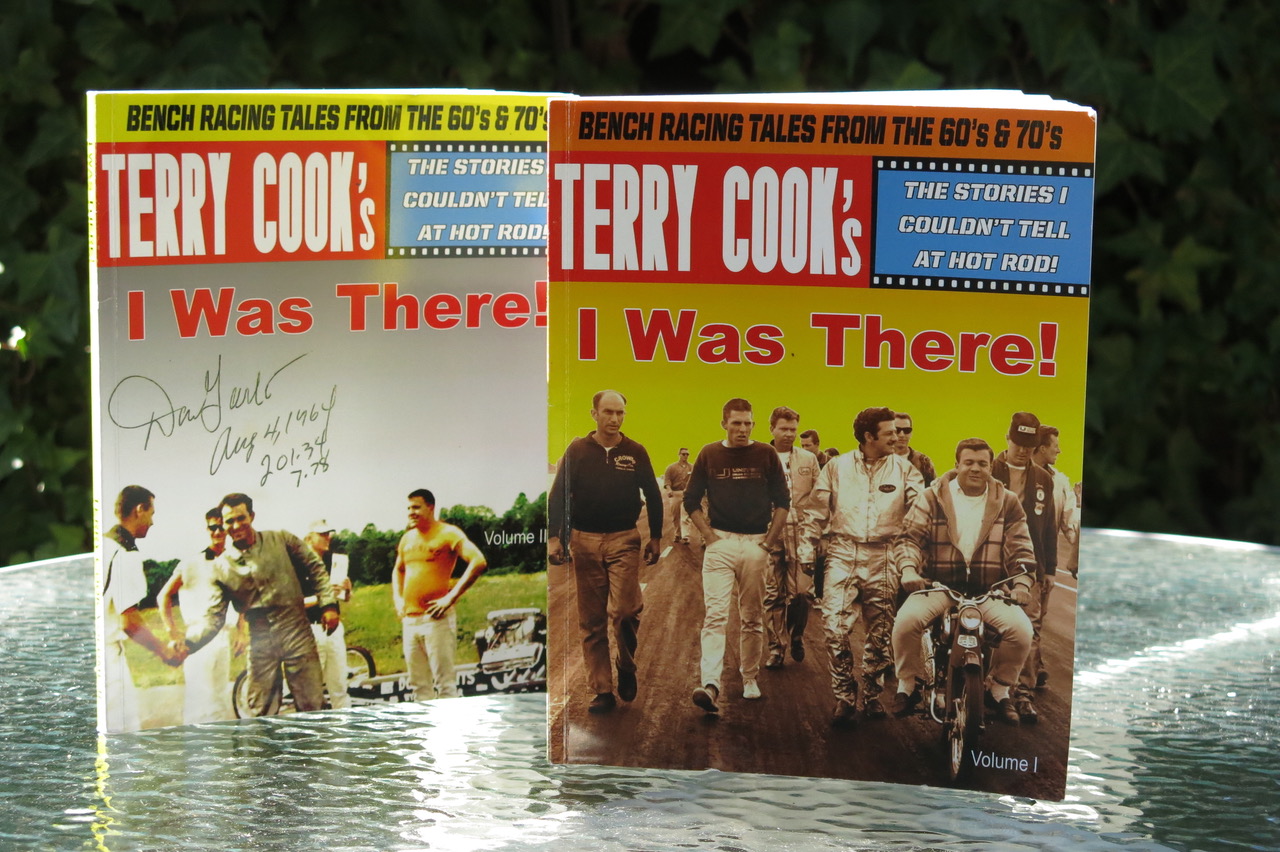 Terry Cook's first two books bring to mind an African proverb lamenting, "When an old man dies, a library burns to the ground." Cook's figurative "library" is larger than most because he lived more lives than most cats, all the while collecting the kinds of insider stories that passed among the power players of hot rodding, drag racing, publishing, and the wider aftermarket industry that they were collectively creating. Luckily, this 79-year-old started gathering and typing them up before a vast and unique "library" of previously-unreported tales burned to the ground.

Speaking of luck, Cook is quick to credit the quirk of fate that landed him on the planet in A.D. 1942, just in time for postwar prosperity and hot rodding's explosive growth. His teenage gig as drag-strip flag starter led to a regional Drag News column ("New Jersey News") that earned a job offer with a new SoCal start-up, Drag World, during Terry's first trip to California. When that struggling weekly was sold to AHRA and relocated to Kansas City in 1966, Car Craft snatched him up as a staff writer. Cook went on to become one of an elite few editors of both CC and Hot Rod magazines before heading for home at the top of his game in 1973, spooked by earthquakes and frustrated by Petersen Publishing Company's internal politics.

Thus did hot rodding's highest-profile editorial figure suddenly fall so far below the industry's radar that older readers are likely seeing his name referenced for the first time in nearly half a century. It's not like Cook hasn't been busy; various jobs and successful start-ups followed (most notably, his Lead East events). Those other ventures are recalled in some of these stories, but drag racing's golden age dominates both volumes in words and black-and-white photos. The books are not chronological; material that didn't fit into Volume I went into Volume II.

Anyone who's still reading this review will not be disappointed in either. You really should buy them together, without delay, because (1) Terry's initial press run was minimal, and (2) shipping costs the same $4 for one or both. Cover price is $19.99 for Volume I and $19.99 for Volume II. Purchase via PayPal at TCookBooks.com, or snail-mail a check or money order to Terry Cook Books, P.O. Box 123, Chester, NJ 07930-0123. 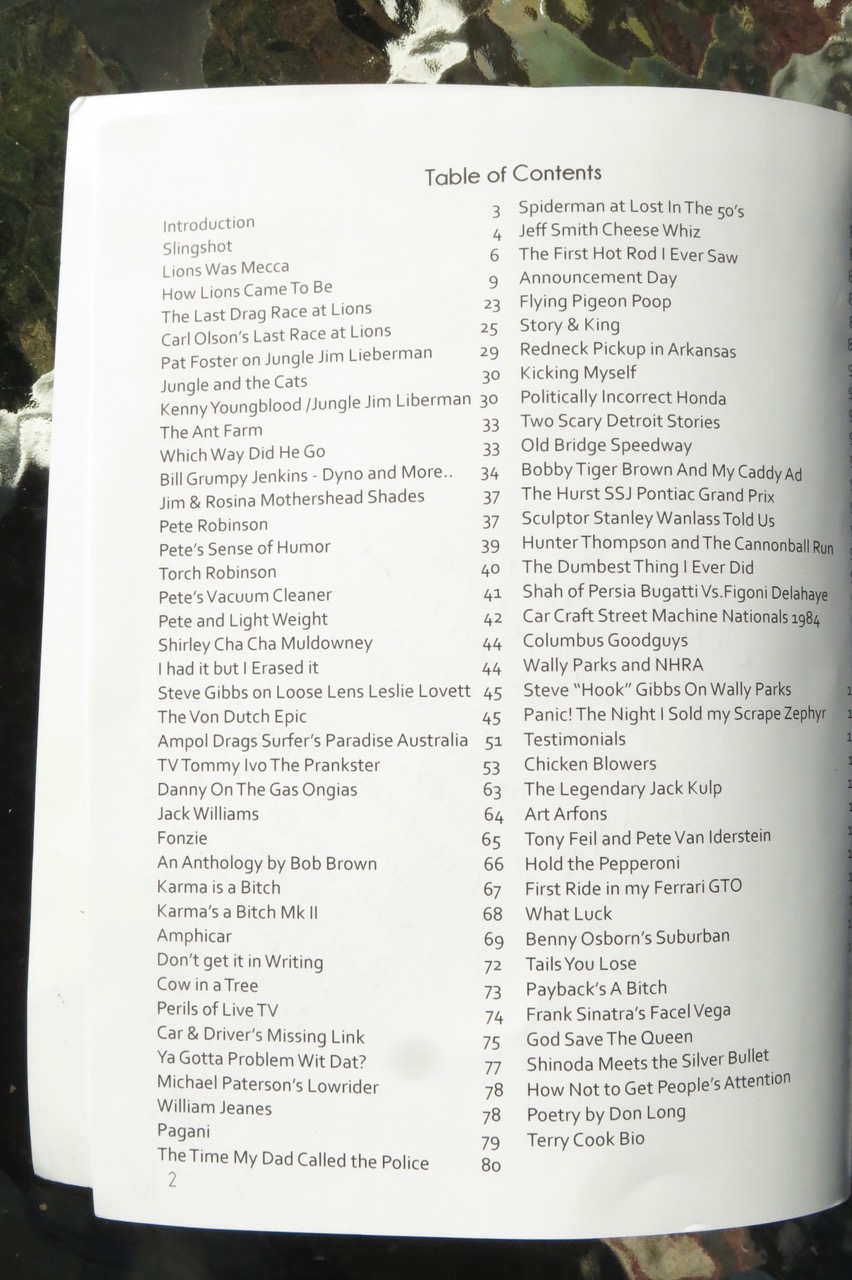 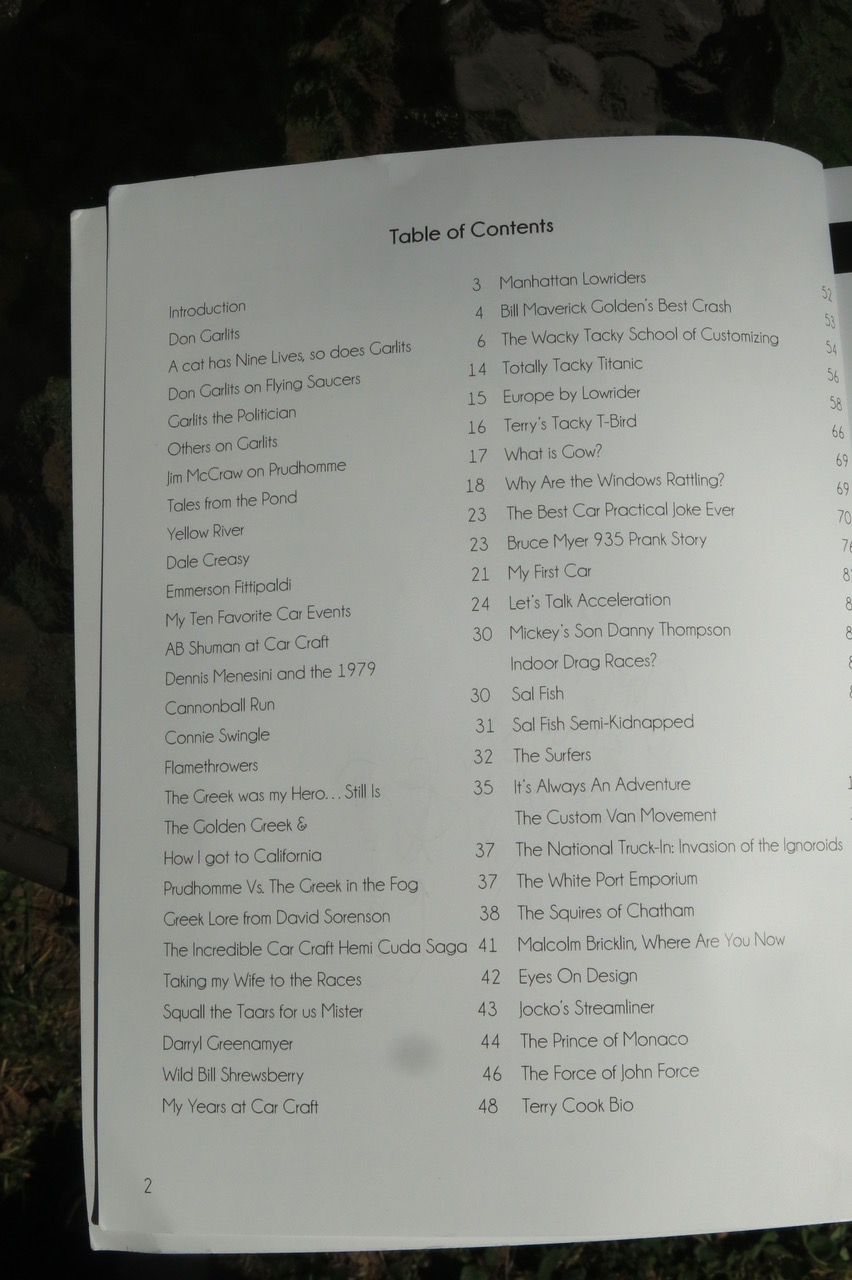