Castrol EDGE Top Fuel driver Brittany Force threw out the ceremonial first pitch at Victory Field in downtown Indianapolis Tuesday night for the Indianapolis Indians Triple-A minor-league game. Shawn Langdon, one of her Top Fuel competitors from Al-Anabi Racing, also participated in the pre-game festivities. "It was definitely something different," Force said. "I've never done anything like that before."

The 27-year-old Top Fuel rookie had excellent luck this week with ping-pong balls, too. She received the most fan votes among eligible Top Fuel racers for the final berth in the Traxxas Nitro Shootout. The lottery winner was decided by different-colored ping-pong balls in a hopper, with each driver assigned a specific color. Force had 49 of the 100 balls in the hopper, and one of hers popped out in the Monument Circle drawing Wednesday at NHRA Fan Fest in downtown Indianapolis. She'll start her quest for the $100,000 winner's prize against top seed and points leader Shawn Langdon. Her sister Courtney and dad John will compete in the Funny Car version of the Traxxas Shootout.  "

This is very cool, and I'm so excited," Force said. "I remember watching my dad race in all the Big Bud Shootouts growing up, and to follow in his footsteps and get a chance to compete in the Traxxas Nitro Shootout, it's awesome. This is an unbelievable feeling.

This is an editorial that will anger crew chiefs and team owners. It will result in comments like “What the hell do you know about it?” It will produce negative comments such as those that swirled around the suggestions that Hall of Famer Dale Armstrong made about slowing the cars. Numerous tuners – apparently oblivious to history – decried Armstrong’s suggestions, some of them actually saying, “He doesn’t know what’s going on out here. He‘s not out here every week,” as if he’d forgotten everything that had made him one of the most brilliant individuals to have ever been involved in the sport.

So, recognizing that this isn’t going to go down well with a lot of people, I’ll forge ahead regardless, because if some things about professional drag racing don’t start changing, and I mean changing in short order, our already declining attendance is going to disappear altogether.

As the title states, racing is one of the primary problems with today’s NHRA Drag Racing agenda. Wait! Isn’t this supposed to be about racing? Well, yes and no. Pure drag racing is one thing, but without an aspect of showmanship thrown in the activity is without soul, without charisma and without a hook to bring in the casual fan. And without that casual fan we’re going nowhere because there aren’t enough hard core fans to fill the seats and make the endeavor profitable.

STRAIGHT UP - NHRA RACERS IDLE BUT THEY'RE BUSY, CALCULATING

When Winston sponsored the NHRA professional series, it sponsored the No-Bull Showdown between Top Fuel dragsters and Funny Cars at Bristol, Tenn. But Lex Dudas' Maple Grove Raceway near Reading, Pa., can top that.

The dragstrip that last October produced national records in all pro classes . . .  the dragstrip on which the sport's best set performance milestones . . . will see more than horsepower. It will be the site next June 7 of the Northeast Great Bull Run.

STRAIGHT UP: SOME HUMOR, SOME SADNESS, SOME SCARES AT SONOMA

Picturing opponents in their underwear, not dressing up like peasants, and Ford Funny Car drivers trying to wear brave smiles . . . It all happened in California Wine Country at this past weekend's Sonoma Nationals at Sonoma Raceway. Crashes and controversies, a bombshell announcement, and even a little bit of silliness marked the middle weekend of the Western Swing. Read for yourself . . . 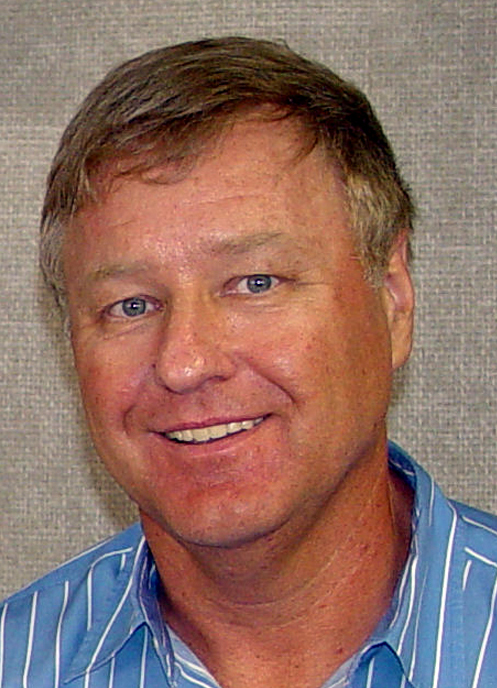 What are the business ramifications of Ford’s decision to withdraw its support from the NHRA Mello Yello series when existing contracts expire after the 2014 season? CompetitionPlus.com columnist Michael Knight offers some quick thoughts based on his quarter-century of insider experience as a driver, team, sponsor and series representative in most of the major auto racing series. He represented Valvoline in NHRA, working with Joe Amato and the late Darrell Russell, among others.

BOBBY BENNETT: FORD, PLEASE GIVE THIS A SECOND THOUGHT

A statement by Bob Tasca III, whose family is a staple in Ford’s motorsports history, piqued my interest.

Tasca’s comment was on Ford’s announcement they would pull out of the NHRA Mello Yello Drag Racing Series at the conclusion of 2014, leaving no presence on the big stage of professional drag racing.

“For Ford to make a decision to pull out of professional drag racing, I truly believe they have underestimated the passion and loyalty of the NHRA fans,” pointed out Tasca.

Ford did point out Friday it was not leaving drag racing altogether but would focus its efforts on supporting the Cobra Jet program firmly entrenched in sportsman competition.

STRAIGHT UP: OF ROCKS, BEASTS, STREAKS & STRUGGLES, POPSICLE STICKS, AND A SAD FAREWELL . . .

A look back at Denver and a look ahead to this weekend's Sonoma Raceway event in Northern California yielded some news nuggets and quotable quotes . . .

ESPN will not have the rights to any NASCAR programming starting in 2015 and how that might affect NHRA will be worth watching.

It could be a positive: The loss of Sprint Cup and Nationwide series races, qualifying and practice sessions could mean increased opportunities for live drag racing coverage. NHRA and ESPN experimented with “live” earlier this season at the SpringNationals. There’s a growing consensus within the industry that the social media instant-information revolution has rendered NHRA’s traditional same-day delayed format outmoded.

It could be a negative: ESPN, having lost Sprint Cup which attracts the largest TV audience of any U.S. racing series, could de-emphasize overall motorsports coverage. With NASCAR gone, Formula One now on NBC Sports Network and the Izod IndyCar series contractually bound to NBCSN to 2018 (ABC televised the Indianapolis 500 and five other races this year), NHRA could be left as a programming oddity at ESPN. The only major auto racing series currently without an announced TV home in the near term is the United SportsCar Series. That’s what the Grand-Am and American Le Mans Series will be called when they merge next year. That tour is expected to include only 10-to-12 races, however, including the Rolex 24 at Daytona and the 12 Hours of Sebring.

MICHAEL KNIGHT: LOTS OF POSITIVES TO GO AROUND

I asked Tom Compton if he wanted to take a victory lap.

“No. It's about a lot of people,” NHRA’s president answered.

But June 16-23 was a good -- very good -- week for the sanction. So, in a business where the leader deserves to take credit for the positives and is going to take blame for the negatives, it was fair enough for Compton to take his due.

MICHAEL KNIGHT: CHANGE CAN BE GOOD

I was talking to one of my Business of Racing sources who is connected to Wall St. the way Don Schumacher is the drag strip. As it was mid-May, and this fellow has family ties to Indiana, some Indianapolis 500 discussion was as natural as guys wanting to have their picture taken with Courtney Force.

My briefcase-carrying contact had briefly met Mark Miles, who is not only the new CEO of the Indianapolis Motor Speedway and Izod IndyCar series, but all of the business enterprises owned by the Hulman-George family. Miles is the fourth different series leader in as many years, and that management instability is one reason the Speedway and the series face so many challenges to regain lost media coverage, TV audience, ticket buyers and corporate support.

“Stable leadership is essential in business,” my friend said. “Uncertainty makes people nervous, unsure, very cautious. Especially when they are considering a seven or eight figure sponsorship. It makes them tend to back away.”