JON ASHER: ANOTHER FAILURE TO LEAD 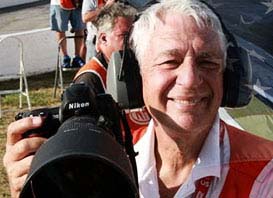 I wrote an editorial under the above title, with a different subtitle, on April 2, but after re-reading it I decided to round file it. The first three ‘graphs addressed the continuing concerns about COVID-19 and how I felt NHRA was in error suggesting a return to racing with LODRS racing in mid-May. Late on the afternoon of April 24 NHRA wisely announced the postponements of those four events, but the initial announcement only appeared on nhraracer.com and was not in the form of a general press release distributed to the media.

Regardless of those postponements and how they were announced it does not make up for the tremendous amount of lost momentum that’s resulted from NHRA’s media inaction since mid-March. The last press release that scrolled across my screen from NHRA was dated April 2 announcing the proposed race dates. Glendora has remained silent for the last 22 days.

During the ensuing three weeks-plus, every media outlet known to publish motorsports news has received a plethora of releases from NASCAR, IndyCar, IMSA and numerous other organizations. In addition, many of us are also being bombarded with a long string of releases prepared and distributed by the teams competing on those circuits. Sure, a great many of them – heck, most in fact – are in some way related to the virtual racing events those organizations are hosting online. So what if they aren’t what we’d call “hard news.” The point is, they’re out there.

Just how much importance is being given to virtual racing in the absence of the real thing? Consider that Chevrolet’s highly competent PR team is churning out results releases and “post-race” interviews on an almost daily basis for virtual NASCAR and IndyCar events. They wouldn’t be doing that if they didn’t see the value in maintaining regular contact with their fans and the media. Meanwhile, Chevrolet has nothing to say about drag racing because drag racing’s leadership isn’t giving them anything to talk about.

Since COVID-19 arrived Sports Business Journal has been producing daily round-ups of the latest developments in the world of sports as they relate to the pandemic, distributing them free to not only their paid subscribers, but to everyone who ever was a subscriber. Most importantly, also on the receiving end of those releases is every conceivable type of print and broadcast media outlet. The information provided is more than interesting, it’s a window into what we might be seeing in the months ahead as there are regular interviews with various league officials as well as their broadcast and sponsorship partners.

Friday’s release included a status update from 26 different leagues and organizations, including behemoths like NASCAR, MLB, F-1, the NBA, the NCAA and the NFL. Also included are markedly smaller entities like the East Coast Hockey League, the Pro Bull Riders, the already folded XFL and the UFC. Noticeably absent – the National Hot Rod Association.

About a week ago the president held a long conference call with NCAA conference leaders, the management of the NFL, NASCAR and IndyCar and numerous others in the sports world. Noticeably absent – the National Hot Rod Association.

Meanwhile, when a journalist reached out to one of NHRA’s senior public relations people he was informed that the individual had been furloughed and was unable to assist. So, at a time when a journalist was actually trying to provide drag racing with some publicity he was not only rebuffed, he was directed to an individual who has consistently proven to be hard to reach and even more difficult to obtain a response from.

There are a number of talented PR people working with individual race teams in drag racing, but since the advent of the virus, there have been communications from just two of them. Yes, they are struggling to produce copy with relevance, but at least they’re producing something. It would appear that a number of teams and/or sponsors have furloughed or outright let go their PR people, leaving the teams as bereft of exposure as is NHRA Drag Racing itself. That’s actually kind of ironic, because many observers have noted in recent years that NHRA has essentially ceded a great deal of their media efforts to those team PR people, either because they’re tacitly admitting the team’s promotional efforts are better than their own, or they’re simply not paying attention to one of the most important aspects of our endeavor – media exposure.

A very long time ago I was taught a valuable lesson about marketing and promotions by an individual then in a top executive position in a company generating about a half-billion in annual revenue. There had been a temporary downturn in the company’s fortunes, so management responded by not only dropping just about every promotional program they were involved with, they fired the staff people who ran them in a misplaced effort to save money. The argument against doing so was that, when times improved, those companies who had kept their names in front of the public would come out ahead in the long run, and those who remained quiet would have far more difficulty re-connecting with the public.

That is exactly what came to pass, and that’s exactly what’s going to happen to drag racing, and NHRA drag racing in particular, if the activity continues to be virtually invisible. Every motorsports organization in North America is doing its best to remain as relevant as possible without actually racing – with the exception of the National Hot Rod Association In times like these, where online viewing is clearly more expansive than it was three months ago, where online virtual racing events are attracting hundreds of thousands of viewers, NHRA’s invisibility is akin to its being completely out of business. And that, of course, brings up an even tougher point: Will the NHRA as we knew it in 2019 even remain in business in 2021?

For more than three weeks the only drag racing news we’ve seen has come from a couple of race teams and a few racing venues. It appears that those charged with the sport’s future have abdicated those responsibilities and turned everything over to a few track owners and race teams. What else are we to think when there is no regular messaging from the NHRA, no concerted effort (apparently) to be included in things like the SBJ reportage and no concerted effort (apparently) to be included in discussions at the top levels of the federal government. Who knows if NHRA has been in contact with the governors of the states in which races are scheduled? Even that would be news about drag racing, and might even include a mention of the series sponsor, an always welcome development.

The result of this inactivity and ineptitude is that drag racing is being further pushed down the chain of media coverage and respect. We are being viewed as a third-rate activity because no one in Glendora had the foresight to recognize that now, more than ever before, NHRA needed its most professional and aggressive public relations efforts. The way they operate – heck, the way they always operate -- is to save pennies now, and worry about the loss of hundreds of thousands of dollars at some unspecified future date, hopefully (for them) after all the managers have retired with their Golden Parachutes.

Are we naïve enough to think Coca-Cola is okay with not seeing a single story about drag racing and their involvement in it for more than three weeks? Even if NHRA had put out a release basically saying “We’re not yet sure when we can re-start the NHRA Mello Yello Series, but…” at least they would have been saying something and it would have mentioned the series sponsor.

Is NHRA so oblivious to reality that they failed to note the massive amount of publicity that was generated by a NASCAR driver’s minor associate sponsor firing him for quitting in frustration during a virtual race online? Why did that get so much coverage? Because of the firing? Sure, it was kind of funny, but it generated tons of publicity because there was no other real racing news to talk about!

While other racing organizations have announced plans to assist the victims of COVID-19 in various ways the silence from Glendora has been chilling. Yes, DSR and a few others have publicly announced plans to help, but where is NHRA in all of this? MIA is the gentlest way of putting it.

Ask ten-time world champion Bob Glidden what he remembers about the only known undefeated Pro Stock car in drag racing history and he’ll tell you it had an appearance that only a mother could love. - https://t.co/jJpCcVoKps pic.twitter.com/UftKe4v7mc