The second half of this season started with a most-memorable July. A single Sunday served up two of the biggest milestones in drag racing’s history: the first believable, officially-backed-up 200s and the debt of blown, nitro-burning “stockers,” both on July 12.

Interestingly, Garlits was not the favorite to break the double-century barrier first, given the flurry of 198s and 199s coming from California cars this year. No, smart money had either Frank Cannon or Paul Sutherland blasting through first in the revolutionary "Flexy-Flyers" from Woody Gilmore's Race Car Engineering (where none other than Sutherland welded up Woody's first set of Chrysler zoomies for the Dave Zeuschel 392 in Cannon’s fueler). Both SoCal favorites were beaten to the punch by two weeks by Garlits, who punctured the barrier repeatedly and convincingly. [Historical footnote: While it’s true that one-off clockings of 200-plus had been reported — and promoted — even before the Greek’s controversial 204.54 in 1960 (when other hitters were barely cracking 180), it would be another four years before double-century speeds were universally accepted.]

Jack Chrisman's radical midseason conversion of the '64 Sachs & Son A/FX Comet that dominated SoCal class racing with Bill Shrewsberry driving was FoMoCo’s radical response to the three-car Dodge Chargers team. After Chargers codriver Jim Johnson topped 141 mph on gasoline in Lions testing, Mercury's racing division determined to deny Chrysler Corporation the promotional benefits of a 150-mph "stocker." Chrisman, a veteran slingshot racer and NHRA's original national champion (1961), was commissioned to break that barrier using Dearborn hardware. Jack didn't mess around: Whereas the Mopars retained Torqueflite transmissions and full interiors, Jack hooked a blown, injected, nitro-burning 427 directly to the Comet's rearend, Top Fuel-style. The Caliente nearly accomplished its mission the first time out, clocking 148.27 mph (in 10.38 seconds) on July 12 in Fremont, California. Labor Day weekend, it wowed the NHRA Nationals crowd with blasts as fast as 156.31, despite smoking its M&H dragster slicks past the eighth-mile mark. Ironically, at Indy, "B/FD" was lettered on the windows of a car that launched the first and only challenge to fuel dragsters as "kings of the sport."

Yet another lasting innovation from the latter part of 1964 is exhibition wheelstanding. A mid-engined, cab-forward, rear-weighted pickup that Dodge intended to race as legitimate A/FXer produced far too much traction for its own good—until Super Stock racer Bill "Maverick" Golden bravely rode out the wheelies in whichever direction the Little Red Wagon wandered. He took over from Detroit builders Jay Branstner and Jay Howell and immediately commanded the same $1000 appearance fee that match-race pros Garlits and Karamesines had spent a decade establishing.

Dick Landy, whose clean machines and clean-cut image made him a favorite son of conservative NHRA, shocked the establishment right after Indy by whacking the wheelbase of his legal Super Stock (also A/Modified Production) Hemi Dodge for lucrative eastern match races. Nobody suspected that this so-called “funny-looking car” was secretly the test vehicle for a whole fleet of radically-altered ’65 Mopars waiting in the wings.

Last but not least, the overhead-camshaft 427 that NASCAR banished from superspeedway races was getting shoehorned into some of the first fastback Mustangs manufactured. In fact, secret track testing of the very first SOHC car occurred in late December (with a single-carb NASCAR intake, pending release of an eight-barrel setup for the drags). Because these purpose-built Holman-Moody A/FXers were not formally introduced until the new year, we'll save them for the early-1965 installment of Power Trails.

If you just can’t wait, these and other issues of both Drag News and Drag Sport Illustrated can be read in their entirety as individual page scans on computer-viewable CDs available from WDIFL.com. 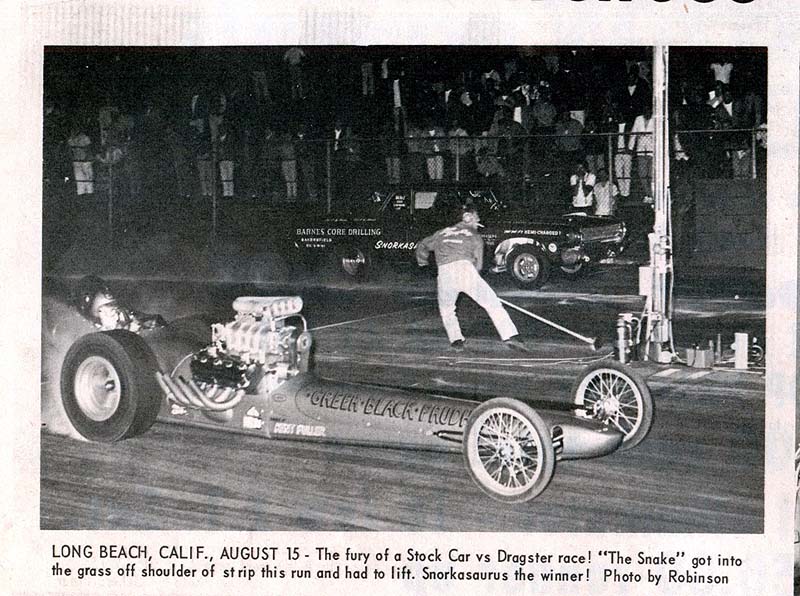 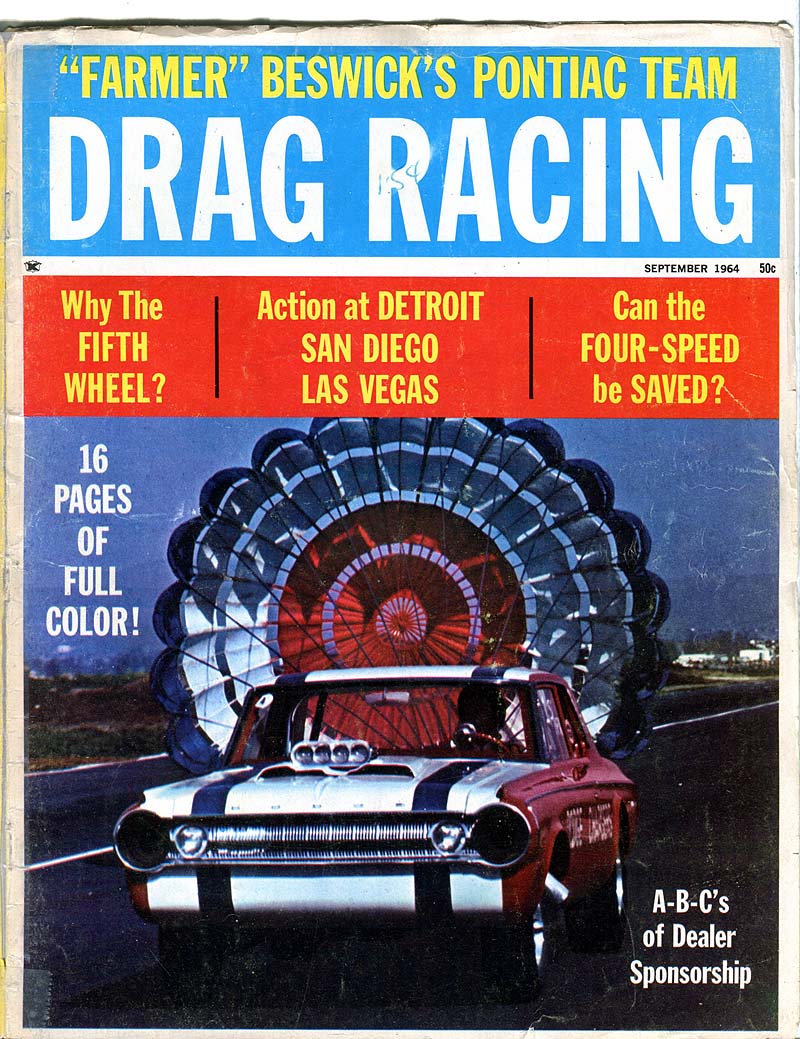